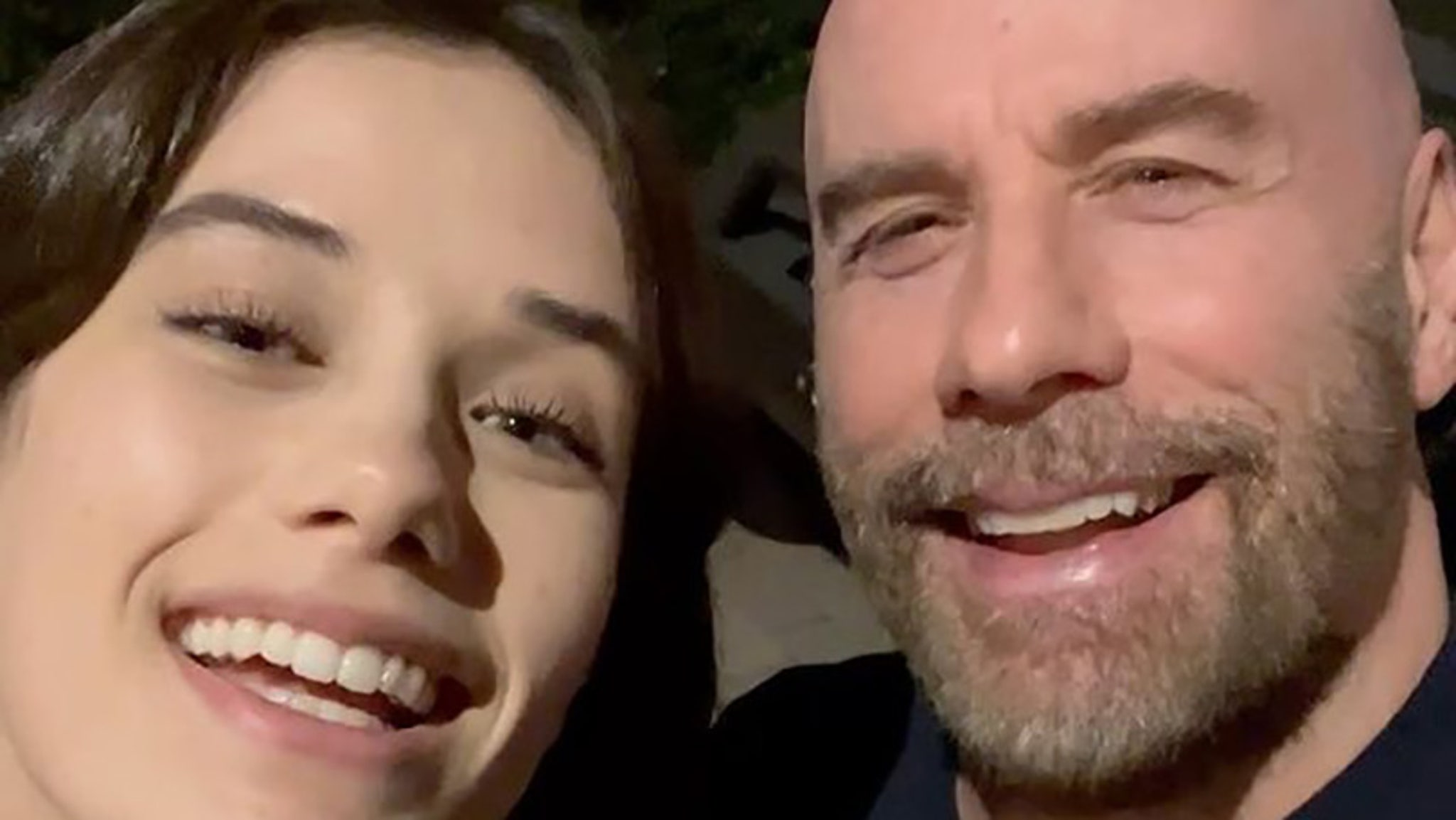 The 21-year-old singer is “Dizzy” with excitement as she debuts her first-ever single, with a little lip sync assist from proud papa John Travolta.

The relationship between John Travolta and daughter Ella always brings a smile as there is so much genuine love and affection between the father-and-daughter duo in all of their social media collaborations.

This time, John put himself firmly in the supporting role, but he couldn’t have been prouder as she debuted her first-ever single, “Dizzy.” While the track was released across multiple streaming services, John and Ella both shared an accompanying video that chronicled Ella’s songwriting journey.

“So happy and excited to say that my first single, ‘Dizzy,’ is out now!!!” Ella captioned her share. “It’s been a long time coming but I’m still that 14 year old weird girl at heart and I love it😉 Hope you like it.”

The video starts with a fairly tepid piano and vocal performance, but it only grows in confidence as the clip progresses through different moments of Ella performing, perfecting and recording the song.

Ultimately, we seem to land on the recorded and released audio of the song, but even that featured an adorably sweet moment between father and daughter.

At first, Ella is seen lip syncing to her track with a big smile on her face. Within a few moments, though, John joins her and does an admirable right in his own job of lip syncing to the track.

There’s just such a twinkle in his eye of fatherly pride throughout the whole thing, culminating in a quick kiss on the cheek from her to him, and then vice-versa.

Clearly Ella is the multi-talented threat that her father is. She’s already following in both of her parents’ footsteps (her mother is the late actress Kelly Preston) as an actress, having landed her first starring role as the lead in the upcoming film, “Get Lost,” a modernized twist on “Alice in Wonderland.”

Now, like her father before her, she’s adding music to her professional resume, and doing so at around the same time John first hit the charts with his debut single. John was 22 when his single “Let Her In” reached the Top 10, per Billboard.

He would, of course, go on to find even greater musical success a couple of years later with a chart-topping single from one of the most successful film soundtracks of all time with his work in “Grease.”

Ella and John have collaborated musically before, though this was when she was much younger for the 2009 film “Old Dogs” on the track “Every Little Step I Take.” Ella also featured in the film itself as a very young actress.

Ella wrapped production on her first major starring role in “Get Lost” back in September — the film does not yet have a release date — and now she’s kicking off her music career with a gorgeous vocal.

Now, a young woman, Ella is stepping out and finding her own voice as an artist, and a film actress. It’s looking to be a big year for the young woman — and a proud one for her papa!