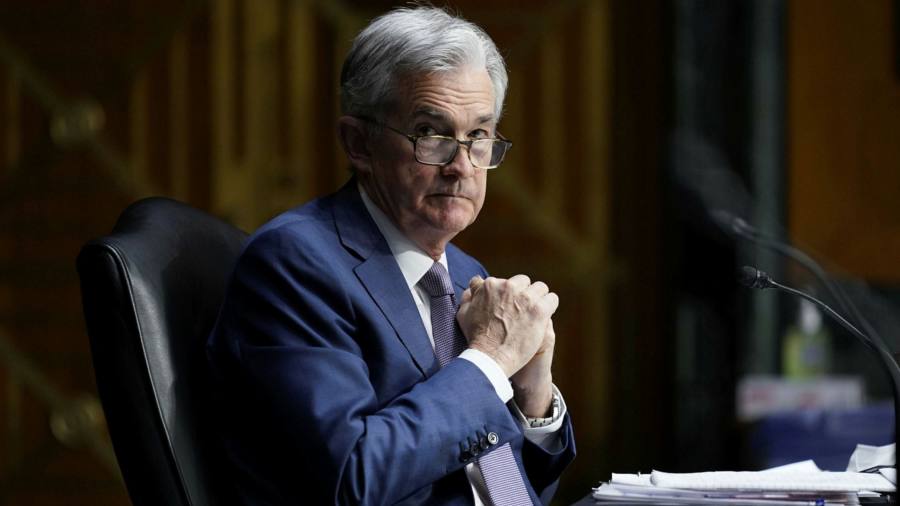 Joe Biden’s decision on Monday to pick Jay Powell for a second term as chair of the Federal Reserve has long seemed a natural outcome for a president seeking a steady hand at the helm of the US central bank in the face of a series of economic challenges.

But Powell’s path to another four-year stint as Fed chair was far from straightforward: he had to overcome a serious challenge from Fed governor Lael Brainard, a trading scandal that has rocked the central bank in recent months, and attacks from progressives over his record on financial regulation.

Powell’s passage through the final Senate confirmation process is expected to be relatively smooth, since he has backing from a large chunk of Democrats and Republicans in the upper chamber.

But he will, nonetheless, confront significant challenges as he embarks on four more years as America’s top monetary policymaker — chiefly, how to manage an economy that is not back to full employment at a time of uncomfortably high inflation.

“If this time next year inflation is a serious problem, the Fed is in a hurry to tighten [monetary policy], and markets are distrustful . . . then Powell’s legacy is going to be compromised,” said Vincent Reinhart, who worked at the central bank for more than 20 years. “In a sense we are going to rewrite his history.”

Although Biden chose Powell for the Fed chair position, he tapped Brainard for the vice-chair role, and cast them as a team that would together pull the monetary levers of the US economy.

When Powell was first tapped to lead the Fed by Donald Trump in 2018, he was seen as an improbable pick — a “historical accident”, according to Peter Conti-Brown, a Fed historian at the University of Pennsylvania.

Powell, a lawyer by training without an economics doctorate, ascended to the job only when Trump soured on the sitting chair, Janet Yellen. The Republican was originally appointed by Barack Obama to the Fed’s board in 2012, at which point he had not worked in government in the almost two decades since he held a senior Treasury position in George HW Bush’s administration.

Powell’s renomination by a Democratic president and in the face of intense progressive opposition is a significant coup for Powell. “He has shown himself to be a nimble central banker and not tied unduly to dogma or ideology,” said Conti-Brown.

The economic collapse caused by the pandemic in 2020, and the policy response that followed in its wake, cemented Powell’s place in the cadre of celebrated Fed chiefs.

“The Fed was at its best in March 2020,” said Jeremy Stein, a Harvard academic who was nominated by Obama alongside Powell to serve on the Fed’s board of governors in 2011.

“Powell had his Draghi moment and he met it in every way,” Stein added, referring to the pivotal moment in the eurozone crisis when then-president Mario Draghi of the European Central Bank pledged to do “whatever it takes” to save the single currency.

As the US shut down in early 2020 and millions of jobs suddenly evaporated, the Fed reacted swiftly. Within days, the central bank slashed interest rates to zero, intervened aggressively in US government bond markets and unveiled a number of new emergency facilities.

“He took our playbook from 2008-09 and he implemented that and doubled down on it,” added Donald Kohn, who served as the vice-chair of the Fed in the midst of the 2008 global financial crisis. “He went all-in and invented new things.”

A momentous shift in the way in which the central bank thinks about setting monetary policy, which Powell unveiled in August 2020, further underscored the transformational nature of his tenure.

Rather than raise interest rates at the first hint of price pressures, as the Fed had done in the aftermath of the global financial crisis, the central bank pledged to run the economy hot in a bid to produce a more substantial recovery that benefited a broader group of Americans.

In practice, it has meant keeping interest rates at today’s near-zero levels until inflation averages 2 per cent and the Fed achieves maximum employment.

“Jay Powell has framed monetary policy in as inclusive a way as ever in Fed history,” said Reinhart, who is now chief economist at Mellon.

“That implies that Fed officials are no longer cloistered in the temple. People understand the Fed better and appreciate the Fed more,” he added.

But some Fed-watchers and former officials warn that Powell may have to burn much of the political capital he accumulated in recent years if inflation is a bigger problem than anticipated and the central bank is compelled to take steps to tame it.

“This is one of the most challenging periods for the Fed in decades,” said Randall Kroszner, who served as a Fed governor between 2006 and 2009.

“There will be extraordinary levels of pressure on both sides: critics will say the Fed is forgetting about its inflation mandate and others will say they are not doing enough to support growth and job creation,” he added. “We hear both of those criticisms now and that will only intensify.”

There are already signs that the Fed could move to tame inflation more quickly than expected, with a top official at the central bank last week opening the door to a quicker wind-down of its huge bond-buying programme, a possible precursor to earlier interest rate rises.

Alan Blinder, who previously served as vice-chair of the Fed, said that, barring another serious wave of Covid-19 cases in the coming months, the US central bank is likely to accelerate the “taper” and raise interest rates sooner.

With a penchant for speaking plainly, Powell has established himself as a different kind of central banker. “He is a better communicator than any Fed chair that I know of,” said Claudia Sahm, a former Fed economist and senior fellow at the Jain Family Institute.

Those skills were tested long before coronavirus reached US shores last year, as Trump stepped up his attacks on his own nominee.

The former president — who once asked whether Powell or China’s Xi Jinping was the bigger enemy to the US — jettisoned the long-held belief that the White House should stay out of monetary policy affairs. Instead, Trump heaped pressure on the chair to reverse a series of interest rate increases that Powell had presided over in 2018 to advance a tightening cycle that started under Yellen.

More recently, progressive Democrats have criticised what they say has been a rolling back of critical post-financial crisis regulations under Powell’s leadership, tipping the scale towards looser capital requirements, less arduous stress tests and lighter trading restrictions for the biggest banks.

“With monetary policy, Powell has done an outstanding job in putting the focus on employment, but he has done a sub-par job on actually putting the attention that needs to be there on financial regulation,” said Kathryn Judge, a professor at Columbia University with expertise in financial regulation. Elizabeth Warren, the senator from Massachusetts, went so far as to call Powell a “dangerous man”.

A trading scandal that erupted in September after senior officials were found to have been active investors last year when the Fed was aggressively propping up financial markets further emboldened his detractors.

Two regional bank presidents resigned in the aftermath and Powell moved decisively to tighten restrictions on personal investing, but some Fed watchers warn it will take time for the institution’s credibility to fully heal.

For Republicans, the Fed’s credibility is also being tarnished by what senator Patrick Toomey of Pennsylvania calls “woke mission creep”, with several of the regional bank branches delving into topics such as racial disparities and climate-related risks.

Powell has weathered many of these critiques with ease, however, thanks in part to robust bonds he has formed with Congressional members on both sides of the political aisle.

“There are two institutions in Washington for which appointments are sacred: one is the Supreme Court and the other is the Fed,” said Peter Hooper, who worked at the Fed for almost three decades. “People have to have basic trust and faith in both, and it helps to have someone who is a moderate centrist and is admired for their performance by both sides of the aisle on Capitol Hill.”

In his second term, Powell will advance the central bank’s goals with a revamped inner circle of Fed governors. While John Williams, president of the New York Fed, and Brainard as the new vice-chair will remain constants, he loses Richard Clarida and Randal Quarles, the two current vice-chairs. The White House said it would make additional appointments to the Fed board starting next month.

Those roles will prove even more important as the central bank embarks on its next phase of tighter monetary policy in what is likely to be a challenging 2022.