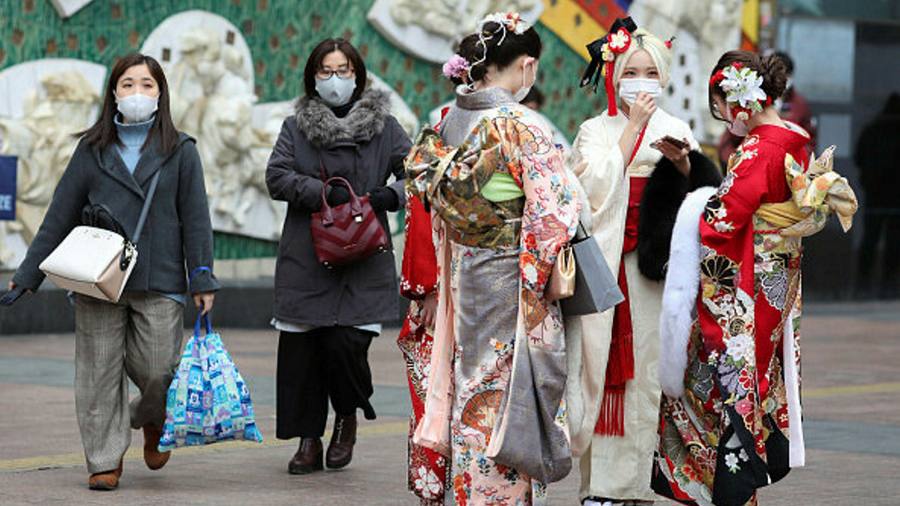 A record low number of Japanese turned 20 last year as the country’s future workforce dwindles and a generation that has grown up with tepid growth, low inflation and a zero-interest rate policy reaches official adulthood.

The latest government figures show the number of Japanese who were aged 20 on January 1 2022 had fallen by 40,000 from the previous year to roughly 1.2m, the lowest since the survey began in 1968.

The decline reflects Japan’s persistent inability to reverse the falling number of births. The birth rate stood at 1.34 children per woman of childbearing age in 2020, with just 840,000 babies born in Japan that year.

Japan’s population had dropped to 126.6m by the start of last year, a continuation of a steady decline since its 2008 peak of 128m.

The fall-off in 20-year-olds reduces the country’s “new adult” cohort to just 0.96 per cent and casts a shadow over Monday’s “Coming of Age Day”. The national holiday is marked by ceremonies to welcome the 20-year-olds to both the joys and responsibilities of adulthood.

“I am looking forward to the ceremony . . . [but] I’m not sure if I can really be too excited about becoming an adult,” said Rina, who was renting a kimono for the occasion in Tokyo’s Shibuya district. “Japan seems to have a lot of problems that never get solved and I guess they are my problems now.”

It was little comfort, she added, that the number of Japanese reaching official adulthood would increase this year as the legal age of majority — allowing people to buy a mobile phone and apply for loans without parental consent — is lowered for the first time in 140 years from 20 to 18.

Studies of young Japanese attitudes towards work and business suggest that the country’s relentless demographic woes have nurtured a desire for stability above all else. A number of 20-year-olds told the Financial Times that their central ambition was to join a company and avoid risk. Starting a business, said several, represented a terrifying leap into the unknown.

For similar reasons, the support for the ruling Liberal Democratic party among young people was higher than in other generations. That, said Junji Nakagawa, a professor at Chuo Gakuin University, reflected a view among 20-year-olds that the political landscape was unlikely to ever change.

“They don’t think the economy will get better in the future because the economy has been growing at a very low pace as far as they can remember. The number of students who want to become local public servants has increased recently as they want stability,” said Nakagawa.

A 19-year-old male student, who will be newly counted as an adult from April, said he voted for an LDP candidate last October. “We are literally in a state of emergency with Covid-19, so how can I suddenly entrust my will to another party? I can’t trust any,” said the student, who did not want to ne named. “So that’s why I want things to be kept as they are.”

A report by market research group Macromill last week revealed that 20-year-olds were less internationally minded and more domestically focused than previous cohorts, a trend that was probably exacerbated by prolonged travel curbs owing to Covid-19.

Compared with the previous year, the survey showed a drop in the number of people who wanted to work and study abroad, work with foreigners in Japan and learn foreign languages. Most notably the percentage of those who wanted to “use English for a job” declined from its 2020 peak by 10.6 points to 38 per cent.

Yuki Murohashi, representative director of the lobbying group Japan Youth Conference, said that, above all, the mood among Japan’s youngest adults was one of low-level despair.

“They no longer have a sense that Japan will rise because they have not experienced growth since birth,” Murohashi said. “But they don’t think it’s going to go down very much either. There are no great expectations or disappointments.”