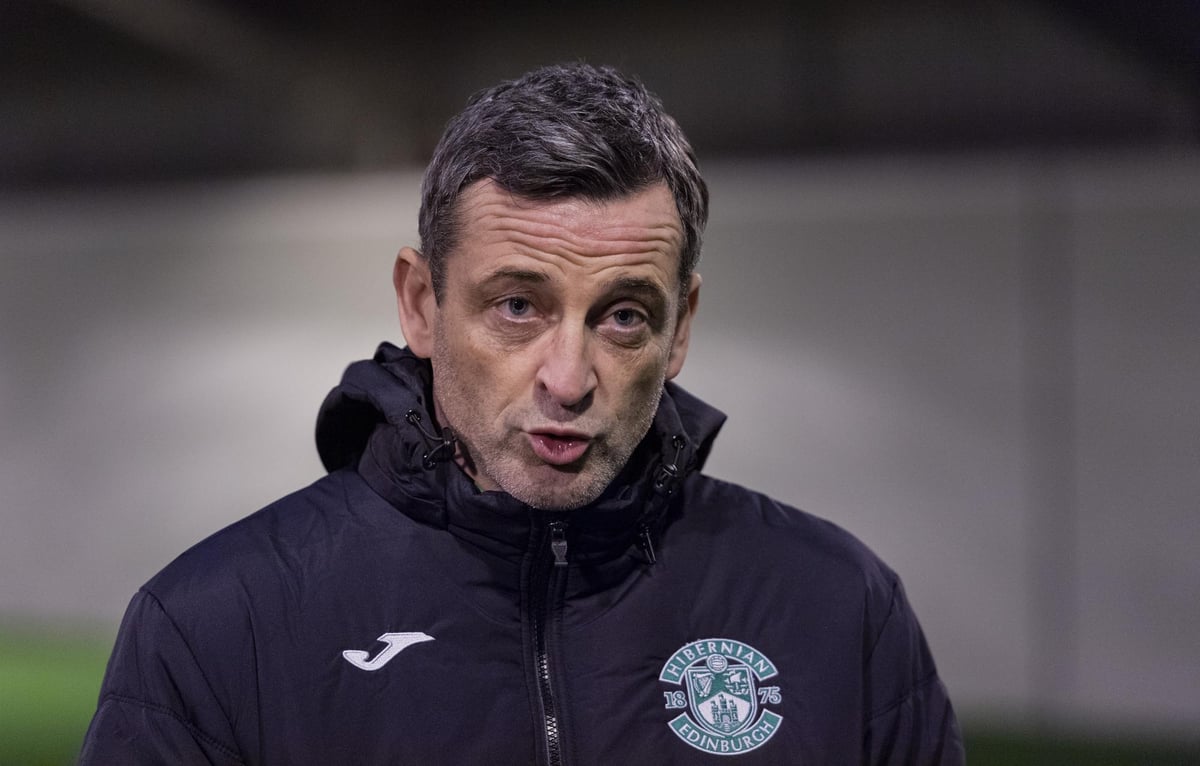 It looks like this season will be instrumental in determining if that was the case and, if so, just how big an error.

No one could argue that the results at the time of Ross’ sacking were acceptable in the cinch Premiership, but there was evidence to support the view that he was capable of turning things around. He had successfully arrested declines at previous clubs and he’d done it when he first arrived at Easter Road and inherited the mess left behind by his predecessor. He just never got that chance to right his own wrongs.

Jack Ross was sacked by Hibs back in December.

In a knee-jerk world, where most of the items in our fridges seem to have a longer shelf life than a football manager, short memories prevailed.

In the months that followed, Hibs discovered that the grass isn’t always greener and, while there is hope that the latest manager, Lee Johnson, can emulate or even improve on the achievements of the 2020/21 season, they will face stiff competition from a United side that finished above them last term and will be bolstered further by the arrival of Ross.

Interestingly, although some Hibs punters were surprisingly thrilled to see the back of the man who had led the team to their highest league finish in 16 years and was responsible for cup semi-finals and finals, the majority of their Tannadice counterparts recognise the positives and see him as the ideal candidate to build on the fourth-place finish delivered by Courts last season and embolden their quest for silverware. His experience of European football last season will be an added bonus as United venture back into that realm.

So, they are right to feel enthusiastic about the arrival of a guy rated so highly in his field that he is often invited to help put aspiring coaches through their paces on the SFA courses, and someone that players respond to. He is also a guy who gets Scottish football.

Those who question the lack of histrionics in the technical area, confusing that for a lack of passion for the game, the club or the outcome, don’t know him.

He is a football obsessive, who has managed to marry old-school man-management with an open mind and willingness to embrace all the tools of modern-day technology and analytics.

But at the root of his success is an understanding of himself – good and bad – and the effort he puts in to getting to know his players just as well.

The hurt that comes with losing big games and jobs has been channelled into bouts of self-reflection. That invariably has seen him come back from past disappointments stronger. Which means Dundee United should be getting an upgraded version of the manager who cut his teeth at Alloa Athletic before leaving them sitting second in League One. At St Mirren he engineered Championship success, earning him the PFA Scotland Manager of the Year award and a shift down south.

There he led Sunderland to the League One Play-Off final in his first season.

Having set such high standards he was ousted three months into the next campaign with the team lying sixth. He could still boast a 50% win record on Wearside and lost just 10 of his 75 games in charge.

Someone with a strong-will and a steely, some might say stubborn, streak, as an academic with an enquiring mind, the fact he has books on everyone from Andre Agassi to Bradley Wiggins, illustrates he also absorbs knowledge and advice from all areas of life and sport. From people he knows – like his dad – to those he has studied from afar.

A people-person, who prides himself on his communication skills, he takes players along with him on the journey, makes them feel valued and ensures he appoints good people around him.

Whether a youngster setting out, or a player who has plateaued, or a veteran looking to manage the end of their career, he treats players as individuals, meaning that even those he inherits quickly feel part of his plans.

In the past he has taken individual gems and made them the heartbeat of his sides, from Lewis Morgan to Josh Maja and then Martin Boyle. With no obvious candidate at United, he will, no doubt, focus on the sum of the parts.

But, who he brings in to fill the coaching roles at United will be interesting. At Hibs he had the gregarious but industrious John Potter, who complemented his own strengths and weaknesses, and goalkeeping coach Craig Samson. Recognising that players are getting younger as he gets older, he also brought former captain David Gray into the set-up. There to bridge the gap between himself and the dressing room, being a club legend meant he also helped remind players what it meant to play for the club.

Potter has recently taken on the managerial role at Kelty Hearts, though, and Samson is on the books at Aberdeen. Gray remains at Hibs.

Ross will put plenty of thought into who he enlists – Liam Fox remains in situ at Tannadice as a coach and Ross tried to take him to Hibs, so may be a candidate – but, just as important, is his relationship with the players and how well they buy into his approach.

He will try to take them with him, offering a transparent style of operating as well as a collective determination of ambitions.

At Hibs he met the boardroom demands and it still wasn’t enough. The playing style was apparently too rudimentary for some but, for the vast majority of football fans it is about winning, and the rest comes as the team evolves.

If Ross turns up at Tannadice, as expected, he will arrive with something to prove. To others, not to himself.