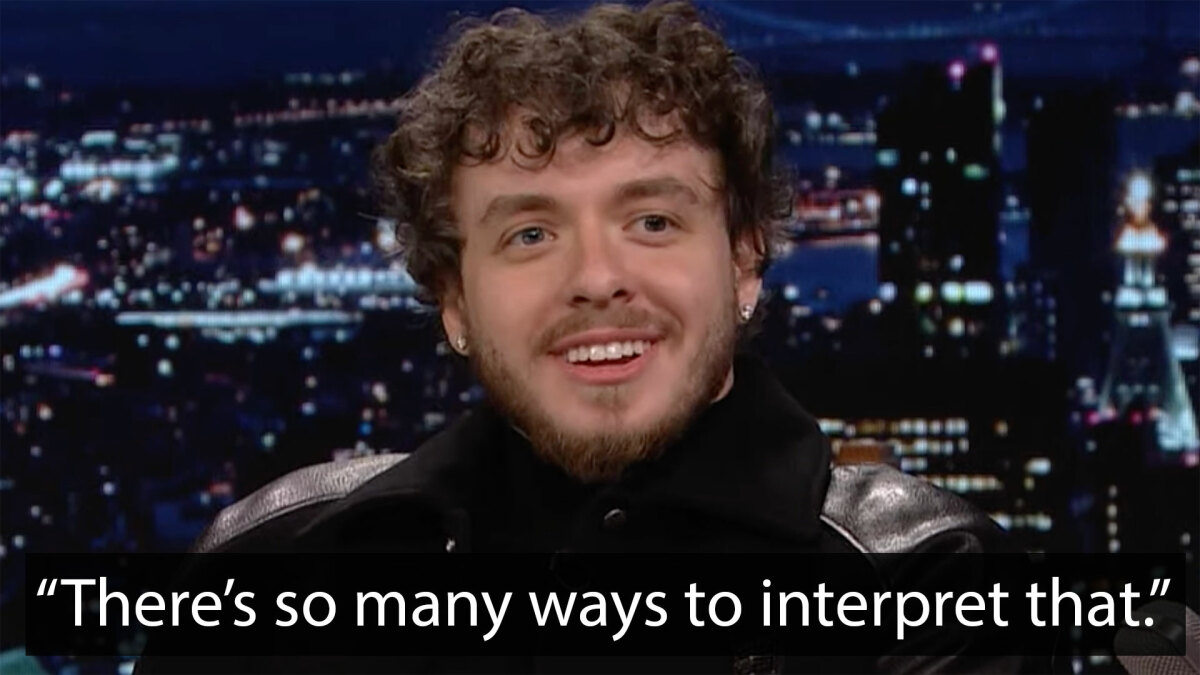 Rapper Jack Harlow seems to be a magnet for viral moments. First there was that clip of the two NBA referees, Scott Foster and Ed Malloy, discussing who he might be at the series opener between the Boston Celtics and the Milwaukee Bucks, and then there was the more recent Met Gala clip of presenter Emma Chamberlain’s reaction at the end of their brief interview.

In the Tonight Show video above, Harlow is played both clips, and gives Jimmy Fallon his thoughts on each.

His reaction to the Met Gala clip? “That’s like, art, there’s so many ways to interpret that,” Harlow says. “Everyone has a different take on what was going through her head, so I’ll leave it up for interpretation.”

Next, he goes through a play by play of the Celtics game, and what happened as soon as he’d seen the clip of the refs discussing his identity.

“I think the clip’s iconic, so I’m like, ‘I gotta let this guy know who I am,'” Harlow says. “So it’s the fourth quarter and he’s over on the sideline and he comes over, and I’m like, ‘Yo’, and I’m trying to get his attention just to have a moment, and he’s like, ‘My daughter already texted me.'”