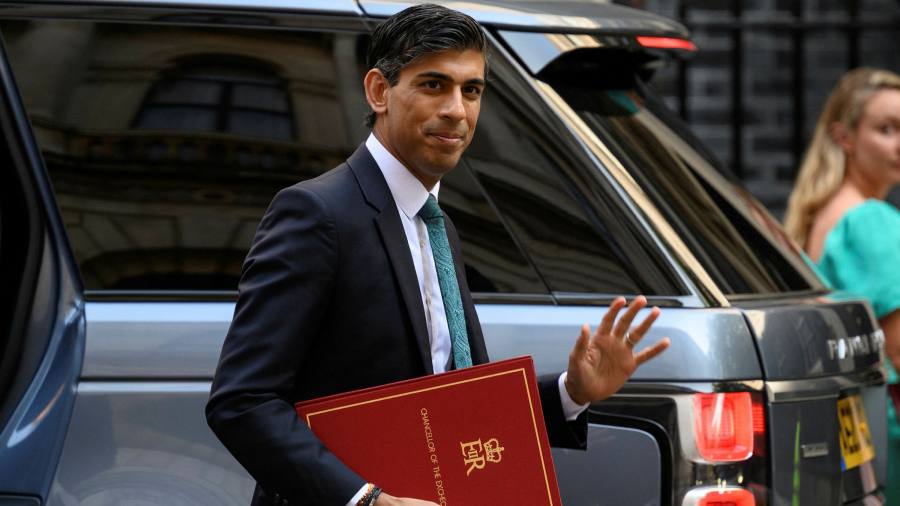 “Low-tax Conservatism has been dumped, but the Treasury’s fiscal conservatism is alive and well.” This, suggests the Resolution Foundation, is what is happening with UK fiscal policy. This is right. The Treasury is the most powerful government department. With Rishi Sunak as chancellor, it also has a politically effective spokesman. One cannot be surprised it is winning. But one must not be entirely pleased either.

The Treasury is competent, but it is also defensive and defeatist. Nicholas Macpherson, a former permanent secretary, captured this perfectly in a recent article: the Treasury is defensive, because controlling public finances is a “Sisyphean task”; and it is defeatist, because “No chancellor has managed to get tax receipts above 34.1 per cent of national income” over the past 50 years. Indeed, the Treasury’s defeatism is deeper even than this. It is institutionally sceptical about anything that comes from spending departments and is particularly sceptical about schemes for economic improvement.

It takes a strong and determined government or a colossal crisis, such as Covid-19, to over-rule these inclinations. The Treasury’s scepticism will probably make the “levelling up” ambition handed to Michael Gove infeasible. That would require substantial spending and delegation of fiscal and other powers to local governments. Such things will happen only over the Treasury’s dead body.

Levelling up is not the only source of fiscal pressure. The UK electorate wants a European welfare state, but it does not wish to pay the taxes that this needs. The decision to use national insurance, a levy on employees, to fund spending designed to fund the national health service (used predominantly by the old), as well as to protect bequests of houses, underlines the reluctance to redress the loopholes in the tax system or to raise new taxes in a just way. It also justifies the Treasury’s scepticism over the UK’s ability to raise taxes.

This also has big implications for public spending: health and social care will gobble up the extra money, leaving little over for other departments. Thus, says the Resolution Foundation, the share of “core” day-to-day spending on health and social care will jump from 28 per cent of all such spending in 2008-09 to 40 per cent by 2024-25. This squeeze will not be as harsh as that of the 2010s. But the impact of the latter will not be reversed. Many services will feel dreadfully underfunded. The spending plans to be announced soon will demonstrate this.

Another paper from the Resolution Foundation points to a “big squeeze” on the incomes of low-to-middle-income people via higher inflation, especially higher energy bills. For 4m families on universal credit, this will be compounded by a £20-a-week cut this month. In April next year comes the higher national insurance levies.

More broadly, according to the OECD, in 2022 real gross domestic product will only be 1 per cent higher than it was in 2019. Indeed, the economy may never return to the levels suggested by the pre-crisis trend.

Brexit allowed the country temporarily to transfer anger and disappointment to a nationalist cause. Then came the overwhelming shock of Covid-19, which transferred attention to something even more pressing and opened the fiscal floodgates. Now, we return to normal. The problem, as the Office for Budget Responsibility will make clear, is that it will be an unpleasant normal, despite an unexpectedly strong economic recovery. It will be made even more difficult by the substantial costs to individual households and businesses of lowering their carbon emissions.

The Treasury regards managing such an unpleasant normality as its job. But both people and politicians could consider alternatives. One would be to admit that a European welfare state requires European taxation.

This is possible. According to IMF data, Germany’s taxes averaged 45 per cent of GDP from 1991 to 2019, as against the UK’s 35 per cent. Yet, despite unification, Germany’s real GDP per head was 16 per cent higher than the UK’s in 2019. It is perfectly possible then for a country to be rich while having a bigger state. Yet, if that is to be a persuasive argument, we would need a far better state.

This, in turn, requires politicians willing to embrace more radical policies, including more spending on research, education and training, regional development and the energy transition. They need to combat the negative presuppositions in the UK policy debate so deeply embedded in the country’s most politically powerful institution. Yes, macroeconomic stability matters. But there must also be confidence that governments are able to bring improvement.