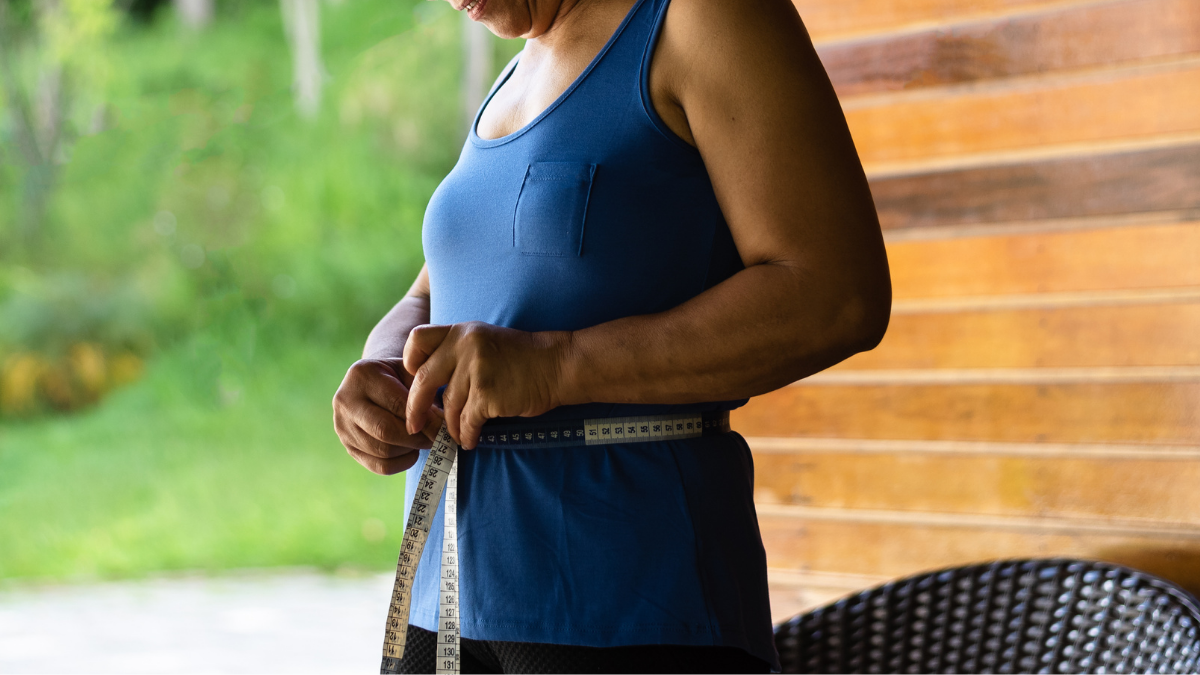 If you’ve noticed sudden weight gain in the past, it’s easy to want to blame yourself and feel like you need to work harder to keep it off. But for one woman, her weight gain wasn’t due to issues with her diet or exercise routine. In fact, it turned out to be a sign of something bigger: A cancerous tumor.

Speaking to Good Morning America, Dallas, Texas-based Amanda Shoultz recounted noticing the scale going up roughly a year ago. After going through the usual steps of exercising and watching what she ate, she slowly realized that though her weight was going down, her stomach kept getting larger. “I remember telling [my doctor], ‘The next time you see me I’m going to be 10 pounds lighter,’” Shoultz explained, referring to a check-up she had at the start of 2021. “I just assumed it was my fault. That I had done something wrong.”

She then tried numerous diet swaps to see what could be causing what she thought was extreme bloating. Shoultz finally went to a gastrointestinal specialist to get a second opinion over the summer. It wasn’t until a CT scan in September that she finally had answers: It turns out that it wasn’t a diet or weight issue but a 33-centimeter tumor forming in her stomach. The news was a shock to Schoultz. “I had no other symptoms other than my stomach.” she said.

After a surgical team ended up removing the massive 17-pound tumor, they found that she had liposarcoma, a rare form of cancer that forms in fatty tissue and is hard to catch, partially because it doesn’t present any symptoms other than growths. Luckily, Shoultz didn’t need any chemotherapy or radiation.

If you’re noticing unexplained weight gain or another similar symptom in your own life, it may not be a tumor like what Amanda Shoultz experienced. That said, her ordeal is a reminder to speak up at your next doctor’s appointment if you don’t feel quite right. “When I was getting so large in my abdomen and I couldn’t control it, that’s when I knew something was off,” she explained. “Don’t die of doubt. No one else is going to need to fight for you, so fight for yourself and find a care team that is going to care for you through the journey.”

It’s such a great point — and it’s wonderful to hear that Shoultz is on the mend!