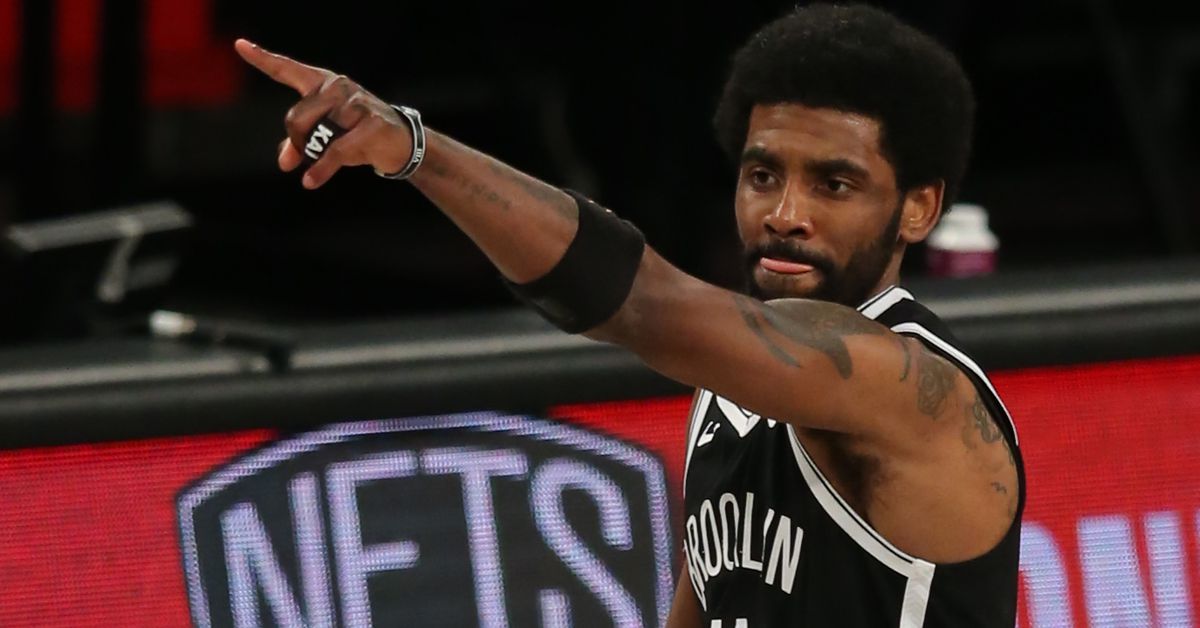 The impasse between the Brooklyn Nets and Kyrie Irving over his vaccination status has no end in sight, and this will have a colossal impact on the season. Ordinances in New York City (and San Francisco) require home team players to have proof of vaccination in order to play in arenas, while visiting teams are exempt under the law.

This means that unless Irving is vaccinated he will not be able to play in any home games this season, or visiting games where he is traveling to Manhattan to face the Knicks. It would make the starting point guard, and a critical member of a Nets’ team favored to win the championship, only a part-time player this season.

As it stands the Nets are playing hardball, reportedly considering just sidelining Irving all together, rather than disrupting the rotation by inserting Irving back in on road trips, then removing him at home. Obviously the team wants to have their starting point guard on the roster, but there is no way for them to get around the NYC ordinance, so it’s a game of chicken on who will flinch first.

Is part-time Kyrie worth it?

Looking at the Nets’ 2021-22 schedule we get a complete breakdown of when Irving would be available, assuming he’s not vaccinated. Due to games at Madison Square Garden against the Knicks this would not be a full 50/50 split. Irving would be able to play in 39 games this season, but diving into the numbers it gets a little more interesting.

If we base Irving’s potential performance off his 2020-21 numbers we see that he was far better playing at home than away. The Nets were an average +6.4 at home, and +2.5 on the road, according to Basketball Reference. This seems fairly logical: Teams play better in their home arenas. However, Irving’s spread was far more pronounced. Over the same time he was +10.4 at home, and +1.3 on the road.

This means that Irving over-performed the rest of the Nets at the Barclay’s Center, and was worse than them on the road. If he was a road-only player in 2020-21 he would have had a very minimal impact — and that’s of concern in this scenario.

There’s also a question of rhythm here. Last season Irving was at his best when playing with zero days rest (+11.5), and at his worst on three days or most rest (+0.0). Having his rest controlled by scheduling and location here’s what we get:

So, assuming no injuries or other issues that would alter this schedule, the Nets would be getting Kyrie at his best for 21 games out of the season, varying success for six games, and at his worst for 12 games. As we’ve also established: He wasn’t very good away from home last season.

The Nets are obviously still excellent, and the pairing of Kevin Durant and James Harden is enough to potentially take Brooklyn all the way anyway, but Irving’s value comes in should any injuries arise. If one of those big two go down then having a seven-time All Star with prolific playoff and finals experience is a huge boost. Also, Irving is known for stepping up in big playoff games — but that’s an unprecedented scenario here if he can only play half a series because of home games.

I know that these projections are inherently flawed. We’re comparing to his first season in Brooklyn with a team still looking to gel, but based on the best information we have, it’s simply not worth the Nets’ trouble to bring Kyrie in, and out of the lineup as they travel from city to city. Especially considering the fact that Patty Mills, projected to take Irving’s place in the lineup was a +0.4 at home and +1.2 on the road last season with the Spurs. So, in short, there’s no doubt he’s worse overall — but the change over Irving on the road is minute, and the Nets benefit from continuity.

The decision is up to Irving and the Nets, but for my money it’s absolutely not worth having him play in 2021-22 unless he’s vaccinated and able to play at home.