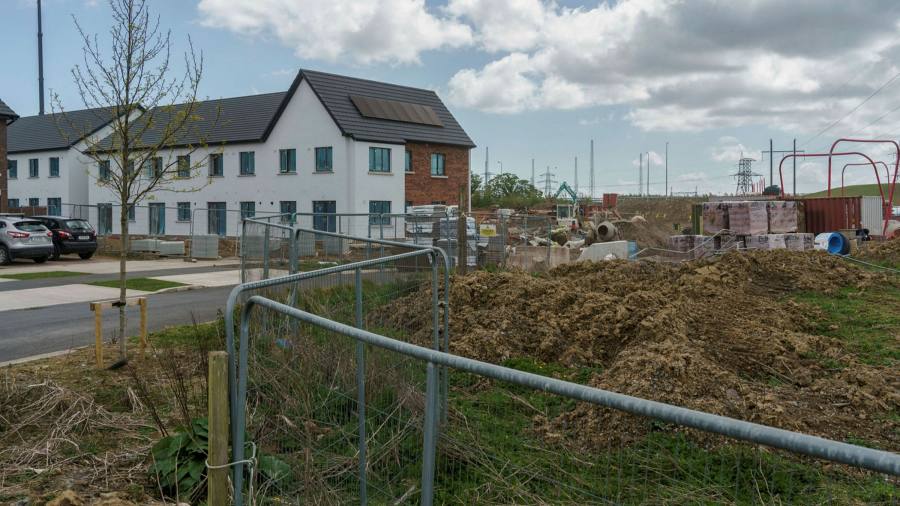 Ireland has unveiled plans to pump a record €165bn into infrastructure projects by 2030, as it struggles to keep pace with a fast-growing population after decades of under-investment in the sector.

Despite the lofty ambitions for more roads, train connections, green buses, broadband and sports facilities and the history of delays and cost overruns for infrastructure projects, Taoiseach Micheál Martin said he was confident that the government could deliver on “many, many of the projects” in the National Development Plan.

Decades of under-investment in schools, hospitals and housing despite the Celtic Tiger boom that preceded the 2008 financial crash have left holes in public infrastructure.

With Ireland’s 5m population set to grow by 1m by 2040, pressure on existing services is only set to grow. “With a rapidly rising population, Ireland needs to invest big in infrastructure,” deputy prime minister Leo Varadkar said.

The plan will lift public spending on infrastructure to 5 per cent of modified gross national income — an economic measure Ireland uses that strips out factors relating to its open economy that could otherwise distort GDP — versus 4.5 per cent now and 2.5 per cent in 2017, the government says.

That is well ahead of the EU average of 3 per cent of GDP and works out at some €19.3bn in 2030 compared with €12.7bn this year. “We are investing in the future and going for growth,” said Varadkar. The programme does not draw on some €1bn in Covid-19 recovery funds that Ireland is receiving from the EU.

Some 80 per cent, or €136bn of the programme, is to be funded directly from government coffers with the remainder from semistate bodies as well as public-private partnerships.

The government will end the year with a national debt of a quarter of a trillion euros. Dublin announced on Monday that public revenues were picking up with tax receipts in September of €6.4bn — 20 per cent higher than the same month last year and 8 per cent above the government’s targets.

The 184-page plan includes the largest investment in Irish history on housing as well as education and healthcare projects, but much of the focus is on transport infrastructure, including a long touted Metrolink connecting Dublin airport to the capital. No completion date for the Metrolink was included.

Eamon Ryan, environment minister, said the programme was the greenest capital investment plan in Ireland’s history and had been “climate-proofed”, including €35bn on transport initiatives “prioritising walking, cycling and public transport”. The programme would create more than 80,000 direct and indirect jobs in the construction sector, he added.

Analysts have questioned the government’s focus and ability to see the projects through.

The plan includes many major highway projects as well as bus and train infrastructure. Brian Caulfield, an engineering professor at Trinity College, said that “my fear is that roads get through planning faster”.

Marie Sherlock, a Labour party senator, tweeted that some initiatives “may never see the light of day”.

Martin acknowledged that “delivery is a key challenge”, adding: “We have to get better at actually delivering infrastructure.”