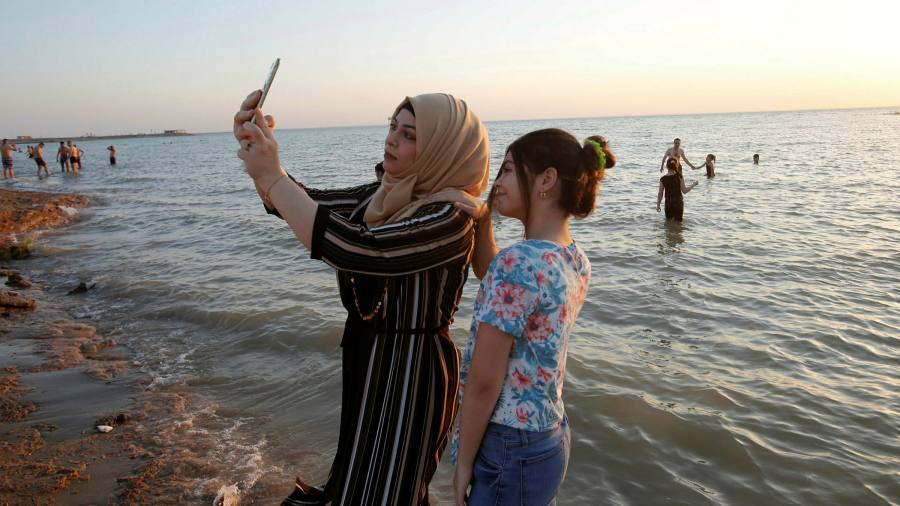 When murderous jihadis take over your home town and force you to flee, it’s hard to imagine such horrors could ever have a silver lining. But for Balsam Sedeeq, the Isis invasion of Iraq’s Anbar province eventually brought her something unexpected: new freedoms.

“If Isis hadn’t come here and we hadn’t been displaced, maybe we still would not be able to work here as women,” said Sedeeq, 27, currently employed at a café and with dreams of opening her own. She was dressed in turquoise trousers — garments she had been prohibited from wearing before.

Traditionally one of Iraq’s more conservative areas, and dogged by violent Islamist militancy since the US-led invasion of 2003, society in tribal and predominantly Sunni Anbar is undergoing some subtle but significant changes.

“Before, families were stopping girls going to work,” said Abir, a lab technician who had been one of relatively few women working before the rise of Isis. “Now there is a competition to get them into jobs.” Iraqi labour statistics are not broken down by province, but an International Labour Organization prediction put overall Iraqi female participation in the work force at just 20 per cent.

Where it was previously uncommon for patriarchal families in the province to allow their daughters to work or drive, strictures are now loosening. And for that, Anbaris say, you can thank Isis.

This is all the more surprising given the sickening crimes against women committed by Isis while it was governing the so-called Islamic caliphate. Its fighters and officials kidnapped women and girls from Iraq’s Yazidi minority, imprisoning them in sexual enslavement, forcing them into religious conversion and marriages and trading them in slave markets. The UN has said the savage attack on the Yazidi community by Isis in 2014 may amount to genocide.

While Isis reserved its most despicable acts for the Yazidis, who they considered heretics, its harsh laws also targeted female Sunni Muslims. In testimony gathered by human rights groups, Sunni women reported being made to cover their bodies entirely, or face punishment by Isis’ morality police.

But nearly half a million Anbaris escaped Isis in 2014. They found themselves in the nearby capital Baghdad, and northern Iraq’s Kurdistan region. So many people from Sedeeq’s city of Falluja relocated to Shaqlawa, in Kurdistan, that it was dubbed “Shaqlujah.” These areas were generally more socially liberal than Anbar.

One teacher, who left Falluja in 2014, said the move had changed his perspective. “When I was displaced to Shaqlawa, I saw another culture,” he said. Once there, his wife removed her niqab face veil.

During the Anbaris’ long displacement, from 2014 to 2016 and beyond, they “became exposed to other regions”, said Abrar al-Ani, 29, the first woman to head Anbar’s department for co-ordinating with international NGOs. “When women were displaced they had to work to earn a living and help the men . . . This empowered women.”

At a busy cosmetics shop in the Anbar’s provincial capital of Ramadi, featuring a wall of saucy lingerie, a male cashier praised the changing attitudes creating a bigger market for female beauty products, and added that several of his colleagues are now women.

One woman working in a clothes shop, Rihan Fowzi, 27, faced opposition from relatives who “couldn’t accept it” when she started work as a cashier. But Fowzi, whose family was displaced in Baghdad, said her erstwhile critics are now trying to find work for their own daughters.

Fowzi recently turned down a marriage proposal because the suitor wanted her to stop working. But there are limits to her freedom: relatives still drive her to work each day so she doesn’t have to take a taxi alone.

Meanwhile, the sparky Sedeeq — who was also forced to relocate to the Iraqi capital — is now back in Falluja, where she is saving up for a car. And while several of her friends have become homemakers, Sedeeq has no plans to get married. “I am a free woman,” she said defiantly. “I don’t want someone to come and control me.”