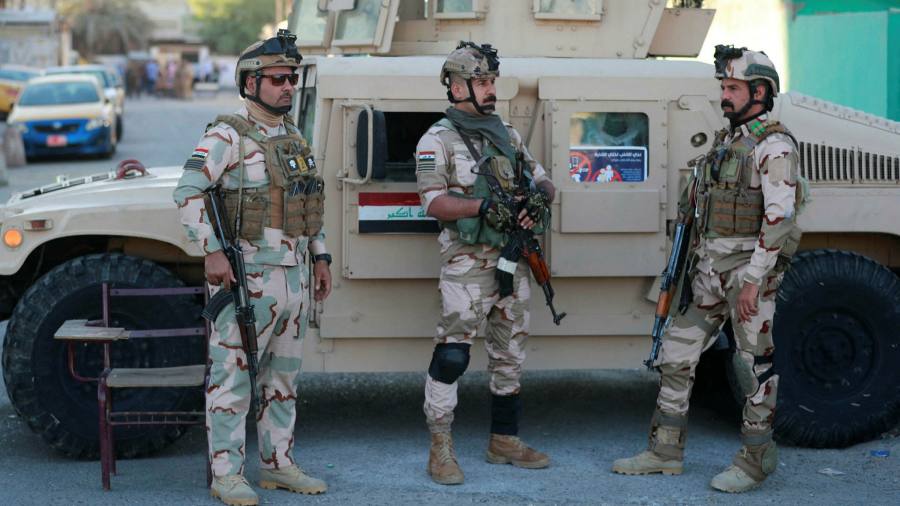 Iraqi security forces have captured the man once dubbed “Isis’s finance minister” in a cross-border operation, the Iraqi prime minister announced on Monday.

Kadhimi did not specify in which country Jubouri had been caught. Although the Iraqi government declared Isis had been defeated in December 2017, the group — which once seized large cities across Syria and Iraq in an area the size of Great Britain — has not been eradicated. It remains active in parts of Iraq and eastern Syria but is a shadow of the force that once ruled its self-declared Islamic state with brutal violence.

“The seniors in Isis, it is important to bring them down one way or another because they’re the most experienced, and if Isis was ever to make a comeback, it would rely on their expertise,” said Aqeedi. “Once they’re captured, the organisation loses a strong, powerful pinpoint person in communication and networking.”

While it no longer commands any territory, some Isis militants are still holed up in rural parts of Iraq and Syria.

And despite an 83-country, US-led international military coalition established to defeat the Sunni extremists, the group continues to mount deadly attacks — albeit at a much reduced scale. In July, it claimed responsibility for a suicide bombing in Baghdad that killed about 30 people.

Jubouri was a veteran member of al-Qaeda in Iraq, the group that predated Isis. He went on to become “instrumental in managing finances for Isis’s terrorist operations”, according to the US state department, which had offered a $5m reward for information leading to his capture.

As an Isis deputy in the northern Iraqi city of Mosul, which was seized by Isis in 2014 and only recaptured after a bloody battle lasting months, Jubouri became “the equivalent of Isis’s finance minister”, said the state department. The US government alleged that he oversaw the group’s revenue-generating activities, including selling oil and antiquities, and the US Treasury designated Jubouri a terrorist in 2015.

The Treasury claimed he had “worked to establish a new funding stream for Isil [Isis] from increased production at oilfields held by the organisation” — part of a portfolio that made the group financially self-sufficient.

Kadhimi said Jubouri was a deputy to Abu Bakr al-Baghdadi. The self-appointed caliph was killed in a raid by US special forces in Syria in 2019.

The premier’s statement came the day after Iraq went to the polls in a nationwide vote that was devoid of major security incidents but attracted a record low turnout with only 41 per cent of registered voters casting their ballots.