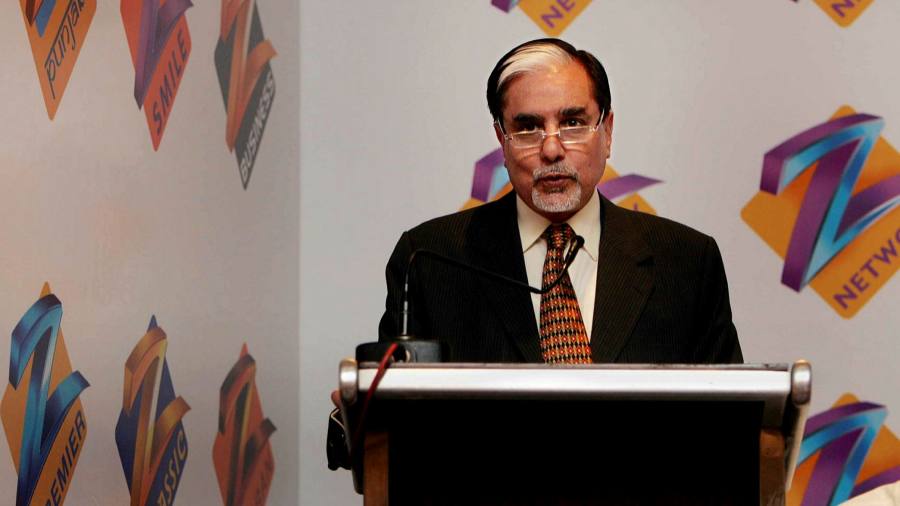 US fund manager Invesco has stepped up its battle with the founders of India’s largest listed media company, Zee Entertainment, raising concerns over a proposed $1.6bn takeover by Sony in a rare case of foreign shareholder activism in India.

In a letter to Zee shareholders on Monday, Invesco — the largest shareholder with an 18 per cent stake — said the terms of the Sony-Zee merger unveiled last month appeared to favour the group’s founding family, which owns just 4 per cent of the equity, at the expense of other investors.

The Invesco letter reiterated its demand, first made on September 11, for an extraordinary general meeting so that shareholders can vote on the removal of chief executive Punit Goenka, the son of Zee’s founder Subhash Chandra, and a board overhaul because of concerns about financial performance and corporate governance.

Invesco also said any strategic deal for Zee with Sony Pictures Networks India or other potential partners should be considered by an independent new board, given that Zee was “a highly-undervalued asset, mired in innuendo and financial volatility”.

“We will firmly oppose any strategic deal structure that unfairly rewards select shareholders, such as the promoter family, at the expense of other shareholders,” wrote Justin Leverenz, chief investment officer of Invesco Developing Markets Equities. “The conduct of an EGM is a shareholder right which we expect to exercise.”

Earlier this month, Zee’s board rejected Invesco’s demand for an EGM and challenged it in court. Last week, Chandra made an emotional appearance on primetime television accusing the US fund manager of mounting an illegal covert takeover.

In a statement on Monday, Leverenz criticised Zee’s founding family and current board, saying their “actions and rhetoric appear aimed at avoiding true accountability for the governance lapses and shareholder value destruction over which they have presided”.

He also said Invesco was confident that Zee had the “potential for tremendous growth and success if it were properly managed”.

Zee said it had no immediate comment on the letter.

Before Invesco’s intervention, Zee’s share price had more than halved over the past five years, while India’s overall stock market indices doubled in value.

Chandra’s own shareholding in the business dropped from 35 per cent to 4 per cent in 2019, as he sold stakes in his lucrative media business to repay debts from troubled infrastructure projects.

Sony and Zee unveiled the non-binding terms of a potential merger, which would create one of India’s biggest media conglomerates, 11 days after Invesco called for an overhaul of Zee’s board.

Under the terms of the merger proposal, Sony Pictures Networks India would pay $1.6bn for a 53 per cent stake in the combined entity, while Goenka would stay as chief executive. The terms also provide for Chandra’s family to raise their stake in Zee to 20 per cent, without specifying how this would take place.

Analysts have said Sony’s majority ownership could allow Zee to benefit from Goenka’s industry experience, while improving checks and balances on the company’s finances and governance.

However, Invesco said it considers Sony’s non-binding proposal “no more than camouflage on the part of Zee to divert and distract from the primary issue facing the company”. However, the company also said it would “gladly evaluate the transaction in a constructive spirit” if more details were made available.

Zee’s shares closed up 3.4 per cent on Monday, according to the BSE. Overall, the company’s shares have risen 67 per cent since the Invesco revolt began.