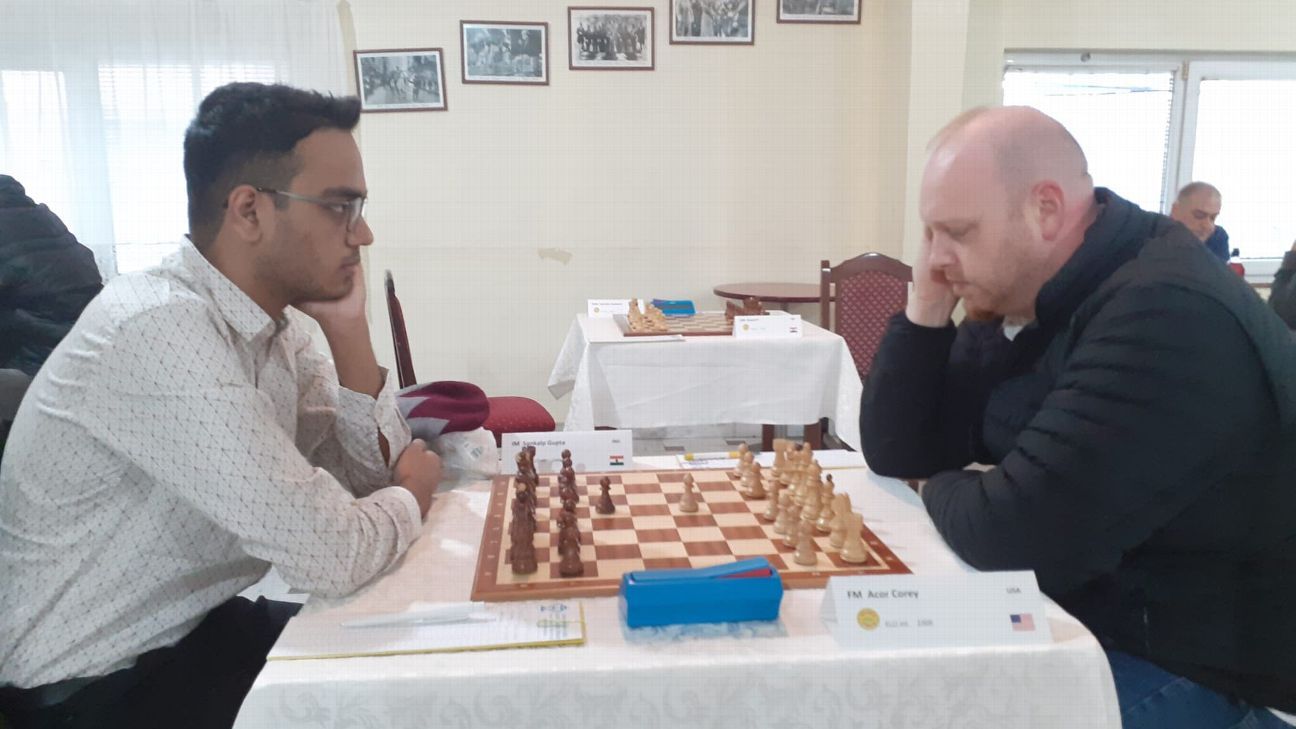 FIDE, the governing body of chess, will deliberate stricter regulations for Grandmaster titles at its General Assembly meeting next month. The pathway to turning GM has been the subject of some controversy lately, with Abhimanyu Mishra’s feat of becoming the world’s youngest GM in July sparking off debates.

One of the sharpest responses was from current World title challenger, Ian Nepomniachtchi, who questioned the nature of tournaments Mishra played in, en route to the GM norm and the average strength of his opponents. “I’m dazzled by the new record”, he tweeted at the time, with a couple of suggestions.

I’m dazzled with the new record, so I’d like to suggest some changes to the order of conferring titles. For example, one of the norms must be fulfilled in an open tournament, and the participation of 2400 GM luminaries in stamping new titles should be finally limited. @FIDE_chess

Among the proposals likely to be brought up are that GM title applications include at least one norm from an individual Swiss tournament, a non-elimination format event, with a minimum of 40 players in every round with an average 2500 rating – which Nepomniachtchi had suggested. Submission of notations of games involving players who’ve won titles and greater checks and balances in drawing of lots for tournament pairings were among the other suggestions. The proposals, India’s first GM, Viswanathan Anand notes, are “reasonable enough” and “should improve matters”.

What was the earlier system?

A GM title, the highest awarded to a player by FIDE, apart from corporate sponsorships also attracts invitations to major events for players. To understand what the title represents, its inflation over the years and resultant drop in exclusivity, we’d have to travel back in time.

When the GM title was introduced in 1950, it was awarded to 27 players – world champion Mikhail Botvinnik, those who’d qualified or were seeded in the Candidates tournament and also included players who were no longer in their peak but were once of global reckoning. In the next round of revisions, it came to be awarded automatically to players who won the world title and those who qualified from inter-zonal tournaments for the Candidates.

Viewing it as too broad-based, FIDE then narrowed the criteria and required prospective GMs to win at least 40 percent in the quarterfinal games at the Candidates. Starting in 1970, the application of the ELO system to GM titles came about and while three norms were stipulated, unlike today, they had to be scored over three years. FIDE was also trying to break into new territories and realized that excessive tightening of criteria may not help in their aim of having at least one GM in every country.

Despite inflation in absolute playing numbers and GM title holders, the ELO requirement for becoming a GM hasn’t been revised greatly over half a century. To Anand’s mind, the GM title inflation isn’t entirely unexpected. “There’s going to be some inflation in any system,” the country’s first GM, points out, “I don’t see it as a big problem. Inevitably there are tournament offerings for players to achieve norms and I think it would be easier to manage and fix those issues.”

The ‘flawed’ system at present

Today, to become a Grandmaster, players have to gain norms from tournaments where you play opponents from at least two different countries, touching an ELO rating of 2500 and a performance rating of 2600. There are a host of tournaments run for the benefit of those seeking norms, where GMs, both moderately strong and washed-up, are invited against a fee by organizers to make up a third of the field.

Indian norm-seekers, in the absence of tournaments back home post the pandemic, have been holding out in Europe, and playing these round-robin events in the hunt of norms and titles. The strength and familiarity of the competition field of these events, where you could wind up playing the same opponent every other week, has been of some contention. However, it’s also a product of circumstance and players can’t be held culpable.

When Mishra turned GM, reigning world champion Magnus Carslen would remark that he’s “pretty impressed” with the feat, considering that the youngster camped in Hungary for months together to chase down his goal. “On the one hand,” he would say then, “that gives you a better chance to get the norms but it also means that these tournaments are practically organized for you to achieve this particular aim so it also puts a lot of pressure on you.”

India has had five new Grandmasters joining the roster in the past seven months. Two of them – Sankalp Gupta and Mitrabha Guha – over two days at the start of last week, became the country’s 71st and 72nd GMs.

Crypto enthusiast Sankalp, belonging to Nagpur, gathered his required three norms in just 24 days, over three consecutive tournaments in the central Serbian town of Arandjelovac. In contrast, Mitrabha gained his first GM norm in June 2018 but had to tread water for two years with the pandemic gate-crashing his plans. The Kolkata boy picked up his final two norms in three months, starting September this year. Sankalp had zero GM norms when he travelled to Serbia in October, while Mitrabha arrived in Novi Sad last week, in hunt of his final norm.

Both had played the Sheikh Hasina International GM event in Bangladesh together in September. Sankalp won the tournament while it was to be the setting for Mitrabha’s second GM norm.

What do the players say?

Mitrabha, who won two of his three norms in open events – tournaments with a sizeable number of players, finds attaining norms against a strong playing field comparatively more satisfying and thinks as long as GM titles are born out of “good” events, they aren’t really a problem.

Sankalp’s norms came at closed round-robin events and he discerns the debate surrounding the merit of titles. “You know, I get the larger point, perhaps the GM title is not as sacred as before. With regard to the kind of tournaments, I didn’t have much of a choice because there aren’t too many happening right now. But it’s not all that easy either. For instance in the tournament I made my first norm in, there were seven norm-seekers, but I was the only one who managed to win a norm.”

The popular idea of turning the unofficial layer of 2700+ ELO rated players into a separate category above regular GMs finds an advocate in former world champion, Vladmir Kramnik. “I don’t find the current system a disaster,” he tells ESPN, “but maybe coming up with a new title like Super GM with a criteria of being in the top ten for two years or something of that sort could be considered.” FIDE, however, Sutovsky says, isn’t considering it at the moment.

In the larger scheme of things, despite attempts at plugging in gaps, some ills might still be vastly challenging to rein in – pre-arranged draws, for instance. Though a questionable practice, it’s entrenchment in the culture of the sport over the years has had a sort of normalizing effect.

Carlsen’s coach, Peter Heine Nielsen asserts it has no place in the game. However, he doesn’t take exception to the present system being geared toward rapid multiplication of GMs. “If you look at it, the financial value of the title has depleted. It’s no longer enough to be a GM. But I feel happy to see players get the GM title and don’t care much about whether they got there easier than me. At the end of the day, titles offer incentives to players and create wonderful stories.”