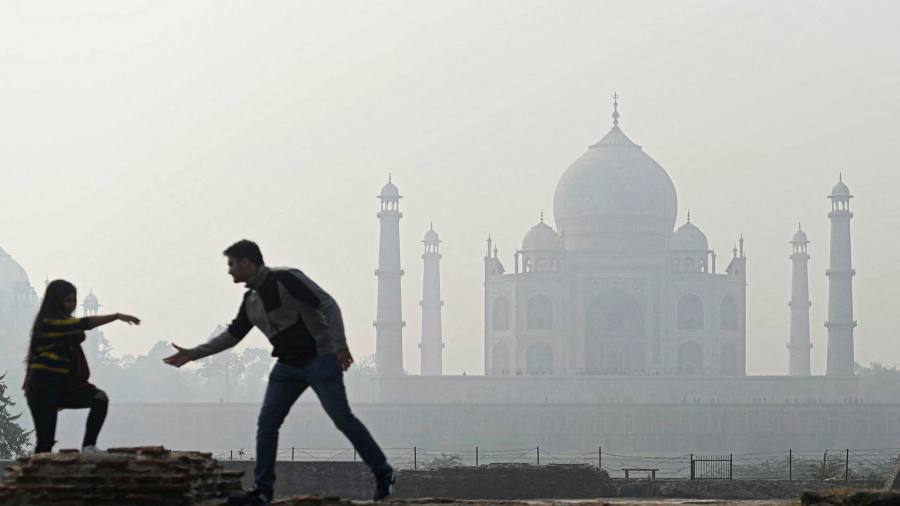 Indian regulators have closed six of the 11 coal-fired power plants within a 300km radius of New Delhi, as the capital has been blanketed by toxic smog for nearly two weeks.

The Commission for Air Quality Management also closed schools and colleges until further notice, banned private construction work and restricted the entry of trucks into the city until November 21.

The temporary restrictions followed a warning from the Indian Meteorological Department that climactic conditions meant the dangerous air pollution was likely to persist.

India’s Supreme Court has demanded that authorities take steps to tackle the problem, potentially including a Covid-style lockdown.

Environmentalists said the temporary closure of the thermal power plants would help reduce emissions but urged authorities to take more stringent long-term measures to prevent air quality from deteriorating to such dangerous levels.

“It’s a good step, but it’s too little too late,” said Jyoti Pandey Lavakare, co-founder of Care for Air, a civil society group that advocates for stronger pollution control measures, and author of Breathing Here is Injurious to your Health. “Pollution is something they should be addressing through the year, not in a knee-jerk reactive way.”

“This is not an unknown emergency,” she added. “This is something that happens every single year without fail. Half a billion people on the Indo-Gangetic Plain get completely shrouded by this toxic smog.”

New Delhi has been ranked as the world’s most polluted capital city for three successive years in the World Air Quality report from IQ Air, a Swiss air technology company. Levels of dangerous fine particulates, known as PM2.5, in the city are 16 times higher than what has been deemed safe by the World Health Organization, with the air fouled by a mix of diesel exhaust, industrial emissions, dust and smoke from the burning of agricultural waste.

Pollution is not restricted to the capital: ten of the world’s most polluted 15 cities are in north India, according to IQ Air. The Lancet medical journal estimates that India’s air pollution causes 1m deaths a year.

While authorities have tried to ban polluting activities such as the setting off of firecrackers and stubble burning by farmers, enforcement is weak, with politicians reluctant to crack down on powerful interest groups.

Delhi residents defied the ban on firecrackers during the recent Diwali holiday, drawing praise from Hindu nationalists for resisting a rule they portrayed as an attack on their religion.

“It’s not being taken seriously,” said Pandey. “People don’t realise there is a cumulative, irreversible harm being down to their bodies through the years.”

India’s pollution crisis has coincided with its push — alongside China — to dilute the COP26 agreement by insisting on weaker language for the phasing out of coal-fired power.

New Delhi insists that it must expand its coal-fired power plant capacity to meet the energy and development needs of its impoverished population.