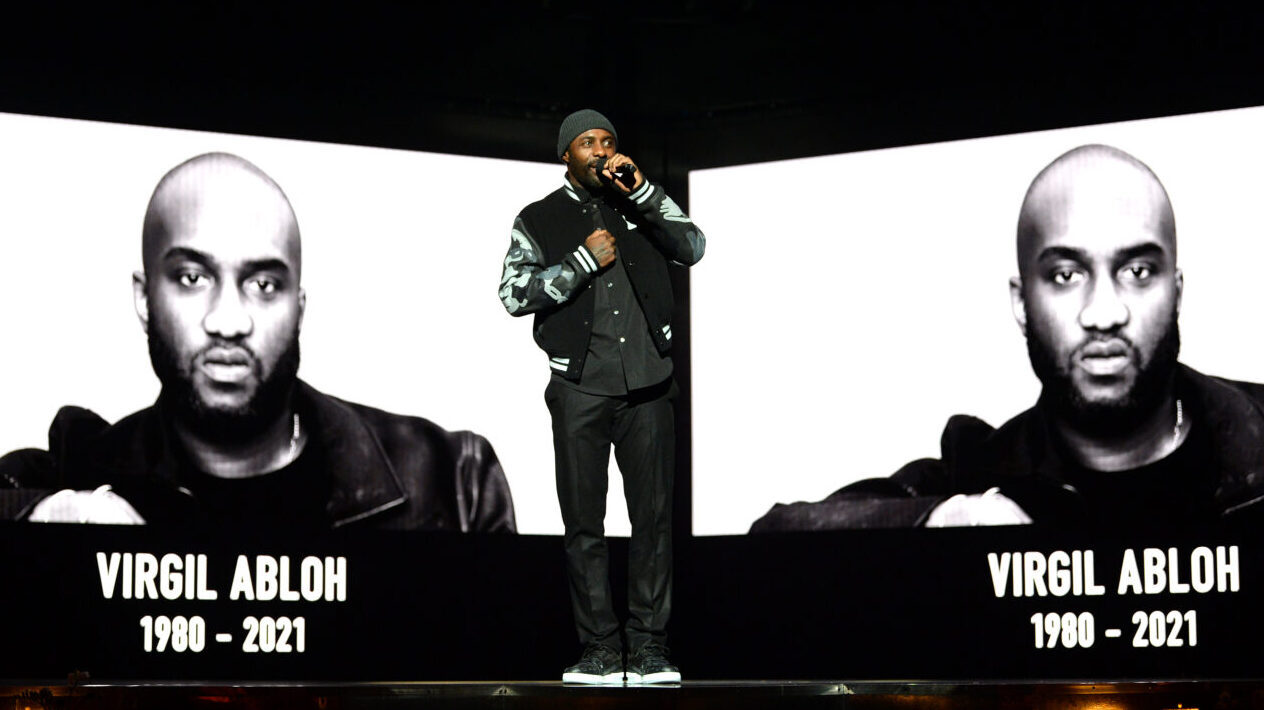 The Fashion Awards 2021 returned to an in-person celebration after being virtual last year at the height of the coronavirus pandemic. The event was held in London just one day after the surprising passing of Louis Vuitton’s artistic director, Virgil Abloh.

English star Idris Elba took to the stage at Royal Albert Hall to pay tribute to the designer. “I lost a friend, his wife lost a husband, the fashion industry lost a legend, and the world lost a special human being,” he told attendees, per Metro UK.

As previously reported, Abloh, 41, died Sunday after a private battle with a rare, aggressive form of cancer. His passing was announced by his family in an Instagram post that sent shockwaves through the fashion and entertainment communities, resulting in Elba dedicating the entire Fashion Awards show to the designer’s brief life.

He described Abloh as “one of the few people I could have a conversation [with] about multitasking. But he didn’t do it for the fame or the money; he did it to inspire others.”

The actor then read one of Dr. Maya Angelou’s iconic poems, When Great Trees Fall. which reads, in part:

the air around us becomes

The poem was reportedly written about Dr. Martin Luther King, Jr., who died on April 4, 1968, which was also Dr. Angelou’s 40th birthday. She was reportedly so devastated by the civil rights leader’s assassination that she stopped celebrating her own birthday for many years.

Elba was not the only one with a show dedication for Abloh. “The shock of his passing,” British Vogue editor Edward Enninful said, “is as fresh as it is devastating. As a leader of change, the impact of his work cannot be overstated.”

“Virgil was an inspiration,” opined Tony- Grammy- and Emmy Award-winning actor Billy Porter, “and it is our responsibility to honor and carry forward every loving moment he brought to this industry.”

Abloh is survived by his wife, Shannon, children Lowe and Grey, a sister and his parents. Information about a memorial service to honor his life has not been disclosed.