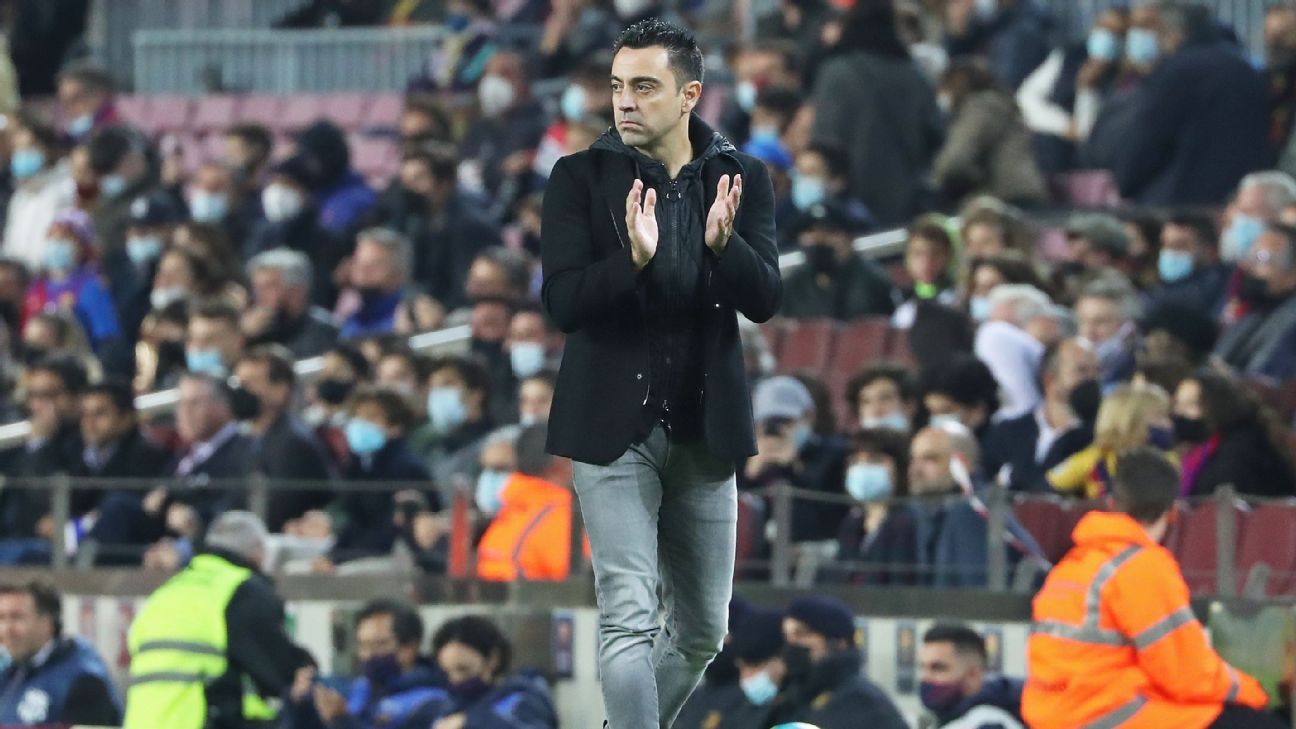 Barcelona coach Xavi Hernandez said he is only thinking about winning when asked how he would deal with a potential defeat against Benfica in the Champions League on Tuesday.

Barca host Benfica at Camp Nou knowing they can book their place in the round-of-16 with a win. However, a failure to secure three points would likely leave them needing to beat Bayern Munich in their final group game, depending on Benfica’s result against Dynamo Kiev in their last match.

“Why are you giving a negative hypothesis?,” Xavi bit back when asked in a news conference what a loss would mean.

“Why ask about that? I prefer to speak about other hypotheses. I am not contemplating losing. What I have experienced at Barcelona is winning. To give a message in the event of not qualifying is to think in negative terms.

“I am very positive — very. I visualise winning on Tuesday and scoring goals. No one can take that away from me. Well, Benfica can if they beat us, but for now let me dream.”

Xavi, whose first game in charge ended with a 1-0 win against Espanyol in Saturday’s Catalan derby in LaLiga, said he was happy with what he saw for “80 minutes” of his debut.

He said Tuesday’s game now represented a “golden opportunity” to keep the mood around the club high which has significantly improved since he replaced Ronald Koeman earlier this month.

Barca will be without Ansu Fati, Sergio Aguero, Martin Braithwaite and Pedri for Tuesday’s game against Benfica, while they will make a late decision on several other players.

Xavi said Ousmane Dembele, Sergi Roberto and Sergino Dest are all close to returning from recent injuries, but their availability will depend on how they come through Monday’s training session.

Barca are especially short in attack. Aside from Ansu, Aguero and Braithwaite, plus the doubts over Dembele, they’re unable to call on youngsters Ilias Akhomach or Abde Ezzalzouli, who both featured against Espanyol.

Ilias is suspended after getting sent off in the UEFA Youth League, while Abde has not been registered for the Champions League.

Xavi also praised the supporters for the atmosphere during the Espanyol game, saying it was unlike anything he had seen during his time as a player at Camp Nou, and knocked back reports he was keen on signing any players from his former club, Al Sadd.

Defender Jordi Alba, meanwhile, praised the impact Xavi has had since replacing Koeman just over two weeks ago.

“Koeman did a great job, we won the Copa del Rey under him when no one thought we would,” Alba said. “But now we have a new coach, the president [Joan Laporta] decided to make a change, and we’re really happy that Xavi has come in.

“He is the right person to take charge. It is an added motivation to have him as coach. For those of us that know him, we know what he means for this club and how he has always experienced the game with a lot of intensity.

“For the young players, he’s a reference, an emblem of Barcelona. You can already see the change of chip and that’s only going to get better.”

Barca are second in Group E with six points, two clear of Benfica and five ahead of Kiev. Bayern, top with 12 points, have already booked their place in the Champions League knockout stages.