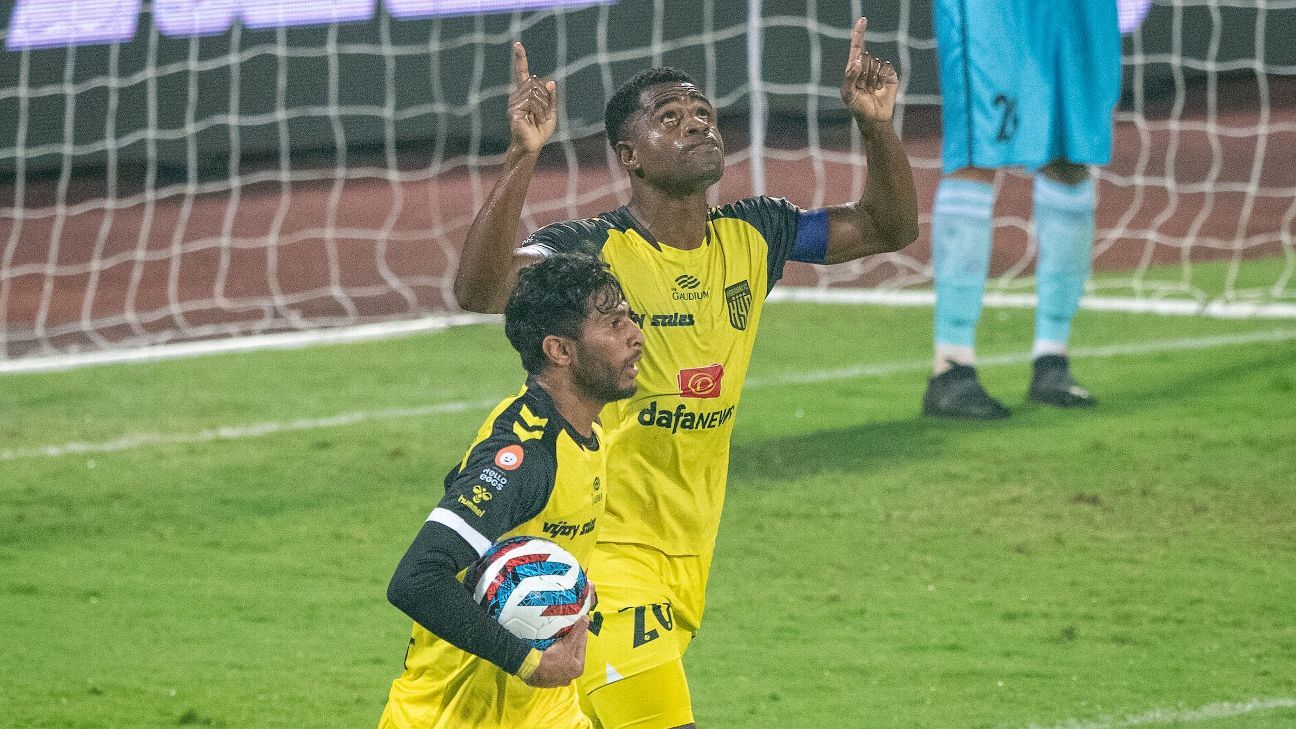 SC East Bengal held Hyderabad FC to a 1-1 draw in their 2021-22 Indian Super League fixture at the Athletic Stadium in Bambolim on Thursday. Hyderabad extended their unbeaten run to six games but SC East Bengal remain winless in eight matches.

Amir Dervisevic (20′) gave SC East Bengal an early lead against the run of play with a brilliant free-kick but Bartholomew Ogbeche scored the equaliser for Hyderabad in the 35th minute.

Joel Chianese was the first to test Arindam Bhattacharja in the 12th minute after a cautious start from both teams. However, it was SC East Bengal that went into the lead thanks to a powerful direct free-kick from outside the box by Amir Dervisevic. The midfielder scored with a left-footed shot that caught Laxmikant Kattimani unaware. Post the drinks break, Hyderabad FC turned up the intensity and scored through Bartholomew Ogbeche. A pinpoint cross from the left flank by Aniket Jadhav found Ogbeche who headed the ball past the goalkeeper.

The second half saw both teams cancel each other out and both tacticians made personnel changes to change the complexion of the game. Raju Gaikwad was one of the players to make way who suffered a blow to the head earlier in the match.

At the 85th minute mark, Sahil Tavora attempted a long-range attempt which made Arindam parry the shot away. The rebound from Siverio went wayward, to the goalkeeper’s relief. Despite trying their best, neither side could find the winner and the game ended on even terms.

Hyderabad FC will play Odisha FC in their next at the Athletic Stadium on Tuesday while SC East Bengal has a long rest period before facing Bengaluru FC on 4 January.