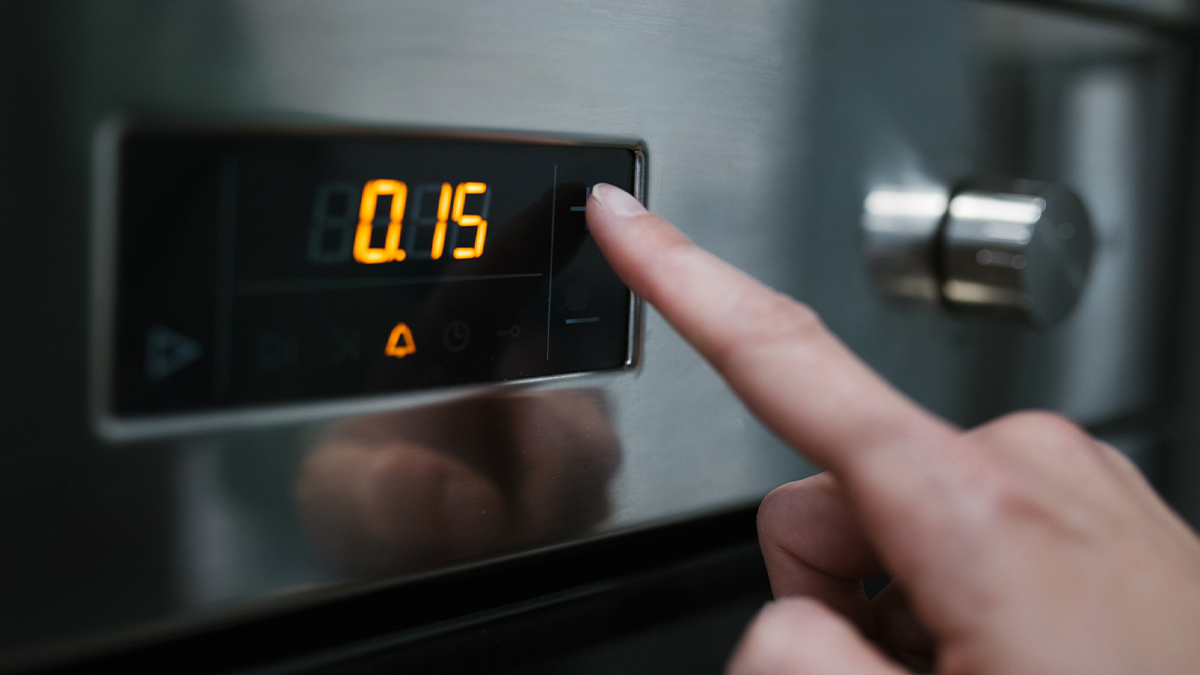 Whipping up homemade rolls, cookies, and cakes from scratch is truly my bread and butter as a home baker. But, the one step I’m not fond of is waiting for my oven to get evenly pre-heated, which can feel like an eternity when I’m craving a sweet treat. Thankfully, I came across a quick trick for how to preheat the oven quickly that I plan on using often whether I’m short on time or not!

Lifehacker writer Rachel Fairbank shares a simple tip for preheating your oven in a snap that left me stunned in the best way possible. She suggests turning on your boiler on its highest setting for three to five minutes before setting the oven to its desired preheat temperature. This gets your oven hot a lot quicker because it’s circulating the broiler’s intense heat, allowing it to reach the ideal temperature in 10 minutes or less.

Because the oven is starting out cold and has to gradually come up to the set temperature, you might often find yourself waiting 15 to 20 minutes for your oven preheat, depending on the make and model. However, this handy broiler step saves you an extra five to 10 minutes on, which is especially helpful those weeknights when you’re trying to get dinner on the table as fast as possible after a hectic day.

Since my oven typically takes around 20 minutes, I’d like to think this trick was specially made for my weekly baking adventures. I tried this out before baking a small batch of frozen cheddar biscuits. First, I let my broiler run on its high setting for four minutes before turning it off. Next, I turned the oven to 400 degrees Fahrenheit. It only took nine minutes to preheat so that’s half of what it usually takes when I set my oven to any temperature.

Then, I baked the biscuits for about 15 minutes until golden brown and they came out great as always! It’s safe to say, I’ll be cranking up my broiler before preheating the oven from now on.

This easy hack means there’s no need to frantically search online for how to preheat an oven quickly while that cake or casserole is waiting to be baked. So it makes the process of making mouthwatering baked recipes like roasted potatoes and chocolate cake much more seamless!

This article originally appeared on our sister site, First for Women.