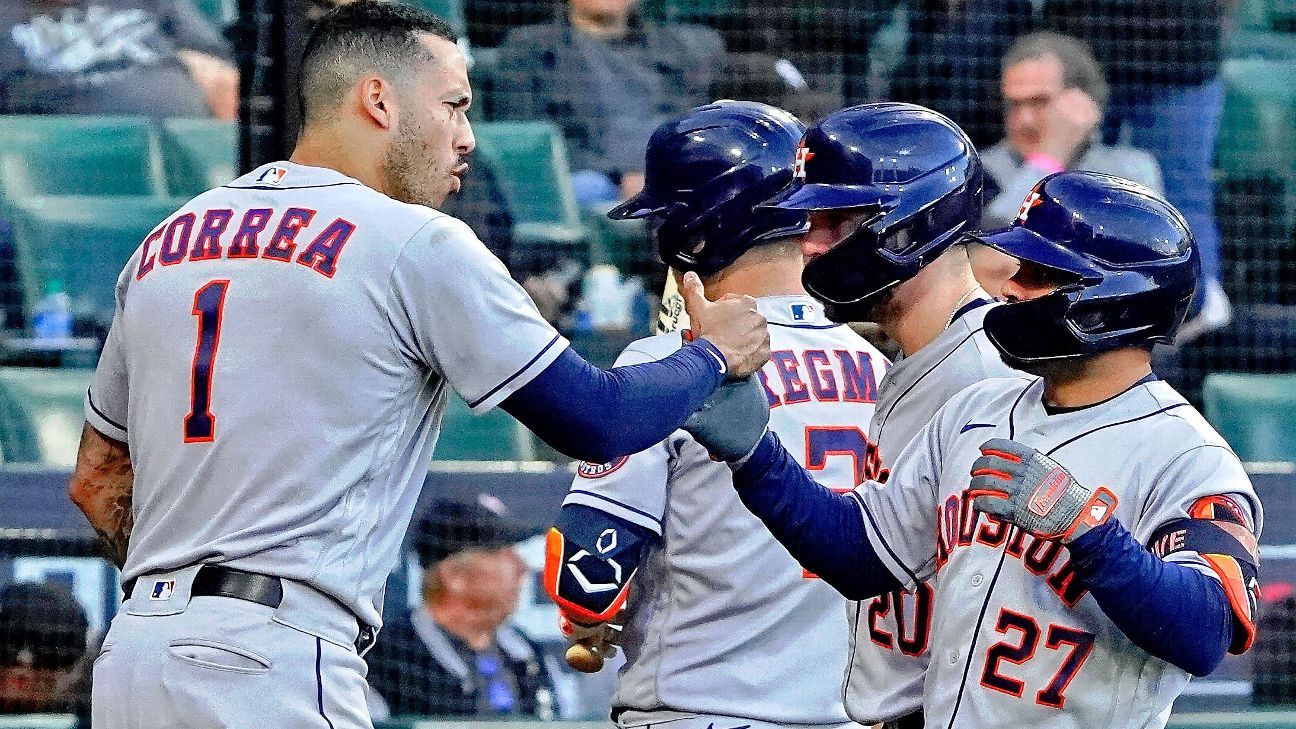 CHICAGO — The Houston Astros advanced to their fifth consecutive American League Championship Series on Tuesday by beating the Chicago White Sox 10-1 in Game 4 of their best-of-five division series matchup.

The Astros are the third team ever to appear in five straight league championship series, and first to do so since the Atlanta Braves reached eight straight from 1991-1999.

McCullers pitched only four innings, allowing five hits and three walks. He wasn’t as sharp as he was in Game 1, but nearly as effective. Two double plays turned behind him helped his cause. The Astros bullpen was perfect over the final five innings.

Houston erased a 1-0 deficit in the third inning when shortstop Carlos Correa doubled to left with the bases loaded on an 0-2 pitch by White Sox starter Carlos Rodon. The Astros added to the lead in the fourth when third baseman Alex Bregman doubled on a 3-0 pitch by reliever Garrett Crochet with two men on. Both scored.

Jose Altuve sealed the series with a three-run homer off Chicago closer Liam Hendriks in the top of the ninth.

The Astros were aided by three uncontested stolen bases in the middle innings, two by outfielder Kyle Tucker during one sequence in the fourth.

Warnings were issued to both teams after Astros reliever Kendall Graveman hit White Sox first baseman Jose Abreu in the bottom of the eighth.

After leading the American League in ERA during the regular season, the White Sox rotation struggled over the four games. They’re the fifth rotation ever to compile an ERA over 10.00 (10.22) over the first four games of a playoff series.

Next up for the Astros — looking for the franchise’s second championship after winning it all in 2017 — is Game 1 of the ALCS against former bench coach Alex Cora and the Boston Red Sox on Friday in Houston. The Red Sox eliminated Tampa Bay with a 6-5 victory in Game 4 on Monday night.

“They know how to play the game,” Altuve said of Boston. “They’ve been in the playoffs before, so it’s going to be fun.”

Houston opened as a -150 series favorite at Caesars Sportsbook. The Red Sox are +130.

It’ll be Houston’s second ALCS under 72-year-old manager Dusty Baker, whose club got the best of 77-year-old Chicago skipper Tony La Russa. Baker replaced A.J. Hinch, who was fired in fallout from the Astros’ 2017 sign-stealing scandal that also resulted in a one-year ban for Cora.

The crowd at Guaranteed Rate Field chanted “Cheater! Cheater!” at times during the two games in Chicago, and White Sox reliever Ryan Tepera implied late Sunday night that Houston may have been stealing signs in Games 1 and 2.

But the Astros, used to dealing with boos ever since the scandal came to light, brushed it all off. Asked about Tepera’s comments after Game 4 was postponed Monday because of rain, Bregman responded: “It’s all good. We’re focused on winning games. That’s it.”

The Associated Press contributed to this report.