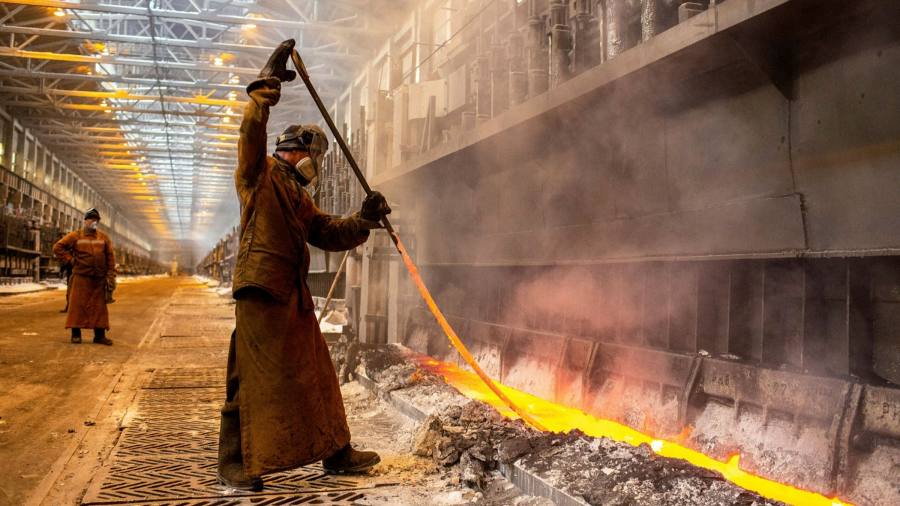 Stock market regulators in Hong Kong are probing plans by Russian aluminium producer Rusal to spin off its high-carbon smelters and refineries into a separate company that will be listed in Moscow.

The decision to examine the proposed demerger was triggered by a complaint from Odey Asset Management, according to emails seen by the Financial Times.

The London-based hedge fund believes a recent agreement between Rusal’s two biggest shareholders means they should not be allowed to vote.

If they are prevented from voting on the deal, it would hand a huge amount of influence to minority shareholders. Hong Kong-listed Rusal has a public free float of little more than 10 per cent according to some analysts and the demerger requires backing from 75 per cent of shareholders present at a special meeting.

Rusal announced the spin-off plan in May in a move that would allow it to focus on the fast-growing market for “green aluminium”.

The company is 57 per cent owned by EN+, the hydropower-to-metals group controlled by Russian oligarch Oleg Deripaska. Its second-biggest shareholder with 25.5 per cent is Sual Partners, a vehicle in which billionaires Leonard Blavatnik and Viktor Vekselberg are investors.

For much of the year, Sual has been at loggerheads with Rusal and EN+, calling for the appointment of a new board and the resumption of dividends. It has objected to the demerger and voted against plans for Rusal to be renamed AL+ at its annual meeting.

However, Sual this month dropped its opposition to the spin off after “further discussions with EN+”. The “alignment”, as EN+ called it, has rung alarm bells at Odey, which is concerned that an attempt could be made to buy out minority shareholders once the demerger is complete, according to people with knowledge of the matter.

Rusal is worth $15.6bn — only $3bn more than the value of its 25.5 per cent stake in Russian metals miner Norilsk Nickel. At current prices, its value including net debt, adjusted for its stake in Norilsk Nickel, is about 3.5 times forecast earnings before interest, tax, depreciation and amortisation, according to JPMorgan.

Odey’s Natural Resources Fund, run by Henry Steel, has told Rusal and its advisers that it would vote in favour of the deal but only if Rusal sets out a sustainable capital returns policy, the people said — a move it believes would help drive a re-rating of it shares.

Aluminium prices have risen more than 30 per cent this year following production cuts in China, boosting profits and cash flow at Rusal, which has a 6 per cent share of the global market. However, the company has again decided not to pay a dividend, focusing instead on reducing debt.

Odey holds no shares in Rusal but owns derivatives that give it the option to acquire a stake. Steel has used derivatives to agitate for higher bids in the takeovers of Acacia Mining and Sirius Minerals. His fund is up 20 per cent since its launch in 2019 and 30 per cent this year.

Rusal said it was not aware of any investigation by HKEX and that it had yet to publish any information concerning voting arrangements for the demerger.

“The case for demerger is clear and will create value for all shareholders,” the company said in a statement. “The two businesses will have a different trajectory and strategy to decarbonise their operations but they will share the same 2050 goal: net zero.”

Steel said he had discussed his concerns with Rusal and the chair of EN+.

“We are grateful for the continued engagement with all stakeholders, particularly with the boards of EN+ and Rusal, to ensure that potential or perceived conflicts with minority shareholders are nullified,” he said.

Rusal’s spin-off plan comes after the EU launched a carbon border adjustment mechanism that will force importers of steel, cement, aluminium and fertiliser to pay the same carbon costs faced by European industry. The prospect of the levy has alarmed Russian businesses, which have said they would be the worst hit.