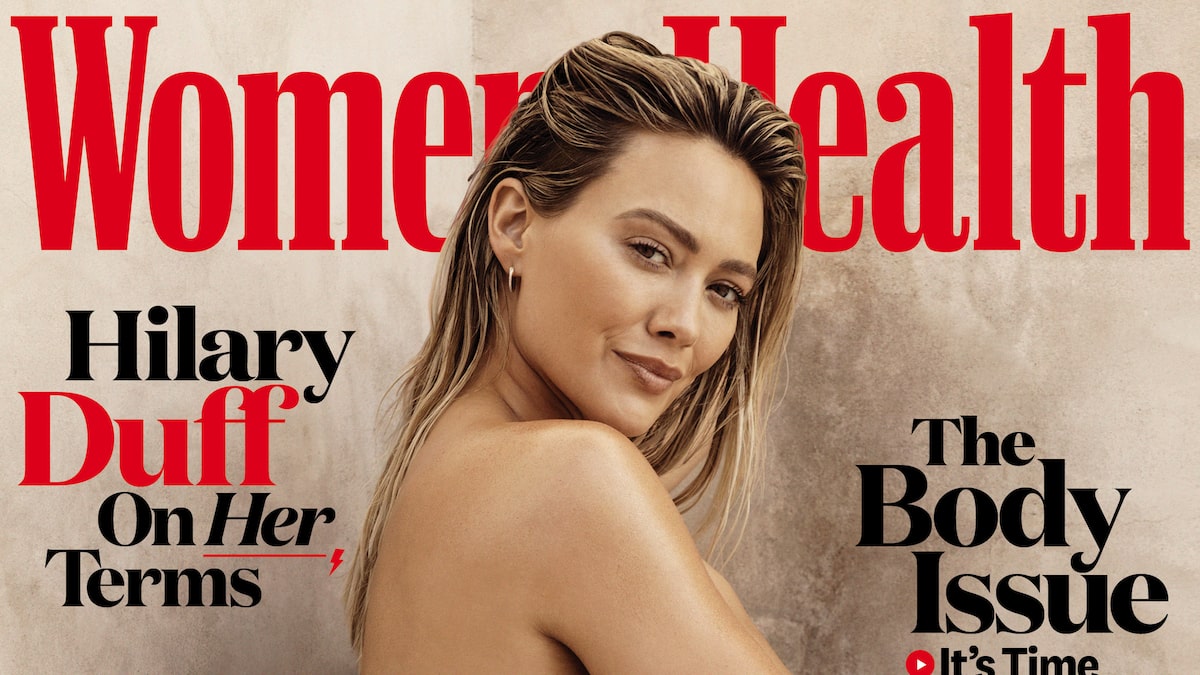 Actress Hilary Duff is baring it all for the May/June 2022 issue of Women’s Health.

Duff showed off her naked body on the cover in honor of the Body issue, which is focusing on the evolution in how women talk about their bodies.

Of her decision to strip down, she shared, “I’m proud of my body. I’m proud that it’s produced three children for me. I’ve gotten to a place of being peaceful with the changes my body has gone through.”

She added, “I also want people to know a makeup artist was there putting glow all over my body and someone put me in the most flattering position.”

Duff also opened up about when she got to a positive place with her body. She said, “Perhaps after having Banks. I didn’t even know if I was going to have the opportunity to have another child [after the divorce]. So, being a mom again, maybe. It was a whole mix of things — of being settled and realizing that I’m powerful and talented and smart. All mental things.”

In the magazine’s “Body Scan” video, Duff revealed what she loves most about her body, saying, “I think that, at 34, I have just gained a lot of respect for my body. It’s taken me all the places I need to go. It’s helped me build a beautiful family. I feel like the older I get, the more confident I get in my own skin… I’m really just fascinated by one, being a woman. And two, all the changes that your body can go through throughout your lifetime.”

Women’s Health editor-in-chief Liz Plosser praised Hilary in her monthly editor’s letter. She wrote, “I dreamed of working with a cover star who would embrace the vulnerable experience of presenting herself exactly as she is. Hilary Duff looks incredibly strong and stunning. And as she shares, she works at it, sweating with a trainer. But I think the glowing ‘this is me’ vibe she exudes is more about her mindset at her photo shoot, plus how she settled in and shone under the California sun.”