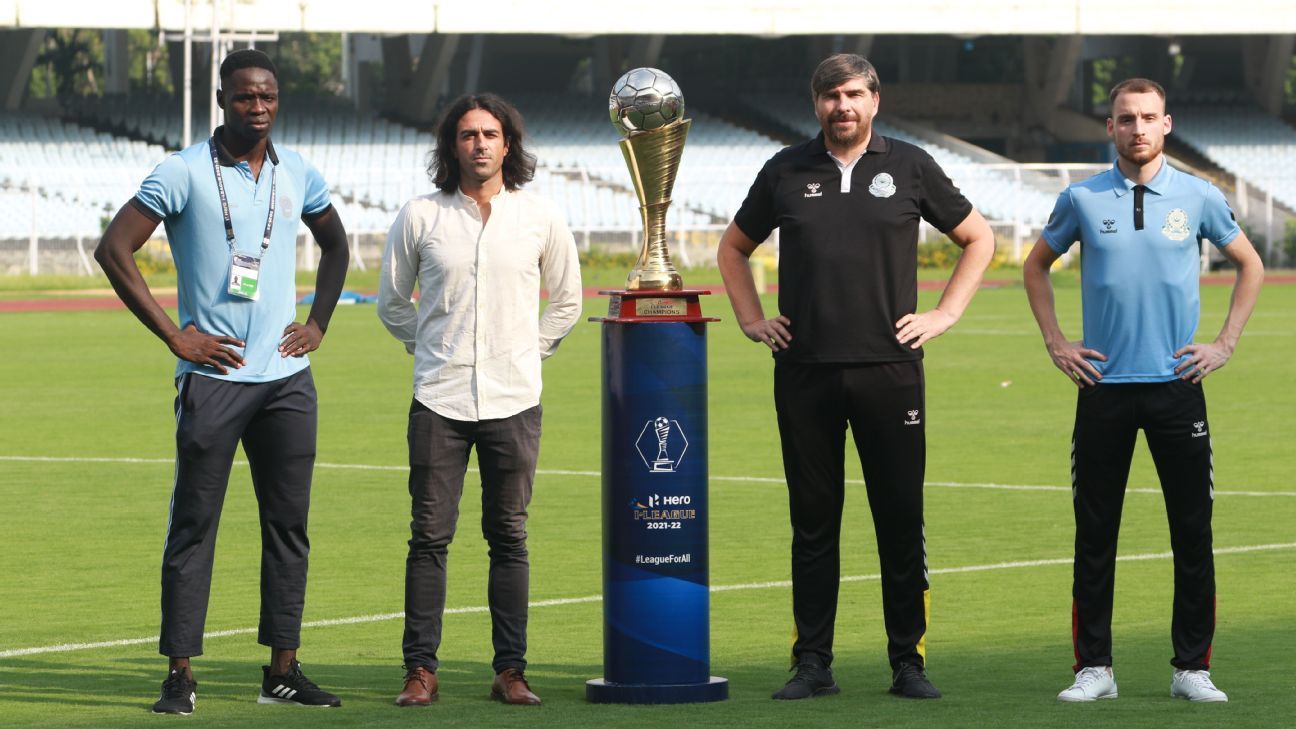 This is what the I-League does best: Drama.

Before Tuesday, May 10, Gokulam Kerala had won 12, drawn 4 and lost none of their 16 league games. In fact, if we go back to last season, they’d remained unbeaten in 21 games – the longest run in the history of the competition.

A draw against newcomers Sreenidi Deccan and the championship was theirs again – a first title defence in 15 years of I-League football. For a club that was born only in 2017, this would have been some achievement: 1 Durand Cup, 2 Kerala Premier Leagues, 1 Indian Women’s League (leading the table this season as well), and now 2 I-Leagues in just five years. Incredible.

So now, it’s down to the final day, again. They need just a draw still to do it, to own history. One point. Up against them, though, are a team that can pinch the league if they pull off a win of their own. A club that’s one of the grandest sporting institutions in the nation. A cultural phenomenon that’s slowly rebuilding itself, rising from decay and negligence and near-invisibility. Mohammedan Sporting Club, founded 1891. And they’ll have 40,000 fans backing them at their home, the great Salt Lake stadium.

Drama, with a capital D.

Vincenzo Annese, head coach of Gokulam, speaks like he’s bouncing on the balls of his feet: fast, quick sentences laced with emotion and energy. You can see why his team plays with the intensity they do.

He’s pumped for this one – as he has been for every match since landing in India two years ago. At the time, he had gone to Kozhikode, Gokulam’s home base, and selected 4 players from their nascent reserves team. This season – the I-League being what it is – continuity wasn’t a luxury afforded to Annese, so he had to rebuild a champion side. And he did, leaning once again on the reserves.

“Nine of the first 11 that played last season left,” he says. “Most of my team comes from the academy [8 of 26].” It’s something he keeps repeating ahead of this final day clash, contrasting the experience of his opposition with the inexperience of his. A way to ease the pressure on his young players, perhaps.

There will be pressure, of course. First of all, the fact that it really shouldn’t have come to this. Mohammedan had led the league from matchdays two to eight, but since then it had been all Gokulam. They clinched top spot in the first phase of the campaign with a game to spare, and have led comfortably for all of the second (and final) phase. Most of all, though, it’ll come down to the crowd.

The I-League has been played in a bubble for the past two years, but this match will be open to crowds, and it will be a very hostile one. He “loves it”. Having coached in Indonesia, he misses the noise and intimidation of a full house of opposing fans. Which is why, he believes, “we must follow our heart. We have fighting spirit, energy, and are tactically disciplined. The heart, though, is the most important.” He says it will be an advantage that they generally play without thinking too much – relying on instinct and instruction, attacking in waves.

The fans are also a reason why he promises he won’t be going for the draw. “If you play to defend, with the crowd that Mohammedan will have against us…” He doesn’t need to finish the thought. You can see the scenario play out in your mind’s eye, and it probably doesn’t go too well for Gokulam. “If we were in Kerala, there would have been no chance for Mohammedan, but we’re in Kolkata!”

Anyway, it goes against his natural instincts of attack-attack-attack. Last season they scored more goals than anyone (31 in 15), and it’s much the same this season (42 in 17). “We will play to win, to kill the hopes [of the stadium].” He then adds, with a cheeky smile, “maybe after the first 15 minutes, they will then support us because of the way we play.”

Andrey Chernyshov, head coach of Mohammedan Sporting, is a far more relaxed figure. He leans back in his chair when speaking, barely an emotion registering on face. He dismisses any thoughts of the crowds being anything other than fully partisan for the whole ninety. “40,000 fans, against a strong team, it won’t be easy for them. My players must understand too, of course. Some may get too nervous if they see so many fans, they must remain strong”

Salt Lake, on Saturday, will be loud. Mohammedan’s fans have been suffering for decades now. In fifteen years, they have not come close to winning the I-League. In fact, they’d been languishing in the I-League second division for a decade before promotion last season – which was a middling one. That was the beginning of an upturn.

They appointed Chernyshov in 2021 and he has since led them to the final of the Durand Cup (where they lost narrowly to ISL side FC Goa) and their first Calcutta Football League title in 40 years. Having once fielded some of the greatest teams to ever kick a football in India, these were the kind of results, performances that they had been thirsting for. Come Saturday, they will believe. Just like their coach does.

“Every day, every practice, every game, I told my players that we must believe,” he says. “We will only know the result at the end, but if we have even a small chance we must fight for it. If you don’t believe in your players and yourself, you better don’t work with the team, change the job. Sport, football is all about belief.”

He had not let their early lead get to their head, and he didn’t let the later distance from the top affect their confidence. In Marcus Joseph (once of the Gokulam parish), they have the league’s leading scorer (15) and in Nikola Stojanovic they have its leading assist maker (9) – this is a serious team with serious players and Chernyshov is banking on their experience.

“I told my players,” he says, “this is football, things can change in one minute. So we played well, (on Tuesday, against Rajasthan United) and got the result.” This, he says, despite all of their concentration being on the Gokulam game later that day. It shows character, he believes, and that’s what he knows will tide them over in front of the mass of fans that will be urging them on.

If Gokulam get a point, the gap remains at three and they will defend their crown. If Mohammedan win, they will go level on points with Gokulam, but will take the title on superior head-to-head (they had drawn 1-1 in the reverse fixture). Come 7PM on Saturday, the I-League, marginalised as it is in the larger scheme of things, promises to deliver yet another blockbuster climax. What will we have? The continued dominance of the newcomer or the return of a grand old king? Agony or ecstasy for 40,000?… Drama, capital D.