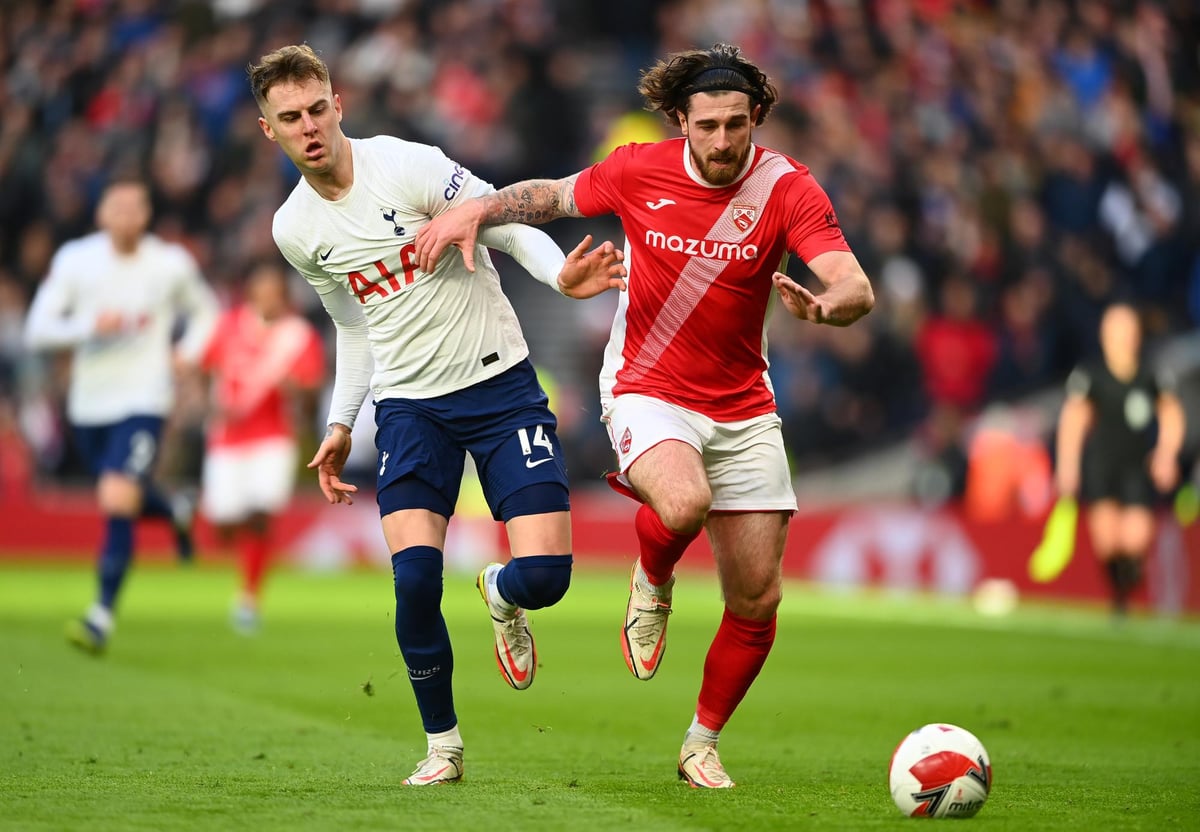 The 28-year-old Englishman hit the goal trail last season, netting 26 times in 50 games for League One side Morecambe, making him one of the top scorers in the division.

In total, he has scored 58 goals for the Shrimps since joining from Tranmere in the summer of 2019.

Stockton enjoyed a less successful spell at Hearts after joining Ian Cathro’s side in 2017, leaving just six months into a two-year contract after failing to hit the target in 15 appearances, starting just four games.

According to the Scottish Sun, Hibs boss Lee Johnson is lining up a swoop for the player having watched him at close quarters in England’s third tier during his spell in charge of Sunderland.

Stockport County are also said to be interested while Bolton Wanderers were linked with a move prior to the January transfer window.

Stockton’s current deal runs to the summer of 2023, meaning Hibs would need to pay a fee for the striker, but recent reports claim Morecambe are seeking to extend his contract and, in the process, make him the club’s top earner.

Speaking earlier this month, Shrimps boss Derek Adams told the Lancaster Guardian: “We haven’t had any interest in Cole Stockton, we’ve had no dialogue with any club at this moment in time.

Morecambe’s Cole Stockton is challenged by Joe Rodon of Tottenham during an FA Cup third round match in January. (Photo by Alex Davidson/Getty Images)

“We have set our stall out in terms of what we want to do. He has got another year to run on his contract and we would like to extend that.”

Of transfer rumours, Adams added: “That’s always going to be the case. The owners have a value on the player, as they have on all the players at the club.

“If someone comes in and offers that money, then they want to be recompensed in the way that they were with Sam (Lavelle) and Carlos (Mendes Gomes) last year. They will, however, be looking for more money than they got for both of those players.”