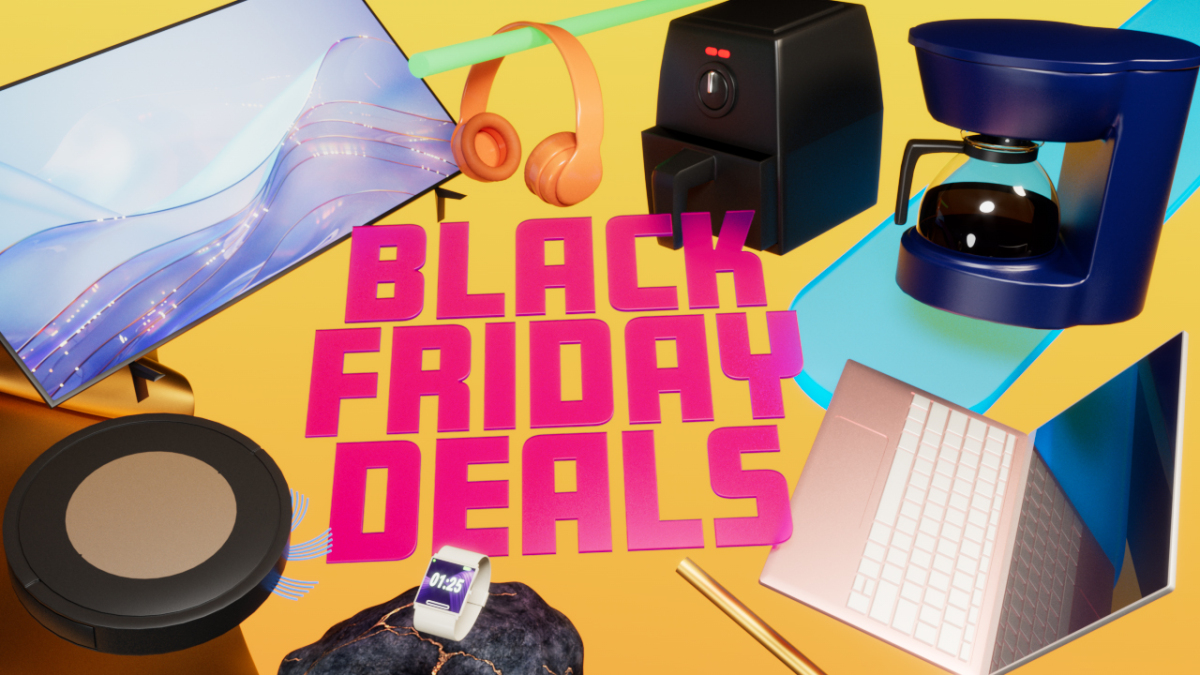 Here are the best early Black Friday deals as of Oct. 11:

Did it hurt? When you realized we’re about to enter our second pandemic holiday shopping season?

Ready or not, Black Friday is coming

It won’t be much longer until retailers start cramming your inbox full of ad scans and deal previews. It may seem a bit pre-emptive, like those neighbors who insist on putting up their Christmas decorations before the leaves fall, but trust us when we say that this year’s Black Friday sales will be even weirder than last year’s.

Under circumstances absolutely no one had on their bingo card, pickles and paper bags have gotten as elusive as Playstation 5s. Blame the Delta variant, which continues to inflame pandemic-related material shortages and delivery delays across industries of all kinds. Unsurprisingly, this ordeal has left manufacturers and retailers scrambling; Walmart, Home Depot, and Ikea have actually gone so far as to charter private cargo ships to make sure their shelves are stocked for the holidays.

As such, finding the best deals this Black Friday will likely be a question of availability more so than price.

“I half-jokingly tell people ‘Order your Christmas presents now because otherwise on Christmas day, there may just be a picture of something that’s not coming until February or March,'” UPS International President Scott Price told Agence France-Presse in mid-September. And you thought finding toilet paper last spring was bad.

Since planning ahead will be your best defense against backorders and “out of stock” notices, we’re rolling out our Black Friday coverage way earlier than usual this year. (The early bird gets the Nintendo Switch bundle, so to speak.) We’ll be updating this post with the best deals as sales start to pop up — in the meantime, here are all the must-know details you’ll need ahead of time.

We’ll find the best deals so you don’t have to.
Credit: Vicky Leta / Mashable

What is Black Friday?

Black Friday is a shopping holiday that takes place every year on the day right after Thanksgiving. It used to be synonymous with viral fistfights and stampedes and lines that stretched around city blocks before 3 a.m., but COVID-19 has turned it into a mostly online event.

When is Black Friday?

While Black Friday proper falls on Nov. 26 this year, several stores have already begun trickling out their holiday doorbusters.

The National Retail Federation officially coined the term “Cyber Monday” in 2005 after it noticed that in previous years, the Monday after Thanksgiving saw a massive uptick in online sales. It credited the phenomenon to two factors: Online retailers were starting to vie for a piece of the Black Friday pie, and shoppers were waiting to peruse the deals on their faster work computers come Monday morning. (At the time, office PCs had better broadband than home setups.)

What stores will be open for in-person shopping this Black Friday, if any?

Most major retailers’ Black Friday hours are still TBD, but we already know that Walmart, Best Buy, Target, Kohl’s, and Bed Bath & Beyond will close their doors on Thanksgiving Day. (That’s another big change from pre-pandemic years, when many stayed open on the federal holiday so that eager shoppers could get a jump on their best deals.) If you feel the urgent need to do some post-pie shopping that day, you’ll have to crack open your laptop instead.

Don’t forget to order a little something nice for yourself this year. You earned it.
Credit: Mashable Illustration

Here are the best deals at each retailer

Amazon: Starting Oct. 4, Amazon is running “Black Friday-worthy deals” every day in the leadup until the actual holiday. Find out what’s up for grabs by visiting its Epic Daily Deals page, installing its mobile app, or by asking your smart home device, “Alexa, what are my deals?” At the time of writing, our top picks included a 20% markdown on Cuisinart’s AirFryer Toaster Oven, an $80 savings on the Instant Pot Duo Crisp, and discounts of up to $50 on the previous-gen Kindle Paperwhites (which come with three free months of Kindle Unlimited).

Bed Bath & Beyond: Check back later for deals!

Best Buy: The electronics store is hosting a pre-Black Friday Flash Sale across its entire site from Oct. 10 to 12. Items are available in limited quantities and rainchecks are not being offered, so act fast. Highlights include $100 off the AirPods Max, a $150 discount on an M1-equipped MacBook Air, and a sub-$1,000 NordicTrack exercise bike.

Dell: Check back later for deals!

Kohl’s: Check back later for deals!

Macy’s: The department store will kick off its Black Friday sale on Tuesday, Nov. 23. Check back later for deals!

Target: From Oct. 10 to 12, the retailer is hosting a three-day Deal Days event featuring “savings and pre-holiday” deals across all categories (available both in stores and online). We saw a $45 discount on the standard AirPods, a 31% markdown on the WiFi-enabled Roomba e5, and a can’t-miss deal on an LG OLED TV that included six months of HBO Max and a $60 gift card on top of a $200 discount. Note that its holiday price match policy will be in effect from Oct. 10 to Dec. 24; you can also take advantage of two new “buy now, pay later” payment options through Sezzle and Affirm.

Walmart: The big box store has also nixed layaway in favor of a new “buy now, pay later” program as part of its partnership with Affirm. Check back later for deals!

Apple’s premium over-ear headphones have never been as cheap as they are right now at Best Buy.
Credit: Apple

Amazon Fire tablets: Save up to $60 on the retailer’s Alexa-enabled tablets; don’t sleep on this Fire HD 10 gaming bundle.

Hisense: Save 40% on the 65-inch Hisense 4K UHD TV with a built-in Roku platform.

JBL: Take up to 40% off headphones and earbuds, including up to 25% off its Quantum line of gaming headphones.

Kindle: Save up to $50 on the previous-gen Kindle Paperwhite and get three free months of Kindle Unlimited.

Bissell: Save $100 on the SpinWave Wet and Dry Robotic Vacuum.

Shark: Save $150 apiece on the WiFi-connected Shark AI and the powerful Shark IQ Robot Self-Empty XL.

Breville: Save up to 20% on coffee makers.

Instant Pot: Save 40% on the 8-quart Instant Pot Duo Crisp, a pressure cooker with an air-frying lid, at Amazon and Target.

KitchenAid: Get 35% off the Professional 5-quart stand mixer in your choice of four colors.

Amazon: Save up to 30% on select living room furniture and rugs.

Casper Sleep: Get 15% off the Element mattress.

Amazon: Save $10 when you buy $50 worth of select toys and games, including LeapFrog Books, LOL Surprise dolls, craft kits, card games, board games, and much more.