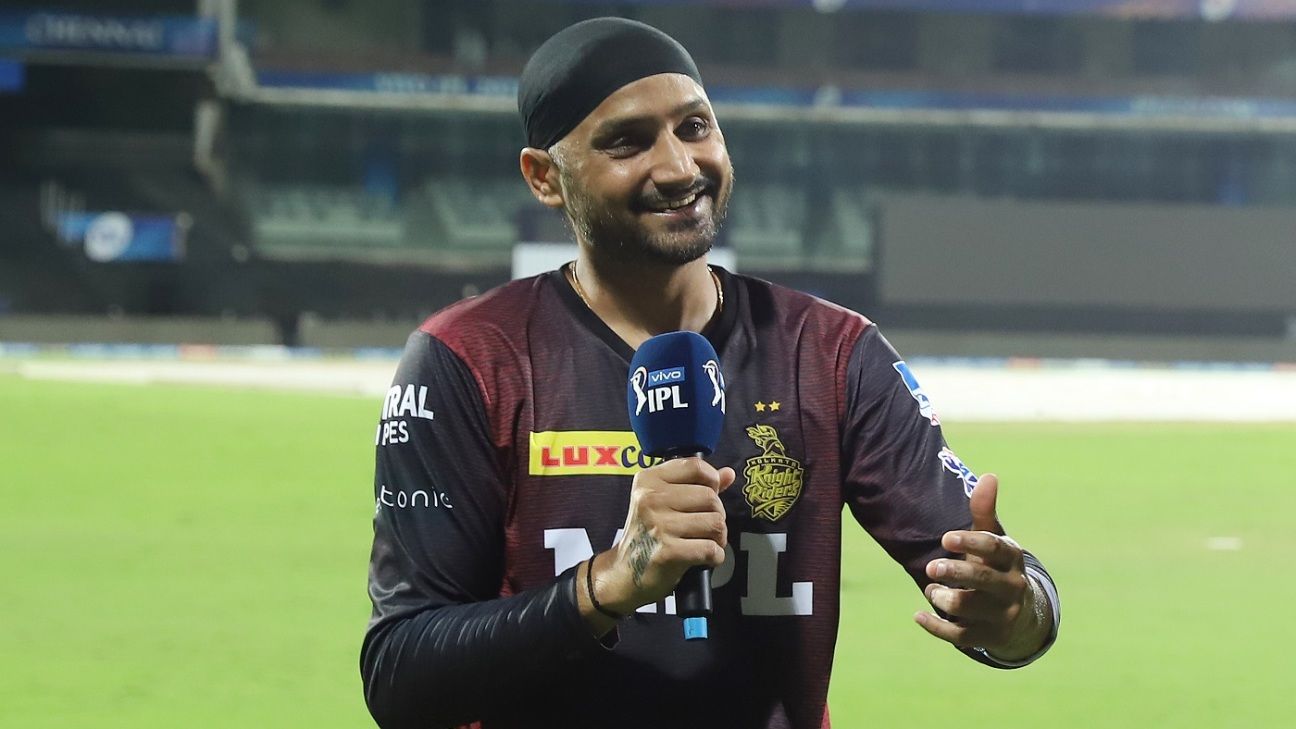 Harbhajan Singh has announced his retirement “from all formats of the game”. In a video message on Twitter, the former India offspinner said that “in many ways, I had already retired”, but because of his commitments with Kolkata Knight Riders in the IPL, he was forced to delay the announcement.

“There comes a time in your life when you must take some tough decisions and move ahead. I have been meaning to make this announcement for the last few years, but I was waiting for the right moment to share it with all of you: today, I am retiring from all formats of cricket,” he said. “In many ways, I had already retired as a cricketer, but hadn’t been able to make a formal announcement.

“I haven’t been an active cricketer for a while. But I had a commitment to Kolkata Knight Riders, and wanted to spend the (2021) IPL season with them. But during the season itself, I had made up my mind to retire.”

All good things come to an end and today as I bid adieu to the game that has given me everything in life, I would like to thank everyone who made this 23-year-long journey beautiful and memorable.
My heartfelt thank you Grateful .https://t.co/iD6WHU46MU

Harbhajan, now 41, made his international debut back in March 1998, in a Test match against Australia in Bengaluru, picking up two wickets in an eight-wicket defeat. He went on to play 103 Tests, for a haul of 417 wickets – still the fourth-highest for India – at an average of 32.46, with an innings best of 8 for 84 and a match best of 15 for 217, both recorded in India’s two-wicket win over Australia in the Chennai Test of 2001, which gave them a 2-1 series win. In the previous Test, in Kolkata, while the partnership between VVS Laxman and Rahul Dravid made the biggest headlines, Harbhajan played a special role in the win, bagging 13 wickets.

“It has been a beautiful journey over 25 years, right from the gullies of Jalandhar to becoming the Turbanator of India,” he said in the statement. “Nothing has been more motivating for me than stepping out on the field while wearing the India jersey.

“Like every [Indian] cricketer, even I wished to bid goodbye in an India jersey, but fate had something else in store for me. Irrespective of the side I represented, I have always given my 100% commitment to ensure my team finishes on top – whether it was India, Punjab, Mumbai Indians, CSK [Chennai Super Kings], KKR or the county teams of Surrey and Essex.”

“If you ask me about my cricket career, my first real happiness was the hat-trick I took in Kolkata, becoming the first Indian bowler to do so in a Test match. I also got 32 wickets in the three Tests in that series, which is still a record,” he said. “Following this, the T20 World Cup win 2007 and the [ODI] World Cup win in 2011 were most important for me. Those were moments that I can neither forget nor express in words as to how big that happiness was for me.”

As for the future, Harbhajan said that he has “no idea” what he would do, but indicated that it would be connected to the game.

“Cricket was, is and will always be an important part of my life. I have served Indian cricket for years, and will continue to strive to serve them in the future,” he said. “I have no idea about the future, but whatever I am today is because of cricket. I will be immensely happy if I can be of help to Indian cricket in any role in the future.

“Now I begin a new chapter in my life, which starts with its own challenges. Believe me, your Turbanator is ready for the examination! Just keep showering your love on me.”