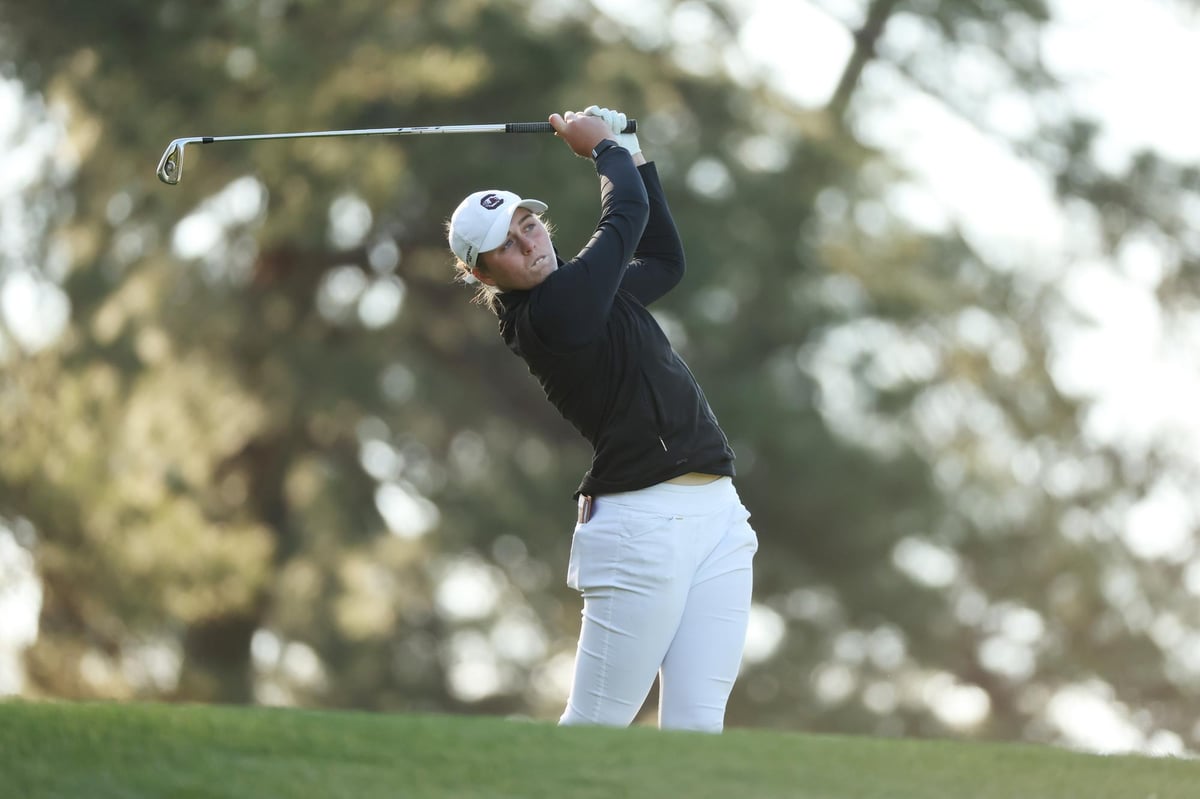 The Scot, 18, is bidding to become the first player to win the R&A Girls’ Under-16, Girls’ Amateur and Women’s Amateur titles and booked her spot in the last eight after defeating Celina Sattelkau 3&1.

Darling, who recently represented Great Britain and Ireland in the Curtis Cup at Merion, had earlier beaten another German, Viktoria Maria Hund, in the last-32 by 4&3.

Darling won last year’s R&A Girls’ Amateur at Fulford, the same venue for her U-16 success in 2018. She now meets Alessandra Fanali from Italy in the quarter-finals, who was a 2&1 winner over Isabella Fierro.

“It’s always nice when you advance and you get a step closer,” said Darling. “But there’s a lot of work left to do and I’m excited with what’s to come. I played really steady this morning and made a few more mistakes this afternoon but I’m thoroughly comfortable out on the course and I’m enough with how I’m playing.”

With ten different nationalities represented in the last-16, the international appeal of the Championship was again reflected. After defeating Curtis Cup player Annabell Fuller 3&2 in the last-32, Australian Kelsey Bennett continued to enjoy the warm conditions to reach the quarter-finals.

On her first ever visit to the UK, accompanied by her nan, Patsy, 80, for moral support, Bennett carded three birdies on her way to a 5&4 success against Maylis Lamoure from France.

Bennett now faces Louise Rydqvist after she notably defeated her fellow Swede, Ingrid Lindblad, who sits second on the World Amateur Golf Ranking® (WAGR®). Rydqvist made four birdies en route to going four up at the turn and she withstood Lindblad’s comeback to win by two holes.

Rydvist was forced to go to an extra hole in the last-32 before edging out Norwegian Emilie Overas.

England’s Rebecca Earl, 22, also went to sudden death to defeat Italy’s Letizia Bagnoli and then saw off Gala Dumez from France 4&3 as the Bishop’s Stortford player continued to enjoy a memorable week.

Earl now meets Spain’s Carla Bernat, after she ended the hopes of Ffion Tynan who was bidding to became the first Welsh player to win the Women’s Amateur. In their last-16 tie, both players eagled the par-5 11th as Bernat built up a three-up lead but had to hold on for victory on the 18th.

In the bottom half of the draw, Emilie Alba Paltrinieri overcame Viarana Heck from France by one hole and the runner-up in stroke playing qualifying then ended the hopes of local player Amelia Williamson 2&1.

The 20-year-old Italian won the R&A Girls’ Amateur title in 2016 at Royal St David’s and lost in the semi-finals of the Women’s Amateur in 2020 as she prepares to face England’s Jessica Baker tomorrow.

Newcastle native Baker, 19, a quarter-finalist last year, booked her spot in this year’s last eight after beating Charlotte Back from Germany 3&2 and Ireland’s Beth Coulter 2&1 in the earlier round.

Fanali joined her team-mate Paltrinieri in the quarter-finals after a 2&1 win against Isabella Fierro from Mexico, having ousted Elsa Svensson from Sweden 3&2 in the morning.