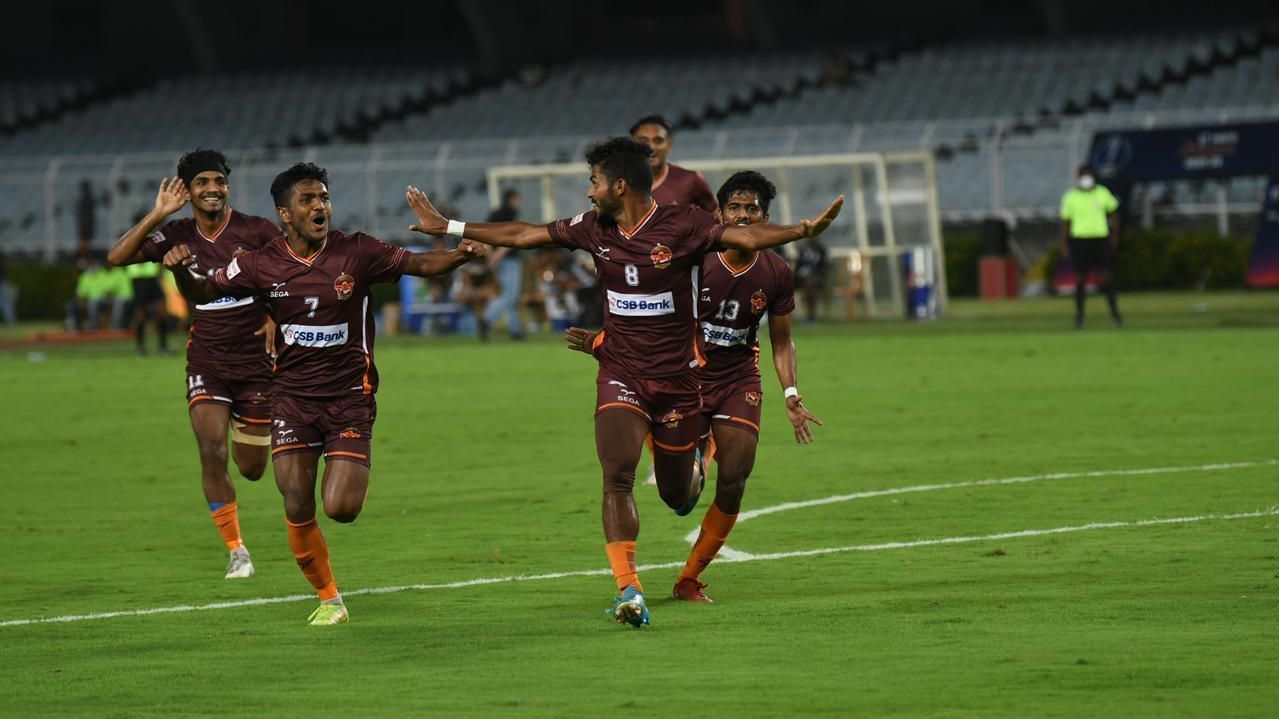 Gokulam Kerala have become the first side in the history of the I-League to defend their title after goals from Rishad P and Emil Benny handed them a 2-1 win over Mohammedan Sporting on the final day of the season.

Gokulam had gone into the game with a three point lead over Mohammedan, and hence needed just the draw to win the title. Both teams went for it from the off, but the first half remained goalless. Rishad, who had been captain of theGokulam reserve side that won the Kerala Premier League last season, lashed in a sensational strike from distance in the 49th minute.

Marcus Joseph, the league’s golden boot winner, then hit a freekick which deflected off Azharuddin Mallick for Mohammedan to score their equaliser in the 57th minute. With Mohammedan needing a win to win the title, they poured forward in attack, which left gaps at the back for Gokulam to counter. On one such counter, Luka Majcen released Emil Benny (another player promoted from the reserves, last season) who smashed home from the edge of the box in the 61st minute.

The last half-hour was scrappy and tense, but Gokulam held off an inspired Mohammedan, roared on by 40,000 in the Salt Lake stadium.

The Vincenzo Alberto Annese-coached side had gone 22 games unbeaten going back to their last campaign – an all-time record in the I-League – before losing to debutants Sreenidi Deccan in the penultimate match.

Despite Gokulam’s dominance, though, it was Mohammedan Sporting who started the season the better, leading the table until Gameweek 10. However, a bad spell of form in the championship stage has seen them lose steam, winning only four of their last eight games, drawing thrice and losing once. In contrast, Gokulam Kerala won nine of their last eleven, only dropping points against Churchill Brothers and Sreenidi. Gokulam have led the way in all aspects of the game, boasting the best defence (15 goals conceded) and the best attack (44 goals scored) this season.

Gokulam’s historic campaign doesn’t come to an end after the successful I-League season, as they compete in the group stages of the AFC Cup in Group D. The face Indian Super League side ATK Mohun Bagan on May 18th, before taking on Maldivian champions Maziya Sports and Recreation Club on May 21st with their last group fixture coming against Bangladeshi champions Bashundara Kings.