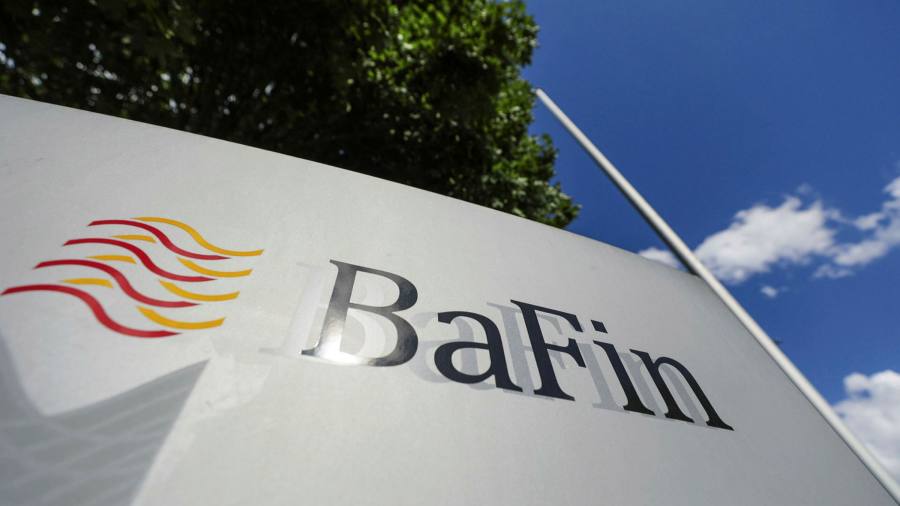 We’ll send you a myFT Daily Digest email rounding up the latest BaFin news every morning.

Germany’s financial regulator has filed a criminal complaint against senior staff at Northern Data, accusing it of potential market manipulation.

BaFin’s move on Friday came a day after the Frankfurt-listed IT company, which operates racks of high-powered servers and provides services to Bitcoin miners, published financial results for 2020.

The unaudited numbers, which came after months of delays, were far worse than the company’s previous guidance. Northern Data reported an operating loss of €12.3m, against previous expectations of operating profit of €45m-€60m. Revenues came in at €16.4m, against guidance of €120m -€140m.

BaFin told the FT that the watchdog had flagged potential market manipulation “in the context of Northern Data” to criminal authorities but declined to comment further. Frankfurt criminal prosecutors, to whom the complaint was filed, did not respond to requests for comment.

A lawyer for Northern Data told the FT on Sunday its client was looking into the matter.

Northern Data’s shares dropped 43 per cent immediately after the news of the criminal complaint, first reported by Wirtschaftswoche, but recovered half their losses in late trading to close 21 per cent down on Friday.

At its peak in February 2021, Northern Data was valued at €1.7bn on the Frankfurt stock exchange. Since then, it has lost 60 per cent of its market capitalisation.

The company was accused last year of misleading investors in an anonymous article on Medium.com that said Northern Data was overstating its prowess in “high performance computing” and understating its reliance on bitcoin miners. The article argued that Northern Data’s hosting services seemed so strangely profitable that the company was either “cooking the books” or it had “found the dumbest customers in the crypto industry”.

Northern Data at the time denied any wrongdoing. The Medium.com post has since been taken offline as it is “is under investigation or was found in violation of the Medium Rules”, the website says.

In a presentation published on Thursday, Northern Data said the huge gap between guidance and reported numbers was caused by the fact it was “unable to realise the revenues with our two major customers” as those dealings “haven‘t led to the essential revenue recognition in FY 2020”.

Because Northern Data remained in the process of acquiring the erstwhile clients, it said, its dealings with them were “not expected to lead to the recognition of revenue in the financial year 2021”.

This article has been amended to reflect that Northern Data’s revenue guidance for 2020 was €120m -€140m.