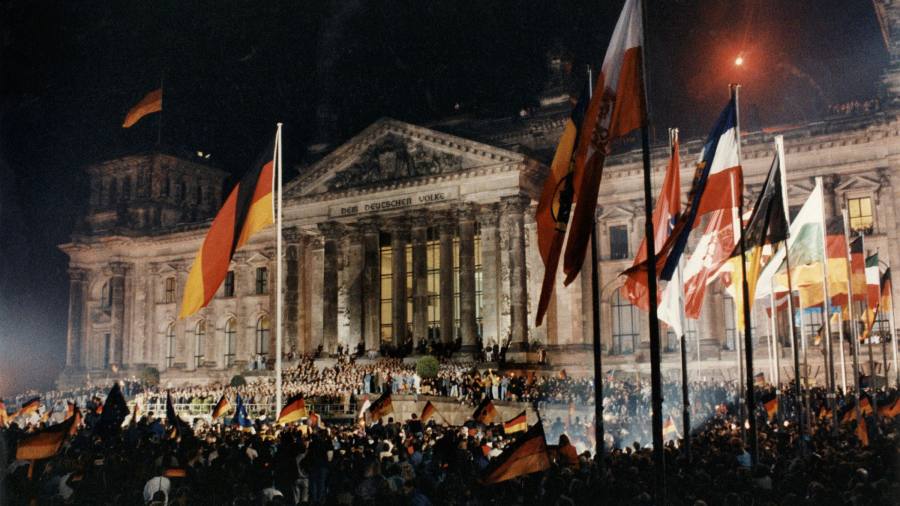 German inflation hit 4.1 per cent in September, its highest level for 29 years, prompting some economists to question whether central bankers are right to assume the surge in prices is only temporary and will disappear next year.

The last time inflation in Germany was as high, Helmut Kohl was still chancellor, the Deutschemark was still in use and the country had only reunified a couple of years earlier, sending prices up sharply in the east.

“The worst is yet to come,” said Jörg Krämer, chief economist at Commerzbank, adding that even if price growth does slow somewhat next year, “in the long term, we expect an inflation problem for Germany and the euro area”.

The rise in German inflation, which was up from 3.4 per cent in August, mirrors a similar rise in Spanish inflation to a 13-year-high of 4 per cent in September. French inflation data, which was also reported on Thursday, rose less than expected but still hit a decade-high of 2.7 per cent.

With European energy prices rising sharply and supply chain bottlenecks sending shipping costs soaring and leaving manufacturers short of everything from steel to semiconductors, economists expect overall eurozone inflation to hit 3.3 per cent — its highest level since 2008 — when those figures are released on Friday.

German inflation was driven by an acceleration in annual energy price growth to 14.3 per cent, while goods prices rose 6.1 per cent, food prices were 4.9 per cent higher and services prices were up 2.5 per cent.

The German central bank has said inflation could approach 5 per cent this year before dropping back next year when one-off factors such as the reversal of last year’s value added tax cut drop out of the data. But the Bundesbank has also warned of “upside risks” to inflation.

Carsten Brzeski, head of macro research at ING, said he “wouldn’t be surprised” if the European Central Bank decided to reduce its asset purchases in 2022 “to a larger extent” than expected because of the stronger than anticipated surge in inflation. He predicted German inflation would remain above the ECB’s 2 per cent target next year.

The ECB forecast this month that eurozone inflation would drop from 2.2 per cent this year to 1.7 per cent next year. It is due to update its forecasts and announce plans for phasing out emergency bond purchases in December.

Supply bottlenecks are lasting longer and driving prices up more than economists and central bankers initially expected. “In the past, producers absorbed higher costs by profit margin squeezing,” said Brzeski. “This time around, they seem to be willing to pass on higher costs to consumers.”

Higher energy costs have contributed to a 16.5 per cent rise in German import prices compared with the previous year, the strongest increase since 1981. Christoph Swonke, economist at DZ Bank, said: “Significantly lower inflation rates can only be expected once the prices of important energy sources calm down.”