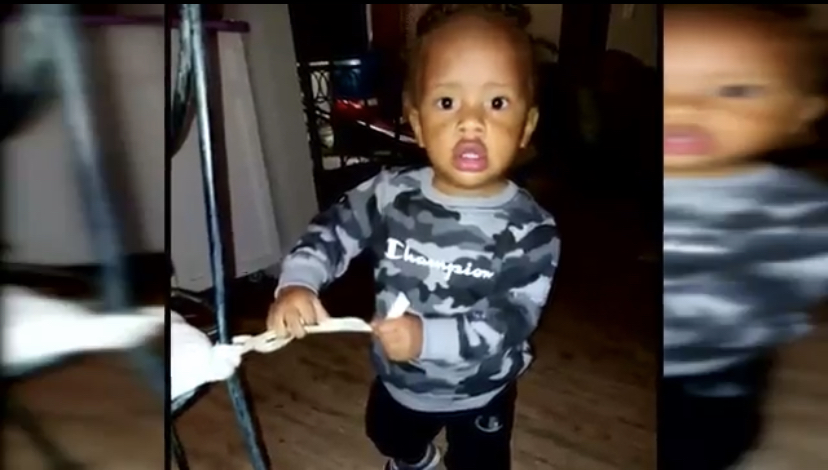 A 1-year-old boy was reunited with his mother on Thursday after being abducted in an alleged carjacking outside the family’s Georgia apartment over 36 hours earlier.

Mother Deonna Bray said she was overcome with emotion after her son Blaise Bennett, 1, was found safe in a different car less than a mile away from where the reported theft occurred early Wednesday morning, ABC 7 reported.

“I instantly started crying, a rush of just happiness. I was speechless,” Bray said.

In a police report, Blaise’s parents said the theft occurred while they were taking in bags of groceries from their vehicle around 1 a.m. on Wednesday, per the Atlanta Journal Constitution.

Father Xavier Barnett told police he was returning to carry Blaise inside after first bringing in his 3-year-old nephew, only to find the gray Ford Explorer containing his son was no longer there.

Per the report, Barnett had been gone for roughly 30 seconds and although the car was not running, the keys had been left in the cupholder.

“I couldn’t sleep,” Bray told reporters at a vigil held at Christ Community AME Church in Clarkson, per AJC. “It’s hard not having him. It’s the longest time we’ve been without him, without knowing where he’s at.”

Clarkson police said a woman reported seeing the toddler in her car parked in her driveway but said she was unsure how the child got there, per Channel 2 Action News as reported by AJC.

The woman reportedly brought the child inside and alerted authorities, who returned Blaise to his family shortly after, according to AJC. The child was later evaluated by medical professionals and deemed healthy.

“Everybody was just screaming, and I was like, ‘Oh my god, OK,’ and I started crying … I just knew now my baby’s safe,” Bray said after receiving the call that her son was found, ABC 7 reported.

An Amber Alert, or a Levi’s Call as they are known in Georgia, was sent out for Blaise as police spent 10 hours on Wednesday searching the area to no avail, according to AJC.

During the search, per ABC 7, police were first led to Bray’s stolen vehicle — without Blaise or his car seat inside — roughly one and a half miles from his home.

James Dent, the community member who located the vehicle, told local ABC station WSB he saw a man flee the SUV as he approached.

As alerts continued into Thursday, the search became national with help from the FBI and GBI, according to AJC. An investigation into the alleged carjacking and abduction remains active.