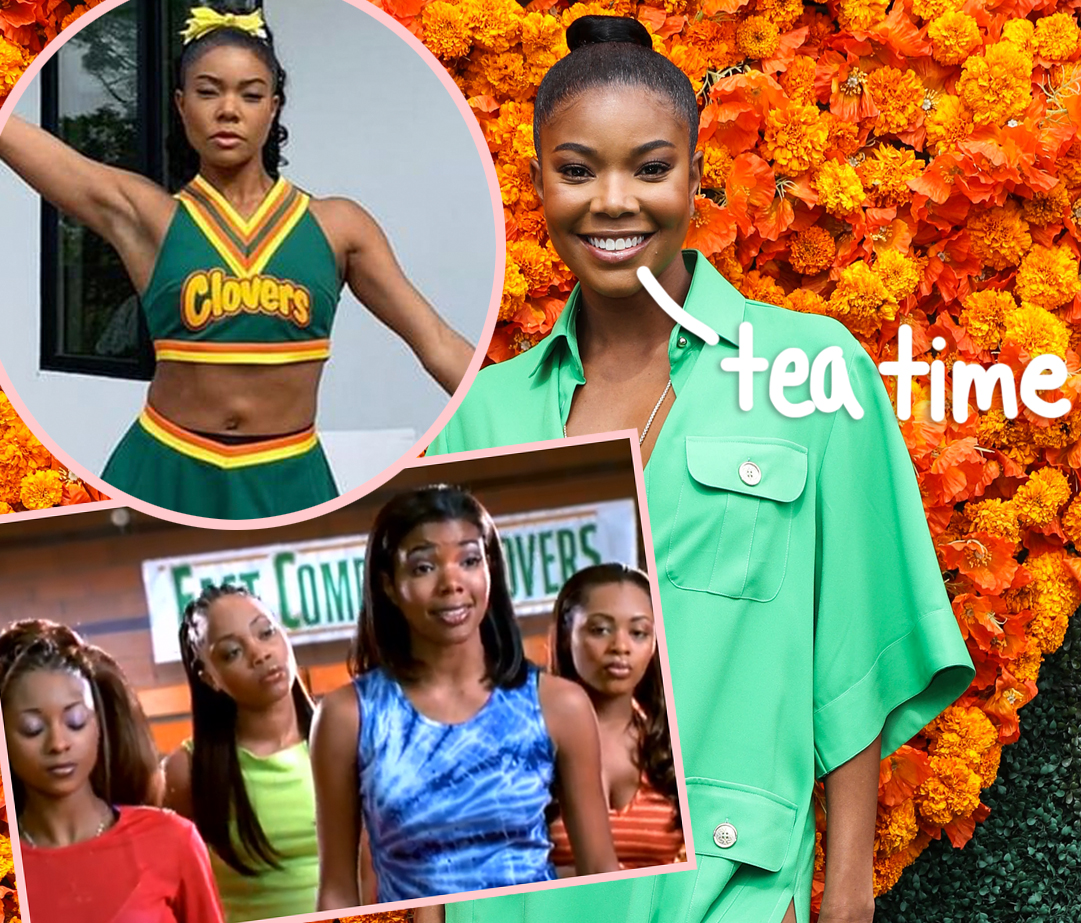 Gabrielle Union spilled some piping hot tea about Bring It On!

Although the teen comedy primarily focused on the Rancho Carne High School Toros, it turns out their East Compton High School Clovers rivals could have been in the movie more — if it weren’t for this weird deliberate scheme from production. On Saturday, the 49-year-old actress revealed there were extra scenes of her character Isis and the other Clovers cheerleaders that were only filmed for the trailer to trick audiences into thinking she and her co-stars were actually in the film more. Seriously?!

The momma posted to her TikTok snippets of the original trailer, featuring only the extra scenes with the Clovers that never ended up in the movie. She said in the video:

Related: Gabrielle Union Says Learning Dwayne Wade Had A Baby With Another Woman ‘Shattered’ Her Soul

Wow! Ch-ch-check out the confession (below):

TBH, this is pretty messed up move from the production. And FYI, we still want more of the Clovers! You can also ch-ch-check out the trailer (below):

While Union has largely praised the film, she has admitted in the past that the original script wrote her character “like a bad stereotype.” She told Vogue back in 2020:

“There was a line in the original script that was like, ‘Meow! Me-gonna-ow you! My nails are long, sharp, and ready to slash!’…Huh? And that girl ends up at U.C. Berkeley? How did girls from Compton talk in their minds? How about we make her a very clear leader where her path to cheer justice is done with more class and dignity but also justifiable anger. She doesn’t need to speak in made-up, Blaxploitation dialogue.”

The LA’s Finest alum also confessed that she regrets how she portrayed Isis, saying she “muzzled” her in an interview with Good Morning America in September:

“I do think it was a mistake. I was given full range to do whatever I wanted with Isis in Bring It On, and I chose respectability and to be classy and take the high road because I felt like that would make her be appropriate, the right kind of Black girl. Black girls aren’t allowed to be angry. Certainly not demonstratively angry and I muzzled her. I would have allowed her her full humanity, and part of being a full human is the ability to express rage when harmed.”

“When you don’t really allow yourself your full range of emotion and you muzzle your own emotions, it allows people to think, ‘Maybe what I did wasn’t that bad.’ I would have given her all the anger. I had muzzled her and made her this gracious, decent leader and I was still a villain in that movie. I did all that shape-shifting for a character, and then I realized I was doing that to myself too. I wasn’t allowing myself the full range of my humanity.”

Reactions, Perezcious readers? Sound OFF in the comments (below)!