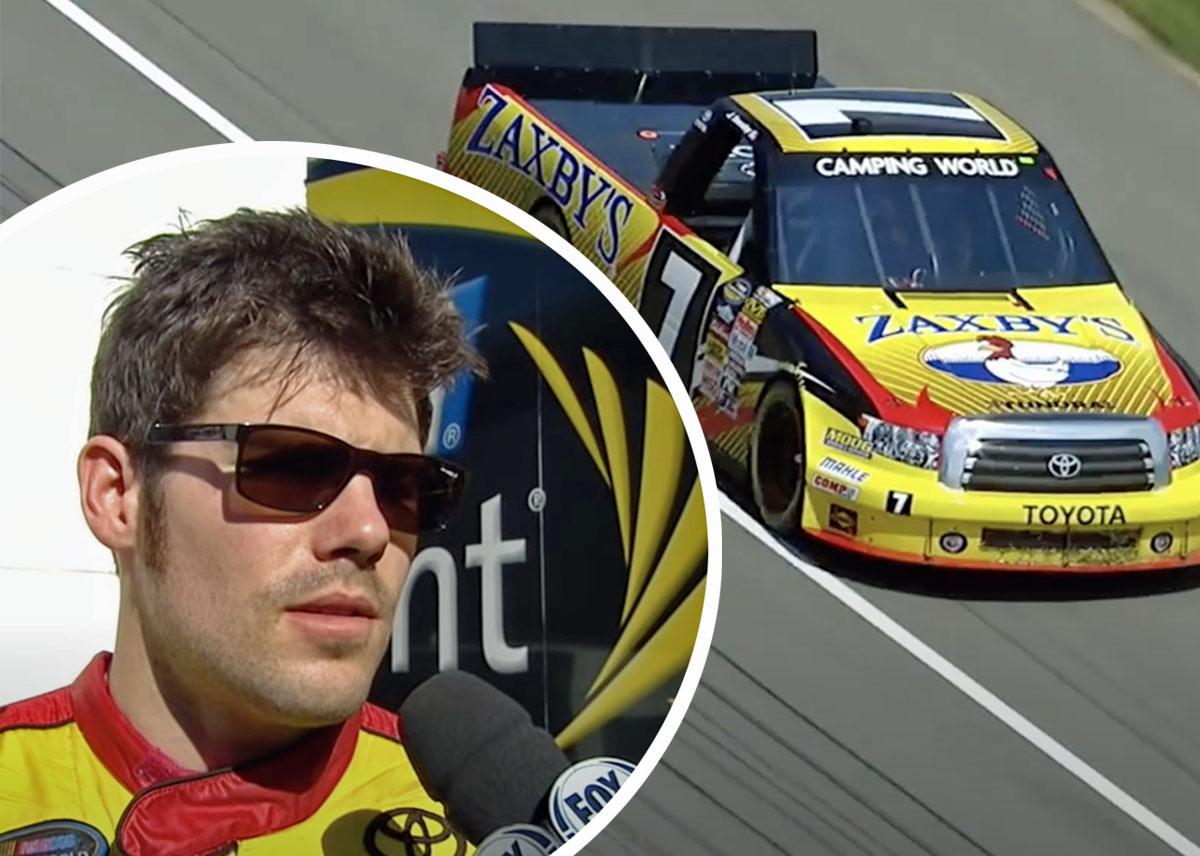 Former NASCAR driver John Wes Townley was killed in a fatal “double shooting” in Georgia on Saturday. The Athens-Clarke County coroner confirmed the unfortunate news to the Athens Banner-Herald over the weekend. John was just 31 years old.

According to Lt. Shaun Barnett, a spokesperson for the Athens-Clarke County Police Department, authorities responded to an incident around 9 p.m., but by the time they arrived, Townley and a 30-year-old female had already been shot. They were quickly taken to a local hospital, but the pro’s injuries were too severe and he passed away. The female victim is still in the hospital with “serious” injuries.

Related: Dog The Bounty Hunter Wades Through Swamp As He Continues To Search For Brian Laundrie

Barnett told the outlet that cops have been in contact with the suspect — a 32-year-old male from Dunwoody who was “known to the victim” — but they have not made any charges yet. An investigation is ongoing, but they did reveal the shooting “appears related to domestic violence.”

For those unfamiliar, Townley was the son of Tony Townley, co-founder of the Athens-based chicken chain Zaxby’s. The 31-year-old retired from racing in 2017 after competing professionally for nearly a decade, appearing in around 76 races beginning in 2008. Since he was 19 years old, he has raced in multiple NASCAR national touring series, winning the Camping World Truck Series race in Las Vegas in 2015.

While he has been retired for a few years now, his career clearly left a mark on the sports community. Many NASCAR fans and professionals have taken to social media in the wake of this news to mourn his unexpected death, including Bubba Wallace, who tweeted:

“Absolutely devastating news about John Wes Townley. Praying for his family and friends.”

Fox Sports host Kaitlyn Vincie expressed how “heartbroken” she is for Townley’s family, as dozens of other fans took to Twitter to say goodbye to the race car driver.

So sad to see a life lost so young and in such a terrible way. May JWT rest in peace.

The Townley family has yet to comment on this tragic news. It also remains unclear what John’s relationship with the female was and who the domestic violence issues were between.

We’re sending love to John’s family as they mourn this loss. And of course, we hope the female still fighting for her life recovers from these injuries as soon as possible.