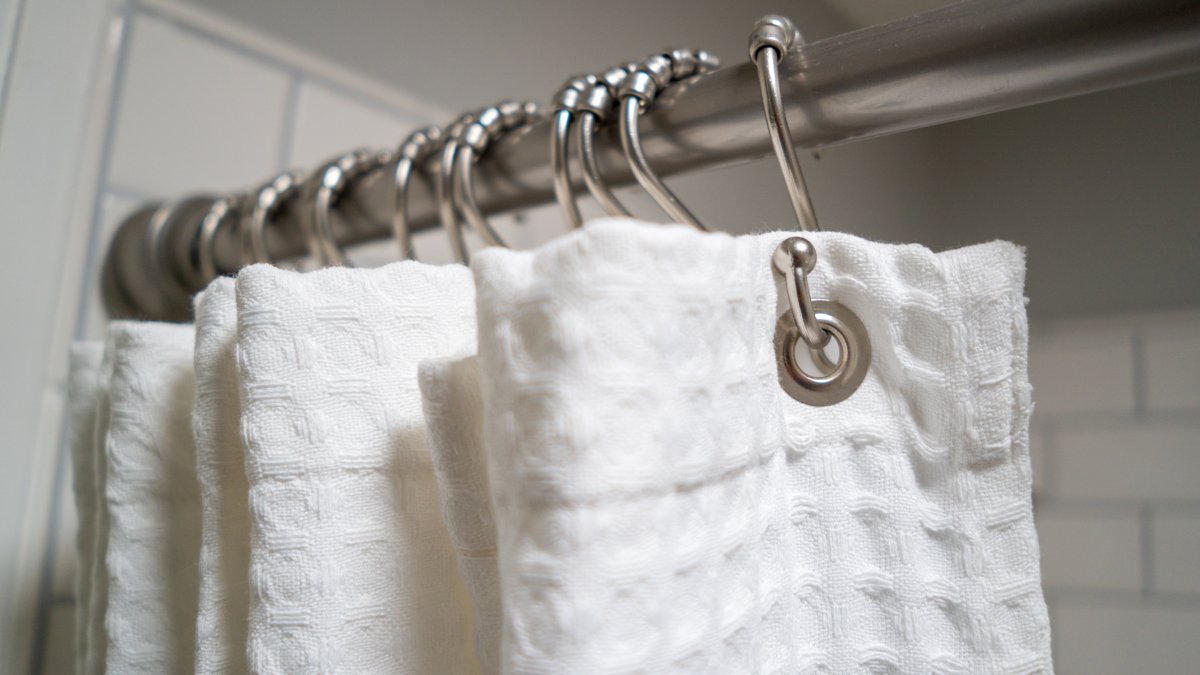 Ever dealt with a gross, moldy shower curtain? While one solution for fixing the situation is to just throw it out and get a brand new one, a few simple changes (that don’t cost any money!) could keep it clean for a lot longer — and make it easier to wash. In fact, there’s one tip in particular you might not have thought of that could make a big difference.

How does mold and mildew even grow on a shower curtain? It has to do with the amount of moisture in the air and the lack of ventilation in what’s traditionally such a small space. After you wash yourself off, those tiny water droplets get trapped throughout the room, and if there’s no way to routinely air them out, they cling to surfaces, eventually forming a moldy barrier.

Thankfully, there’s an easy fix. This tip comes straight from someone who knows a thing or two on the subject: Mold remediation expert Michael Rubino. The next time you wash up in the bath or shower and dry off, he says to make sure you hang up your bath mat to dry too. That’ll keep moisture-trapping particles on the floor from reaching your curtain and liner. “Simply prop your bath mat over the shower rod or a towel rack to allow it to fully dry between uses and you will have a lot less trouble with mold growing around your shower area,” he told mindbodygreen.

On top of hanging your bath mat up to dry after every use, Rubino says there are a few other steps you can take to avoid a moldy shower curtain. Make sure that you leave your bathroom door open when your exhaust fan is on so that it can circulate fresh air through the space. In your shower, be sure to separate your shower liner and curtain so that the liner is on the inside of the tub and the curtain’s on the outside. Lastly, even with all of these tips, it’s still a great idea to give your curtain and liner a wash roughly once a month so that both stay fresh. Just throw them in the washing machine with a half-cup of baking soda to break down mold and a towel to soak up any grime. You can also use a stain remover spray and a soft-bristled brush to periodically scrub the curtain and liner every few weeks.

By making these straightforward changes, you’ll keep your bathroom clean without too much extra effort!