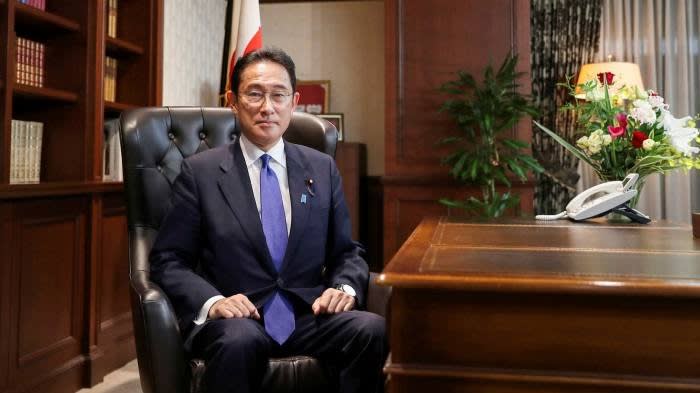 Fumio Kishida will be the next prime minister of Japan after winning a leadership battle in which the ruling Liberal Democratic party staked its future on stability instead of gambling on a new generation of leaders.

The victory in a tightly contested race yesterday marks a stunning comeback for the 64-year-old former foreign minister, who was defeated by Yoshihide Suga in last year’s LDP leadership tussle.

His win is a blow for the younger rank-and-file party members, who had hoped that the leadership contest would herald a generational change. Kishida is expected to bring policy continuity and predictability — meaning a close alliance with the US, a steady increase in defence spending to counter China, and aggressive monetary and fiscal stimulus in the near term.

The vote on Wednesday dragged into a second round after none of the four contenders managed to clinch a majority at the first time of asking.

1. Democrats seek to avoid shutdown amid debt ceiling scramble the US Senate was poised to vote on a measure to avoid a government shutdown while Democrats scrambled to find a way to raise the US debt ceiling and avert what a chorus of executives and policymakers warn would be a “catastrophic” default in less than three weeks.

2. Evergrande sells bank stake The heavily indebted Chinese property developer has raised Rmb10bn ($1.5bn) by selling part of its stake in a bank to a state-owned investment group. The sale comes as Evergrande is engulfed in a deepening liquidity crisis after it missed an $83.5m interest payment on a dollar-denominated bond last week.

3. Stocks struggle to recover losses after inflation jitters Stocks on Wall Street struggled to claw back their losses yesterday after fears about prolonged inflation and rising interest rates prompted the worst day for US equity markets since May during the previous session.

5. Japan seeks sentence for ex-Nissan legal head Prosecutors called on the Tokyo District Court to hand a two-year prison sentence to Nissan’s former legal affairs head for the part he allegedly played in a “conspiracy” to conceal the true pay of its former chair, Carlos Ghosn.

Japan industrial production figures Data released today from the Ministry of Economy, Trade and Industry is expected to show that industrial output fell 0.5 per cent in August from the previous month, according to a Reuters poll of economists. (Reuters)

UK coronavirus policy changes The UK’s coronavirus job retention scheme will end today — the same day that the most recent unemployment figures are published. Additionally, people attending nightclubs and other venues where large crowds gather in England will also need to be fully vaccinated from today.

Join us for an FT-Nikkei discussion on October 6 with business leaders and experts on how Asia’s health systems can best recover from the pandemic.

The necessary reinvention of Huawei With sanctions derailing its traditional operations, the telecoms group is rushing to boost areas such as cloud services. At stake is not just the fate of one of China’s most prominent and successful companies, but the broader technological competition between Beijing and Washington.

How Tajikistan became hub for Afghanistan’s resistance Afghanistan’s neighbours in central Asia fear the Taliban takeover could unleash radicalism and spur drug trafficking in the region, as well as increase refugee flows. But for Tajikistan in particular, support of the ethnic Tajiks who make up the Afghan resistance and have long faced discrimination, is non-negotiable.

Thanks to readers who voted in our poll yesterday. Sixty-three per cent said that the US should have maintained some level of troop presence in Afghanistan.

Streaming piracy bolsters case for in-theatres ‘window’ As Hollywood studios’ experiment with releasing new films on streaming services at the same time as their cinematic debuts, a knock-on effect of the strategy has been the near-instant availability of pristine pirated copies of films such as Disney’s Black Widow and Warner Bros’ Godzilla vs Kong.

How to make single finances work in a world built for couples Nearly one in four of us live on our own, but dealing with the financial and emotional strain of handling everything by yourself can be difficult. In this week’s episode of the Money Clinic podcast Claer Barrett, consumer editor, is joined by two experts who champion the single life.

Would you eat a guinea pig? As globalisation and tourism expand western palates, that deceptively simple question has become a classic example in cultural anthropology classes of the subjective nature of our attitudes to food, writes Gillian Tett.

Nineteen months is a long time for a Martini to sit unserved, writes critic Danny Leigh in his review of the new James Bond film No Time to Die. The worry would be a film that now tastes lukewarm and dusty. Not a bit of it, it turns out, at least in part through a masterstroke of accidental chutzpah — the plot hinged on the escape of a terrible contagion, a world-ending biohazard. Not even Covid is so big it cannot be scaled up by Bond.