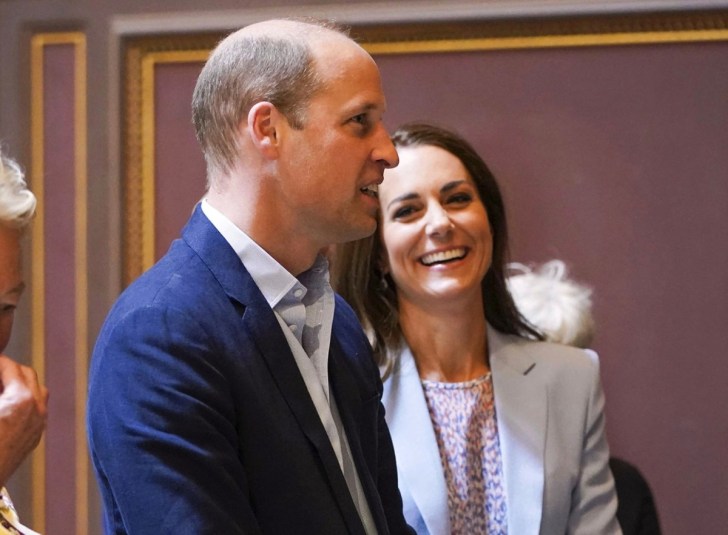 The couple took a trip to their namesake region of Cambridgeshire to see the artwork as it was revealed for the first time to the public. The piece of art was commissioned by the Cambridgeshire Royal Portrait Fund in 2021 and painted by Jamie Coreth. The painting depicts Kate, 40, in a metallic dress by The Vampire’s Wife, which she wore in March during a visit to Dublin. William, 40, joins his wife in the artwork wearing a suit with a blue tie.

“It has been the most extraordinary privilege of my life to be chosen to paint this picture. I wanted to show Their Royal Highnesses in a manner where they appeared both relaxed and approachable, as well as elegant and dignified,” the artist explained, according to BBC.

Coreth added: “As it is the first portrait to depict them together, and specifically during their time as The Duke and Duchess of Cambridge, I wanted the image to evoke a feeling of balance between their public and private lives. The piece was commissioned as a gift for the people of Cambridgeshire, and I hope they will enjoy it as much as I have enjoyed creating it.”

The Duke and Duchess of Cambridge, who share Prince George, 8, Princess Charlotte, 7, and Prince Louis, 4, previously offered a glimpse at a special photo shoot of them in honor of their 10-year wedding anniversary. The couple, who tied the knot in 2011, commemorated their marriage with tribute photos from their home.

Floyd recalled the strong connection that Kate and William shared as they celebrated their love for one another. “I just said, ‘Look, this is your 10th anniversary, just be the couple that you are with each other and forget that I’m here. And just forget about me,’” he explained of the April 2021 shoot. “They don’t need me to tell them how to be with each other.”

According to the professional photographer, capturing the duo in their home added to the experience. “It was their home and I was made to feel welcome in their home. … I have to say like by the time I left that day I felt like I’d known them for years. It was just a real whirlwind of a day,” he shared with Us. “The day itself was kind of just like a normal shoot day. It was like going to anyone else’s … I mean it’s not like anyone else’s house, but it was the same as going to someone else’s house. It was just a slightly grander version of most houses.”

The portrait was commissioned as a gift to the Cambridgeshire region. Queen Elizabeth II previously bestowed William and Kate with the Duke and Duchess of Cambridge titles on their wedding day in April 2011.

This article originally appeared on our sister site, Us Weekly.