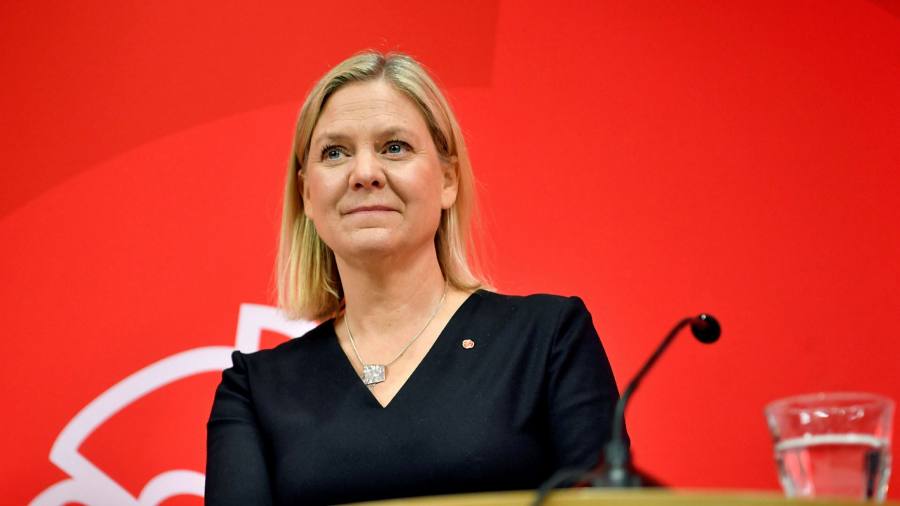 Sweden’s finance minister Magdalena Andersson has been nominated as the next leader of the Social Democrats, putting her on course to become the Nordic country’s first female prime minister.

Andersson will replace Prime Minister Stefan Lofven as party leader at a congress in November before facing a parliamentary vote to become head of the centre-left government.

She promised on Wednesday to leave “no stone unturned” in the fight against gang crime, an issue set to dominate next year’s elections amid a rise in violence with rival groups targeting each other with explosives and firearms. About 25 people were taken to hospital after a blast on Tuesday at a block of flats in Sweden’s second city Gothenburg.

All the other Nordic countries have had at least two female prime ministers but Sweden, which prides itself as a beacon of gender equality with a self-professed feminist foreign policy, has never had one.

Andersson is set to lead the Social Democrats into next year’s parliamentary elections in which the centre-right opposition is likely to hammer the Social Democrats’ record on crime and immigration after a massive increase in shootings, bombings and hand grenade attacks.

But she still faces obstacles to becoming prime minister. Her budget for next year, put forward in her role as finance minister, still has to gain parliamentary approval amid big divisions in the leftwing and centrist parties that currently back the government. Lofven has said he would resign if the budget fails after years of struggling with a divided parliament.

Andersson would then need to be approved by parliament where the rise of the populist Sweden Democrats and general political fragmentation have made votes difficult to predict.

One trump card Andersson has is that Sweden has to hold parliamentary elections next September. Should parliament refuse to back her, extra elections are likely within three to four months, meaning Swedes would vote twice in under 12 months, something most parties wish to avoid.

Sweden’s growing problem with gang crime is set to dominate the election debate.

Ulf Kristersson, leader of the main centre-right Moderate party, has called on Sweden to use anti-terror legislation against gangs and tougher punishments, saying the Social Democrats had not done enough.

Andersson, who said she was “honoured” by a nomination she “never dreamt of”, said gangs had taken entire areas “hostage” and that only a “full-scale mobilisation of society” would wrest back control.

She added: “We are plagued by gang crime that does not belong in our country. We do not have a clear picture of what happened in Gothenburg yesterday, but one thing is clear: detonating bombs and throwing hand grenades straight at where people live is not a question of single incidents, but an attack on our society.”