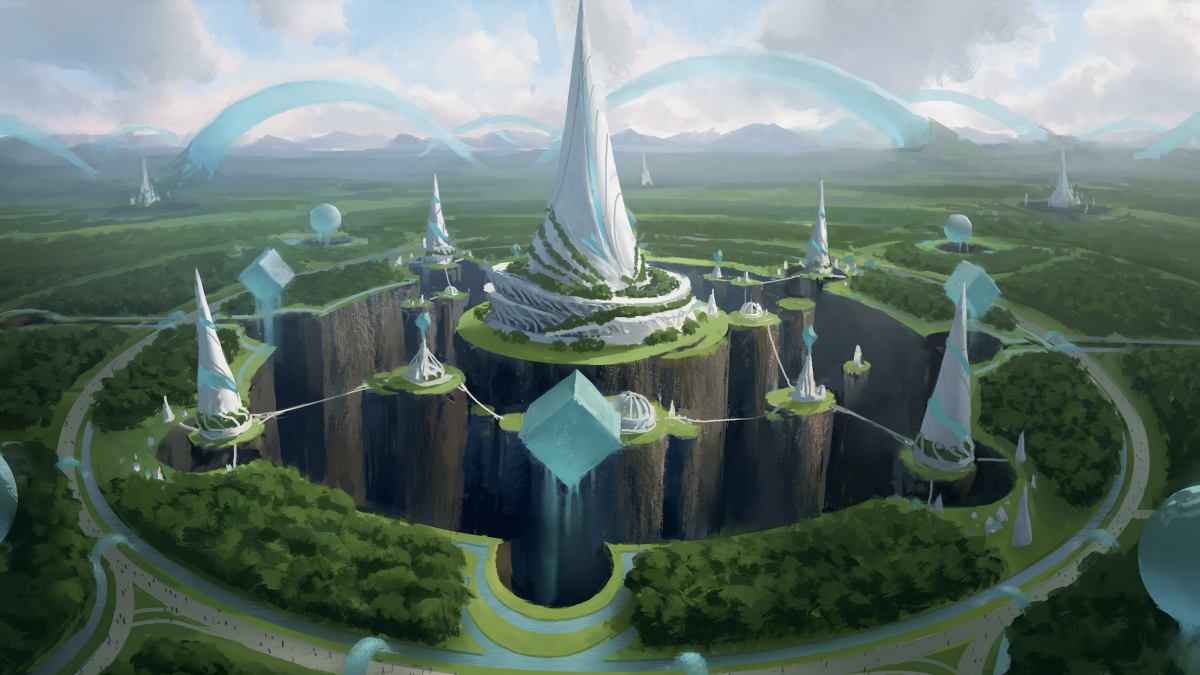 For many, college was an opportunity to dye your hair, conduct ill-advised pub crawls, date terrible people, and occasionally learn something. Now Wizards of the Coast is upgrading that experience and adding it to Dungeons and Dragons, adapting cross-dimensional magic school Strixhaven University from Magic: The Gathering. It sounds like a chaotic young adult book, but with spells.

Releasing on Dec. 7, upcoming Dungeons and Dragons sourcebook Strixhaven: A Curriculum of Chaos details the magic university’s campus, its teachers, and a new adventure that will pull players back into the clutches of academia. Fortunately, Strixhaven’s fantastical inclination makes it notably more entertaining than a regular, mundane school, allowing players to learn magic alongside maths.

Today, Mashable can exclusively reveal excerpts providing more detail on the staff and students of one of Strixhaven’s five colleges: Quandrix, the College of Numeromancy.

Each of Strixhaven University’s colleges focus on separate and distinct types of magic, whether that be the mathematical Quandrix College, the archeologically-inclined Lorehold College, or the artistic Prismari Collage. Speaking to Mashable via email, senior game designer Amanda Hamon shared that her preferred college is Silverquill, the College of Eloquence — though she’s sorely tempted by Witherbloom College (“I feel the siren call of being a bog witch”).

“Silverquill students use the power of language to fuel literal magic,” Hamon said. “As a writer with a deep appreciation of the art inherent in all forms of human expression and storytelling, joining that college is just too appealing to pass up.”

All the colleges have separate campuses and classes in Strixhaven, though Hamon noted that Dungeons and Dragons player groups which include members across different colleges aren’t just feasible, but encouraged — so hopefully nobody’s choosing a major just to stay closer to their boyfriend.

“The adventures are full of extra-academic events, whether they’re social gatherings or student competitions or interdisciplinary endeavors,” said Hamon. “The colleges are very intermingled socially, especially on Central Campus, where students from all colleges study at the Biblioplex, hang out at Bow’s End Tavern, grab a snack at Firejolt Cafe, take in a game at Strixhaven Stadium, or jump on the field with their buddies in a pickup game of any sort on Aerojaunt Field.”

However, the lighthearted fun eventually ends when Strixhaven comes under threat by an enemy with a centuries-old grudge.

“Beyond the expression of magic on campus, the atmosphere of the adventures is whimsical and shenanigan-filled — until, of course, the dire plot comes to a head,” said Hamon.

Of course, the global popularity of the Harry Potter series means any new magic school will immediately be compared to J.K. Rowling’s Hogwarts. Fortunately it’s an inevitability that Hamon was well aware of when designing Strixhaven, and made an active effort to address.

“When it comes down to it, Strixhaven’s gameplay has very little to do with the tone and thematic elements of Hogwarts, and that’s by design,” Hamon told Mashable via email. “In fact, I wanted to go in completely the opposite direction. The adventures include some very lighthearted elements and are awash in the type of barely controlled chaos that is rampant on university campuses — think more Pitch Perfect and 10 Things I Hate About You, but on a college campus.

“We leaned into those themes, and the adventures include events like a rowdy night of socializing and games at Bow’s End Tavern, an outdoor improv festival, an impromptu frog race, and a late-night dare from a group of friends — or rivals.”

To build Strixhaven’s “shenanigan-filled” atmosphere in Dungeons and Dragons, Hamon drew on her own college experiences, including her time as editor-in-chief of Eastern Michigan University’s student newspaper The Eastern Echo.

“There’s an extracurricular activity that characters can join called the Strixhaven Star, which is essentially the student newspaper (but distributed magically, of course!),” said Hamon, noting the alliterative name is reminiscent of both the Eastern Echo and her previous publication The Indianapolis Star. She also credited fellow writer T. Alexander Stangroom with creating Silverquill student journalist and non-player character Mina Lee, in whose aspirations she sees much of her younger self.

“[Mina] is fascinated with language and nuance, and works as an investigative journalist at the Strixhaven Star, where she hopes to ‘reveal truth, correct misconceptions, and combat injustice,'” said Hamon.

“In general, I love that this book encourages players to really let their inner young adult run rampant through roleplaying,” said Hamon. “I love that recognizable tropes and archetypal characters are present in these adventures in spades, but with a uniquely D&D twist.

“There’s a popular cheerleader, for instance, but he’s a fire genasi. There’s a bookish poet, but he’s a minotaur. There’s the lovable athlete, but she’s an iron-lifting dwarf. There’s a high-stakes student sports game at the end of sophomore year, but it’s Mage Tower, and it’s played with little magical mascot creatures.”

Hamon told Mashable she hopes Strixhaven: A Curriculum of Chaos‘ unique setting and diverse characters will not only invigorate older players, but also encourage new players who don’t think Dungeons and Dragons is for them to give it a try.

“I hope that this book provides an outlet for the types of stories — whether they’re coming-of-age tales or tales of young adult heroics — that some might have never thought had a home at the D&D table,” said Hamon. “I hope this book brings friends old and new together with fresh roleplaying experiences, and that it reinforces the fact that D&D and tabletop games, indeed, are for everyone, and that there’s no wrong way to have fun.”

Strixhaven: A Curriculum of Chaos holds orientation on Dec. 7.