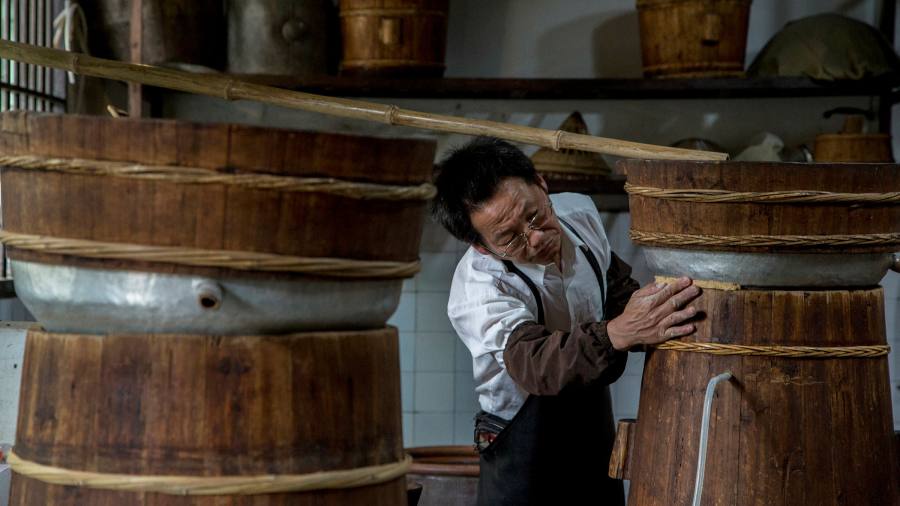 Last year officials in Shaoxing, a city in China’s eastern Zhejiang province, solved a pressing challenge: finding a developer to revive Rice Wine Town, a stalled tourism and property project named after one of the region’s most famous products.

Rice Wine Town was initially developed by Jinggong Group, a local private conglomerate that collapsed in 2019 under the weight of its debts. After banquets fuelled by shots of Shaoxing’s finest libation, according to two people familiar with the negotiations, executives at Chinese property group Sunac China Holdings agreed to buy four plots at the partially completed development for an average of Rmb7,000 ($1,082) per square metre.

But over recent weeks, the debt crisis at Evergrande, China’s second-largest developer by sales, and President Xi Jinping’s determination to cool red-hot property markets across the country have reverberated through Rice Wine Town and the wider property market.

Evergrande’s reckoning was triggered by “red lines” introduced last year that imposed strict borrowing limits on real estate companies. Its crisis has dented buyer confidence and affected sales for other developers, such as Sunac, which said their leverage was in line with government requirements.

According to data from local housing bureaux, the number of new homes sold in 30 of China’s largest cities fell one-third in September, compared with the same month last year.

In private, Sunac and local officials blame a turn in buyer sentiment after Evergrande’s crisis came to a head, as well as Xi’s effort to rein in property prices.

“President Xi makes real estate policy, not us,” said one local official, who asked not to be identified. “We all have to follow what the big boss says.”

But Shaoxing officials still advised Sunac’s local office to write to the municipal government and local state bank branches last month to request “policy assistance”, according to people familiar with the project.

The company and officials did not anticipate that this appeal for help would be leaked to fund managers and the media, triggering a 16 per cent fall in Sunac’s share price over two trading days and inviting speculation that it could be the next domino to fall after Evergrande.

Sunac’s letter said Rice Wine Town was encountering “significant difficulties” in registering land titles for intended purchases, meaning that the dwindling number of willing buyers could not get mortgages to complete transactions.

“We are the biggest developer in Shaoxing and have invested Rmb7.7bn in Rice Wine Town, but have recouped just Rmb200m in sales,” the developer wrote. It added that “because of policy tightening by [the central bank and banking regulator], we have Rmb11.7bn cash locked either in custody accounts or affected by restrictions on usage”.

Sunac’s intention “was to have the government speed up the registration process in order to improve its cash flow, which was undermined by plunging sales in the wake of the Evergrande crisis”, one of the people familiar with the negotiations said.

“Sunac was not asking the government for a bailout or tax breaks — just a normal business environment to operate in.”

Xiaoxi Zhang, a China policy analyst at Gavekal Dragonomics in Beijing, noted that “the tight financing environment is the deliberate creation of regulators” who do not want to lose credibility by reversing course but also need to be wary of triggering a larger market panic. That panic risked bringing down more developers and forcing their bank creditors to increase bad-loan provisions.

“The financial system’s reduction of exposure to property developers has so far been a primarily policy-driven process,” Zhang said in a research note on September 28. “A forced deleveraging of property developers could be extremely painful, and risks turning into a self-reinforcing vicious cycle that drags down construction activity and housing sales.”

Sunac’s shares rebounded after the developer issued a clarification on September 28. Sunac said the letter was a draft that had not been sent, and described its release as an “operational error”.

Its “projects across the country are normal and sales are good”, the developer added, citing a 33 per cent rise in January to August sales, compared with the same period last year.

Most developers, however, have yet to release sales figures for September — usually a bumper month with big holiday marketing campaigns over the annual mid-autumn festival. In a warning to investors on September 14, Evergrande said it expected a “significant continuing decline in sales” in September.

The outlook for Rice Wine Town also remains bleak, according to one person familiar with the development’s progress. “Like everywhere else, Rice Wine Town’s sales were very weak during the mid-autumn festival,” the person said.