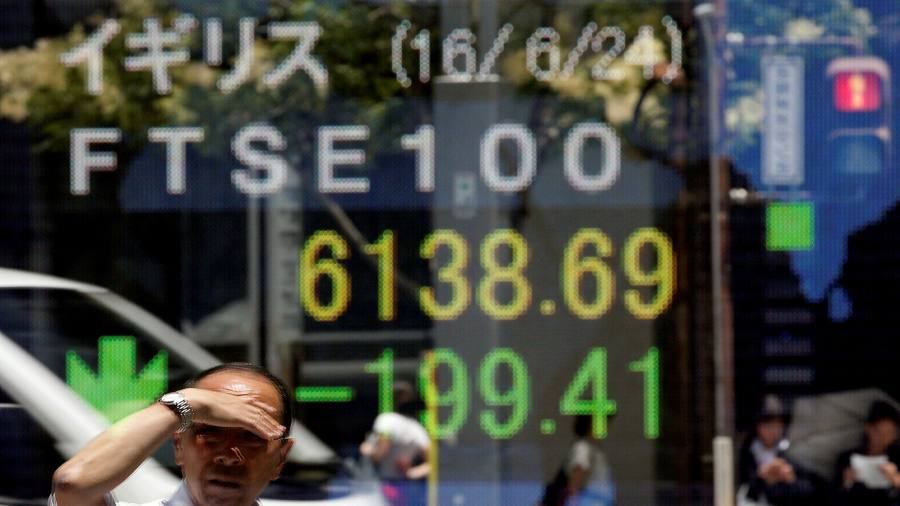 The Stoxx Europe 600 index opened 1.2 per cent lower, taking it 5 per cent below its all-time high reached in mid-August. The regional benchmark settled 0.6 per cent lower as renewable energy stocks rallied. London’s FTSE 100 fell 0.8 per cent.

In Asia, China’s CSI 300 fell 1.1 per cent, with utilities stocks falling the most amid an electricity shortage driven by a lack of adequate coal supplies. Tokyo’s Nikkei 225 lost 0.9 per cent as utilities shares fell along with highly-valued technology stocks that are vulnerable to prospects of US interest rates rising.

“Markets are clearly worried about inflation and the big concern is the rising oil price and what it will do to earnings, to growth,” said Marija Veitmane, senior strategist at State Street Global Markets. “We don’t think it will go away very quickly.”

“The current run-up in energy prices will be disproportionately negative for eurozone [economic] growth,” said Nick Andrews of research house Gavekal, noting that the bloc is a net importer of fuel.

The moves followed on from the US S&P 500 share index ending a volatile session lower on Monday, after West Texas Intermediate crude oil hit a fresh seven-year high of $82 a barrel before pulling back to $80.55 on Tuesday morning. Brent crude, the international oil benchmark, hovered around a three-year high at $83.85.

Futures markets indicated the S&P would lose 0.6 per cent in early New York dealings, as would the technology-heavy Nasdaq 100.

Data published on Wednesday are expected to show US consumer prices rose 5.3 per cent in September from the same time last year, marking the fourth consecutive month that headline inflation in the world’s largest economy has topped 5 per cent.

“We see a risk that September CPI . . . could be higher than expectations,” Standard Chartered strategists commented in a note to clients, while also warning that Friday’s US retail sales data could be weaker than “already soft” forecasts.

Investors are now likely to scrutinise businesses’ third-quarter earnings reports for signs that inflation is causing such a slowdown.

The Federal Reserve has already signalled that it is ready to reduce its $120bn a month of pandemic-response bond purchases. Half of its rate-setters have forecast an interest rate rise next year while markets are betting on the Bank of England raising borrowing costs before Christmas.

The yield on the 10-year US Treasury note, which moves inversely to the price of the debt and sets the tone for borrowing costs and equity valuations worldwide, rose 0.01 of a percentage point to 1.61 per cent, its highest since early June. Germany’s equivalent Bund yield was flat at minus 0.117 per cent, around its highest since May.

The dollar index, which measures the US currency against six others, was flat at 94.4 points, close to its strongest point for the year.