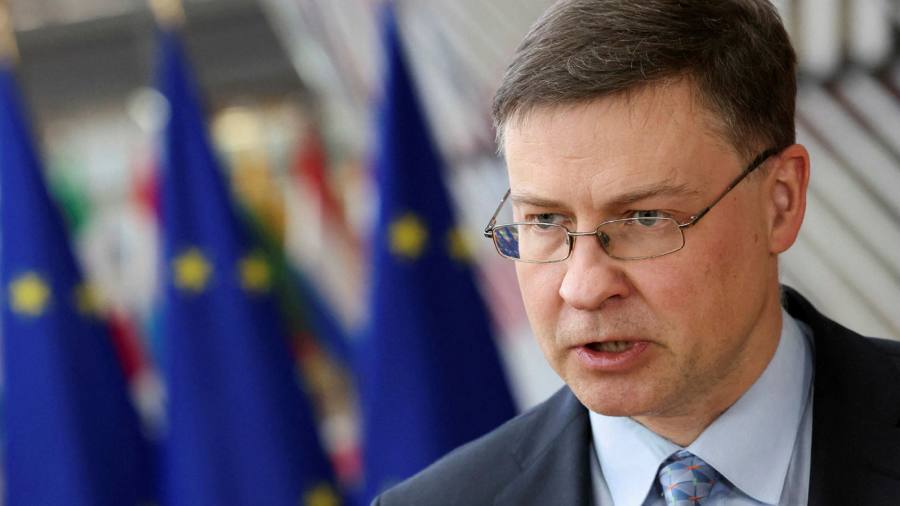 The EU will restart trade negotiations with India after a nearly 10-year pause as western countries try to woo New Delhi away from its historic ties with Russia.

Valdis Dombrovskis, European Commission executive vice-president, said on Friday that talks between the EU and India would start at the end of June for agreements on trade, investment protection and other specific regional products known as “geographic indications”.

“For the European Union, the partnership with India is one of the most important relationships for the upcoming decade,” Dombrovskis said, adding that the EU was targeting an “ambitious” timeline for the deal to be signed by the end of 2023.

The EU has been seeking further co-operation with India since Ukraine’s invasion by Russia, with which India has had historically close ties. During a trip to India in April, commission president Ursula von der Leyen announced a new trade and technology council and the renewal of trade talks.

In a joint press conference with Dombrovskis, India’s commerce minister Piyush Goyal said the talks heralded “less competition, more collaboration” and that they sent a strong signal in support of global trade.

The announcement followed a tense meeting of the World Trade Organization that concluded on Friday in Geneva. The summit introduced a partial waiver of Covid-19 vaccine patents, cuts to fishing subsidies and the continuation of a ban on taxing digital products such as software that India had pushed against.

Goyal called Dombrovskis his “partner in crime” during the WTO negotiations, which ran over by two days.

The two trade envoys said the deal would focus on technology and digital trade, with India set to benefit from Europe’s advances in artificial intelligence and the “internet of things”, as well as sustainable development and climate goals.

The EU is India’s third-largest trading partner and second-largest export destination. Annual trade between the two reached about €120bn in 2021.

India, by contrast, is the EU’s 10th-largest trading partner but Dombrovskis said this signalled the “untapped potential” for further co-operation. The bloc’s foreign investment into India was €87mn in 2020.

Formal negotiations for a trade deal between India and the EU were opened in 2007 but fell apart in 2013 because of disagreements over movement of workers and agricultural tariffs.

India has continued to buy arms and energy from Russia despite initial pressure from western countries on New Delhi to show more support for Ukraine. In recent weeks, India has made efforts to diversify its supply by making overtures to countries such as Israel and the US for more military supplies.

The European Parliament’s trade committee said in a draft report on Thursday that while trade talks between the EU and India were welcome, a deal “should happen only as long as European values and standards are respected”.

The lawmakers said they expected “swift solutions” on difficulties that European companies such as carmakers and pharmaceutical businesses have faced in gaining access to the Indian market and that India “should prohibit discriminatory ‘Buy National’ policies that discourage imports”.