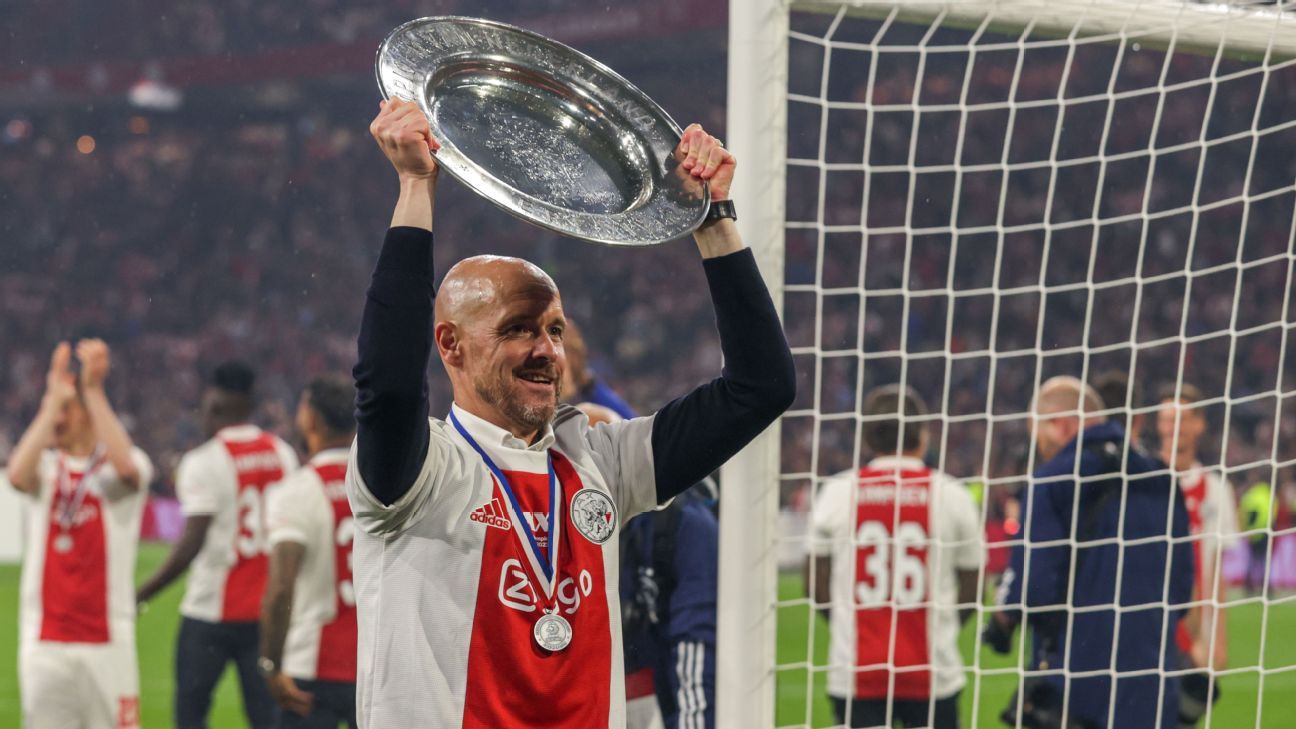 Erik ten Hag said he looks back at his four years managing Ajax with “great satisfaction” after winning a third successive Dutch league title and wants to take those winning ways to Manchester United next season.

Ajax were crowned champions again on Wednesday with one game to spare, setting off extensive overnight celebrations in the city after they beat Heerenveen 5-0.

“I have enjoyed this great journey, it was a beautiful era. I look back with great satisfaction,” Ten Hag said during the celebrations.

Ten Hag leaves for Old Trafford next season, where he wants to turn things around in the same way he turned around Ajax’s fortunes.

“Social media makes it very easy to express an opinion,” he said. “Ajax is an A-brand, the banner of Dutch football. Everyone has an opinion about the club. And those opinions can take on a life of their own, even if you win a lot.

He added: “When I started here four and a half years ago, I had to prepare Ajax for Europe again.


“That worked out and how. This season, I enjoyed our home game against Borussia Dortmund in the Champions League the most. It was of such a high level, comparable to those matches in Turin and Madrid,” he said in reference to Ajax’s run to the Champions League semifinal in 2019 when they won away at both Juventus and Real Madrid, knocking both giants out of the competition.

Last October’s 4-0 home win over Dortmund was one of the six games that Ajax won in the Champions League group phase but they were then surprise losers in the round-of-16 to Benfica.

“We have had a lot of setbacks this season,” Ten Hag added. “I had to use more players than I actually wanted, especially in the last few weeks. But I’ve said before that we have more than 11 starters. And we have seen that young players are breaking through again.

“The foundation of Ajax is good. We have also created a culture of winning. We have been hard to beat in the past few weeks.”

Ten Hag also revealed something of the philosophy he will take to the Premier League next season.

“It’s only about one thing: winning. We prefer to do that with good football,” he said. “That has not always been successful in recent weeks, but we have always been there as a team. But if you add everything together, and add statistics and data together, we are the deserved champion.”