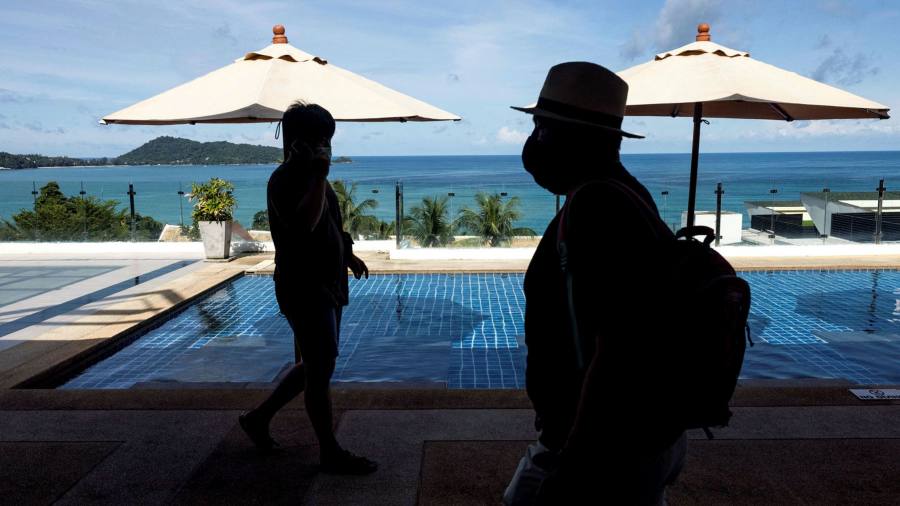 The British government has slashed its Covid-19 travel “red list” of countries from 54 to just seven from which travellers must still go into hotel quarantine on arrival in England.

Ministers announced on Thursday evening that the toughest restrictions would only remain on a clutch of destinations in Latin America: Peru, Ecuador, Colombia, Panama, Venezuela, Haiti and the Dominican Republic.

The decision means that people coming from 47 previously red list destinations — including Brazil, Argentina, Thailand and South Africa — will no longer have to pay to stay in a hotel for 11 days after arriving in England.

The cost of the quarantine in a government-designated hotel, most of which are near airports, is around £2,200 for one person.

“The measures announced today mark the next step as we continue to open up travel and provide stability for passengers and industry while remaining on track to keep travel open for good,” said Grant Shapps, transport secretary.

In a further liberalisation of travel rules, travellers arriving from a broader range of countries can now avoid isolation if they test negative within two days of arriving, so long as they can prove they are fully vaccinated with jabs made by BioNTech/Pfizer, Moderna, Janssen or Oxford/AstraZeneca.

Those who do not have the recognised jabs must still isolate for at least five days, albeit not in a hotel.

“I’m also making changes so travellers visiting England have fewer entry requirements, by recognising those with fully-[vaccinated] status from 37 new countries and territories including India, Turkey and Ghana,” Shapps tweeted.

The government has previously signalled it would soften the rules around testing by allowing travellers to take a cheaper lateral flow test rather than the gold-standard PCR test on arrival although it remains unclear when this change will come into force.

Travel companies welcomed the announcement as a step towards the return of normal international travel.

Heathrow airport said the reduction of the red list and extended vaccination recognition would “restore vital trade routes”, while British Airways said “it finally feels like we are seeing light at the end of a very long tunnel”.

Karen Dee, chief executive of the Airport Operators Association, said the move was “another significant step forward to normalising international travel and should give people confidence to book.”

But some within the industry called on ministers to go further, including removing testing completely for vaccinated passengers and announcing a date from when the PCR tests on day two will switch to the far cheaper lateral flow tests.

Tom Jenkins, chief executive of the European Tourism Association, said that despite the changes announced on Thursday foreign visitors would still be put off by the laborious form filling and cost of testing.

“There is now a real aversion to coming to the UK because of these restrictions. These regulations are almost entirely designed around the needs and wants of British voters wanting to go from the UK on holiday. Visitors wanting to come to the UK are off the agenda at the moment,” he said.