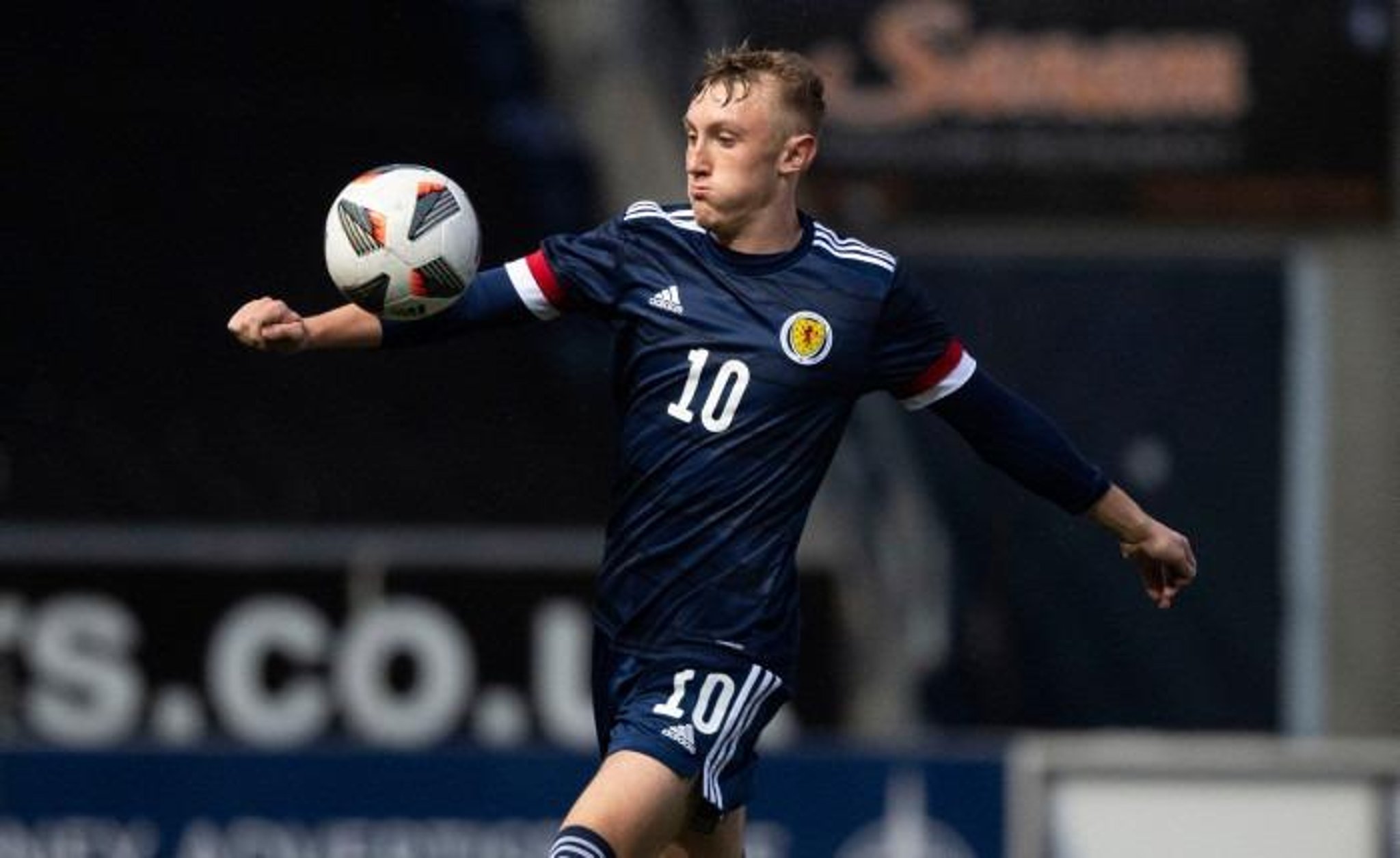 The youngster has caught the eye of the Champions League quarter-finalists with a transfer deal being lined up, however Saints will keep the teenager as long as they can, Robonson insisted.

Their hand may be forced though Robinson admitted in light of interest from one of European football’s big names.

Robinson said: “Dylan is certainly still our player and will remain so until someone tells me different.

“We’re at the mercy of the bigger clubs unfortunately. That’s the way of the world and they buy them younger and younger.

Robinson hopes he can stay in Scotland longer to develop but the interest highlights the work being down by the Buddies in bringing on players including the Scotland under-17 who will be in Israel with the national team later this month for this summer’s European Championships which kick off against Denmark on May 17.

Dylan Reid in action for Scotland during a UEFA Under-17 Championship Elite Round match between Georgia and Scotland. (Photo by Craig Foy / SNS Group)

“Hopefully we can develop him into a first-team player because he is still a baby,” Robinson added to the Paisley Daily Express. “St Mirren is a club that gives pathways to young players, that’s very clear and there’s a good job being done by our academy.”