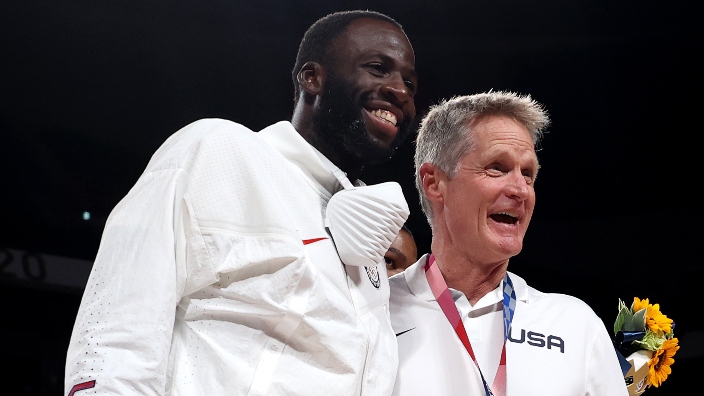 When Tennessee meteorologist Joey Sulipeck tweeted about the ejection of Kyle Anderson during the third quarter of Saturday’s playoff game between the Memphis Grizzlies and Golden State Warriors, he posted, “And chew on this: Draymond runs his knuckle-dragging open mouth ALL GAME LONG, but mild-mannered Kyle Anderson disputes one call and gets ejected? Next level jackassery.”

His tweet was deleted, but Memphis football reporter Evan Barnes captured it and shared it, writing, “Emotions are high right now among teams and fans over the play in question but this right here? @joeysulipeck – unacceptable. Memo to @FOX13Memphis – talk to your mans and check him. This is over the line and I won’t stand for it. This is bullsh-t.”

Sulipeck’s tweet drew backlash online, but Warriors star Draymond Green and head coach Steve Kerr said they are not surprised by the comment.

“Does it surprise me that a weatherman would tweet a slur at Draymond in 2022? Not in the slightest,” Kerr said, according to NBC Sports. “This is America. This is how we operate.”

Green shared an Instagram Story where he also wrote, “Are you surprised?” He has reportedly declined an apology.

According to the Miami Herald, Sulipeck’s tweet is under investigation by his station, Fox 13, whose officials said that his words did “not reflect the values of FOX13” and that they will “will take appropriate action pending a full investigation.”

Game FIve of the Warriors vs. the Grizzlies is Wednesday night. The Bay Area team currently leads the series 3-1.