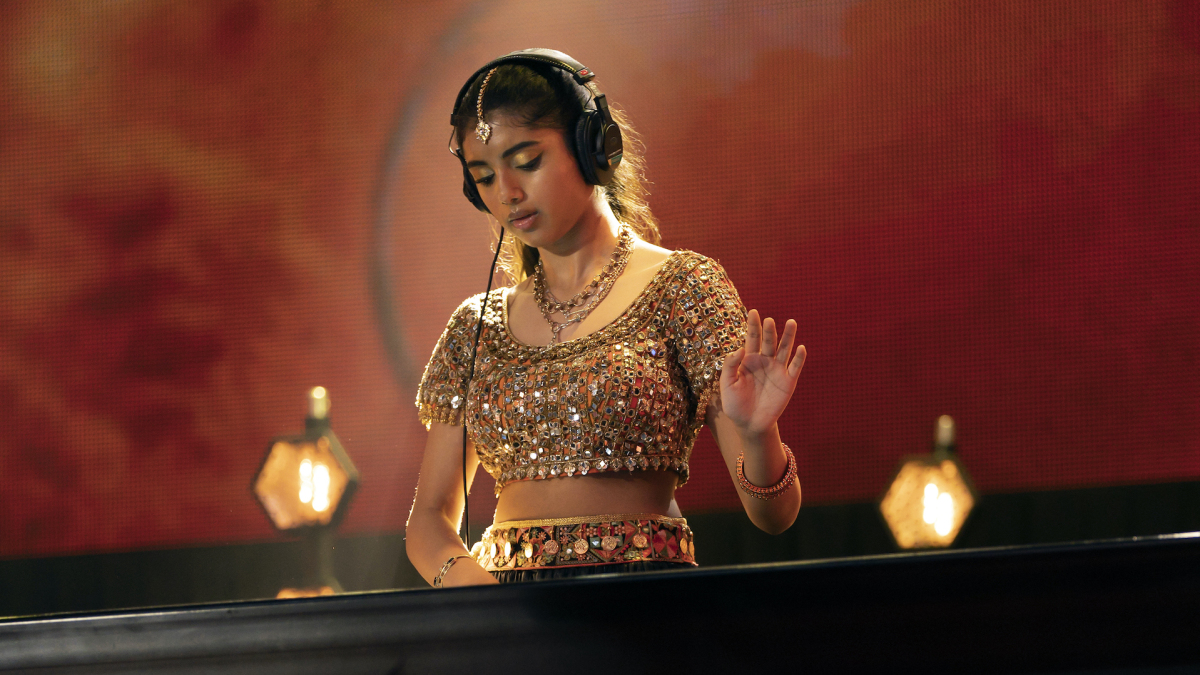 I grew up on Disney Channel original movies (DCOM!) and I regret nothing.

From the competitive thrill of Brink! to the iconic Zenon: Girl of the 21st Century to the eerily prescient Smart House and deeply weird The 13th Year and everything in between — there is nothing I loved more on weekdays in the early 2000s than booting up Disney Channel and watching a movie I’d already seen for the 80th time.

I will confess, however, that I did not expect to be enchanted by a DCOM at the wise old age of 30, which is when Disney released Spin, the story of an Indian American teenager learning how to DJ. The film was written by Josh A. Cagan and Carley Steiner and directed by Manjari Makijany.

Avantika on the poster for Disney Channel’s “Spin.”
Credit: Disney

Spin stars Avantika, a familiar face to House of Mouse fans who watched Diary of a Future President or caught her voice work in Mira, Royal Detective. The 16-year-old is a natural, with the exact mix of cautious confidence and hope that has endeared so many DCOM protagonists to audiences over the years. Spin cements her immediately as a star.

The cast is rounded out by Jahbril Cook, Anna Cathcart, and Kerri Medders as Rhea’s friends, and Meera Syal and Aryan Simhadri as her grandmother and little brother, respectively. Bollywood’s own Abhay Deol proves an excellent fit as Rhea’s high-strung but never overbearing father, a widower running a restaurant and keeping his family afloat.

Spin charms in countless ways, but there are aspects to it that only a DCOM can pull off. I would raise my eyebrows up to my hairline if another movie had these two literal children running their father’s restaurant every night, but in Spin I could only laugh and roll with it. Like a Netflix holiday movie or Bollywood itself, we suspend disbelief to enrich the viewing experience.

South Asians are more visible than ever in Hollywood but they’re still experiencing many firsts. Avantika’s face on a DCOM poster speaks for itself in the Disney+ library. And though I watched the film as an adult and a critic, it was impossible not to feel like my preteen self obsessing over Disney Channel movies every night. I suspect there are those who will roll eyes at Rhea mixing Indian clothes into her wardrobe or Bollywood hooks into her music, but I loved it. What could be more triumphant for representation than this character embracing her identity both outside and in, wearing it not as a burden but a proud banner?

She didn’t know it, but 2004 me very much wanted to be in her own Disney Channel movie. She wanted to find wonder amidst the mundane, to feel like every day was an adventure, and every crush was actually a potential romance. I never craved a story like Spin because I simply didn’t know I could — it wouldn’t have looked or felt like what was on my TV every night back then. But my life, and the lives of people who look like me, can be movie-worthy too.

South Asian stories on TV or at the movies have typically centered our identity to fuel the plot. Spin is revolutionary because it doesn’t feel that way at all; it joins the delightful DCOM movie library and feels completely at home.

Spin is now streaming on Disney+.