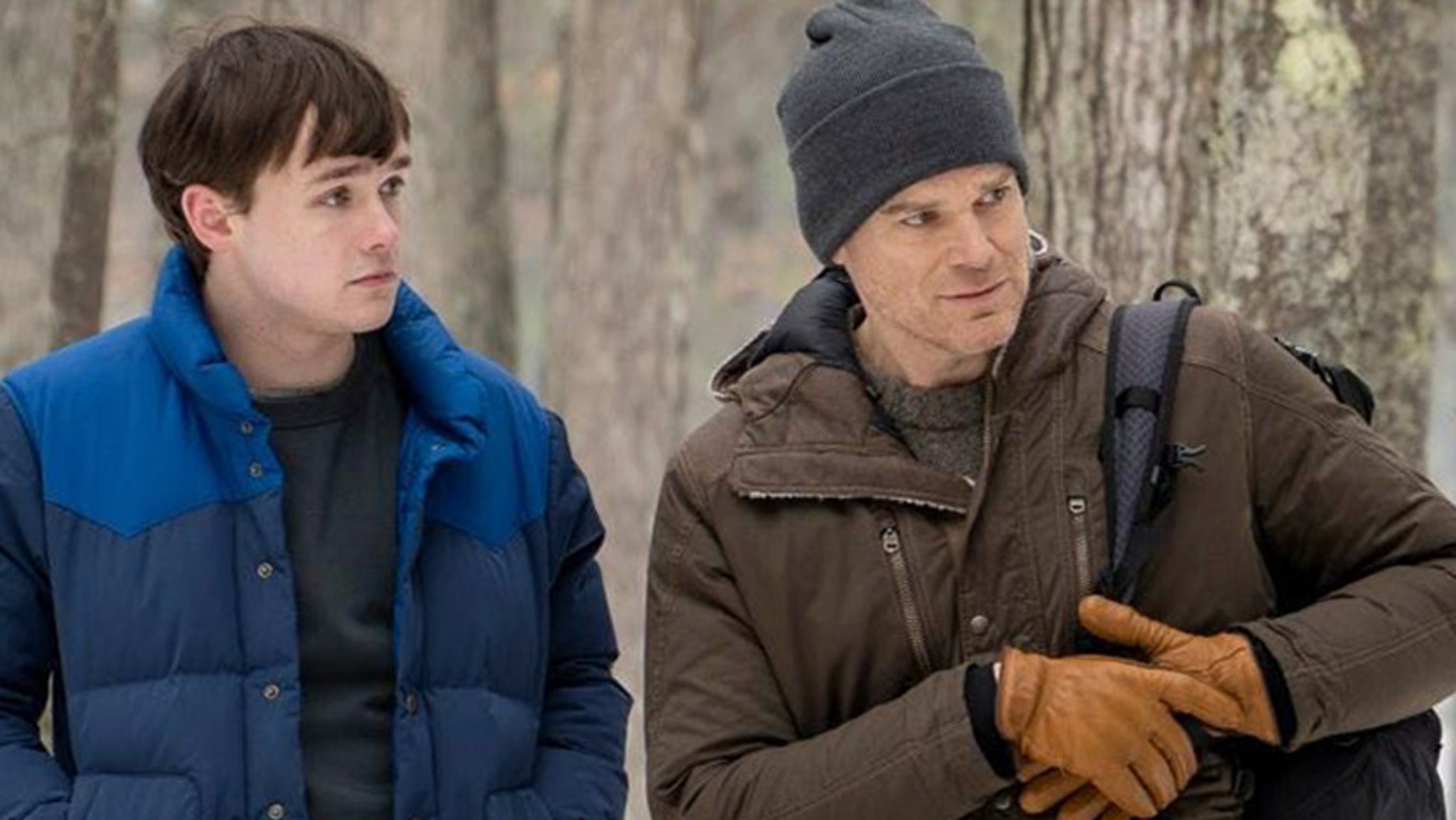 Clyde Phillips knew how he wanted this season of “Dexter: New Blood” to end, and where he could go next with the serial killer’s story.

While fans of Showtime’s breakout sequel series “Dexter: New Blood” are awaiting Sunday night’s big finale, the episode is already streaming on Showtime. In other words, there are major spoilers out there — and major spoilers right here!

Seriously, if you don’t want to know what happens in the epic finale of “Dexter: New Blood,” you should probably bookmark this and come back after you’ve seen it. Fans of the serial killer drama will definitely not want to miss its biggest chapter yet!

One last chance, one final Spoiler Warning! From this point forward, we are going all in with what happened, when showrunner Clyde Phillips knew this was how he wanted to end this chapter, and what could come next.

Fans who’ve been wondering just how long the elusive serial killer Dexter (Michael C. Hall) could evade his comeuppance need wonder no longer. After ten fresh episodes of fresh blood, Dexter spilled his own in the finale of “New Blood,” which served as his finale, too.

There were a lot of mixed feelings among the cast in the final moments of the anti-hero, and likely with fans, too. It’s always been with mixed emotions that fans have embraced the character of Dexter Morgan, considering just how dark his dark passenger has been over the years.

And as the collateral damage has mounted in his journey to kill the deserving as part of his own personal code, it became harder and harder to differentiate Dexter’s actions from those he’s targeting. In both cases, now, innocent people were dying.

Perhaps appropriately, it took Harrison to open Dexter’s eyes and see just how dark he’d allowed himself to become, shouting at his father, “Open your eyes and see what you’ve done.” A flashback sequence of all the innocent blood shed serves the same purpose for us.

And so it was that in the finale of “Dexter: New Blood,” it wasn’t the innocent who died. It was Dexter himself. And perhaps tragically — or intriguingly — it was his own son who took him down.

It’s definite closure, even as it opens a fascinating new door. And while it’s perhaps too soon to tell if fans will feel this is a more satisfying ending to Dexter’s story, we have to say that we think Phillips and his team actually pulled it off.

“How often does a show get to do a second finale? I think the answer is never,” Phillips told Deadline (clearly unaware of this era of revivals he’s become a part of). “With the bad taste that the original finale left in everybody’s mouth, we had this rare opportunity to redeem the show and to give the audience the respect it deserves, the authenticity it deserves, and the gratitude for sticking with us.”

Andrew Garfield on the Scene That Convinced Him to Return, Whether He’d Play Spider-Man Again

Phillips said that from the beginning he knew that this was how Dexter’s story had to end, and he said as much to Hall when the two spoke more than two years ago about coming back to revisit this character.

There was also a sense of rightness that it was Dexter’s own son Harrison who took down his father, doing so after he discovers that Dexter killed Sgt. Logan, yet another innocent in Dexter’s long line of death even beyond his code.

It was, in fact, Dexter himself who coached his son through the process of shooting and killing him properly after Harrison pulls the rifle on him. Dexter has finally come to realize that any chance Harrison has at a better life is gone with Dexter still in the picture — though we’re not sure killing his father is going to necessarily be the healthiest move for his future, either.

No one said Dexter was working from a full deck of stability. We’re not so sure about Harrison, either, if we’re being honest.

Perhaps surprisingly, after Angela comes up on the scene quick enough to know exactly who fired that shot, she doesn’t immediately take Harrison down and take him in. Instead, she gives him getaway money and a vehicle and tells him to hightail it out of there.

In other words, as so many have done before in Dexter’s circle, she let a killer go free.

Harrison’s final moments see him finding a note Dexter had written to his mother, Hannah. In the letter, Dexter revealed not only that he was alive, but that he was going to intentionally stay out of Harrison’s life in hopes he would be able to have a normal one. We see how well that worked out.

In the end, Harrison was driving away as police were driving in. So … that’s the end of Dexter, but is it the end of “Dexter”?

“It’s up to Showtime to make the call to me if they want more,” Phillips told Deadline. “If they ask me if I’d like to make a continuation of this, I would say yes. I have a lot of things going on but I would drop everything for this and say yes in one second.”

Confirming definitively that “Dexter is dead,” a continuation for Phillips would seem to clearly shift the focus to his son. “Harrison is such a complicated character and he has within him the seeds of the dark passenger. He’s capable. Look at that takedown of Dexter in the end, what’s in Harrison is that he has to kill this man.”

Phillips broke down some of the huge differences between Dexter and Harrison, differences that would inform a wholly new vision of this world should “New Blood” continue. “Harrison brings a different perspective to the vigilantism of it all than Dexter did, which was kind of surprising to Dexter,” Phillips explained.

“He brings this youthful, optimistic innocence, that he and his dad are basically Batman and Robin. Think of every time we take out one of these bad guys how many lives we’re saving, that this bad person is not going to kill. Dexter never thought of that. Dexter was only taking out bad guys because that was his code.”

Many of Dexter’s supporting players are still out there, too, including his sister Deb, who was with him in his final moments. It’s hard to imagine a show in this universe without her — she’s been as constant a presence in Dexter’s life and the show as Dexter himself.

With both of his parents now dead, it’s hard to imagine Harrison never turning to his Aunt Deb, should we get the chance to continue his story. We can also see Angela returning after she wraps up Dexter’s case, and probably takes responsibility for shooting him (in self defense).

For those who haven’t already watched it streaming — and are still with us for some reason — the “Dexter: New Blood” finale airs Sunday night at 9 p.m. ET on Showtime.