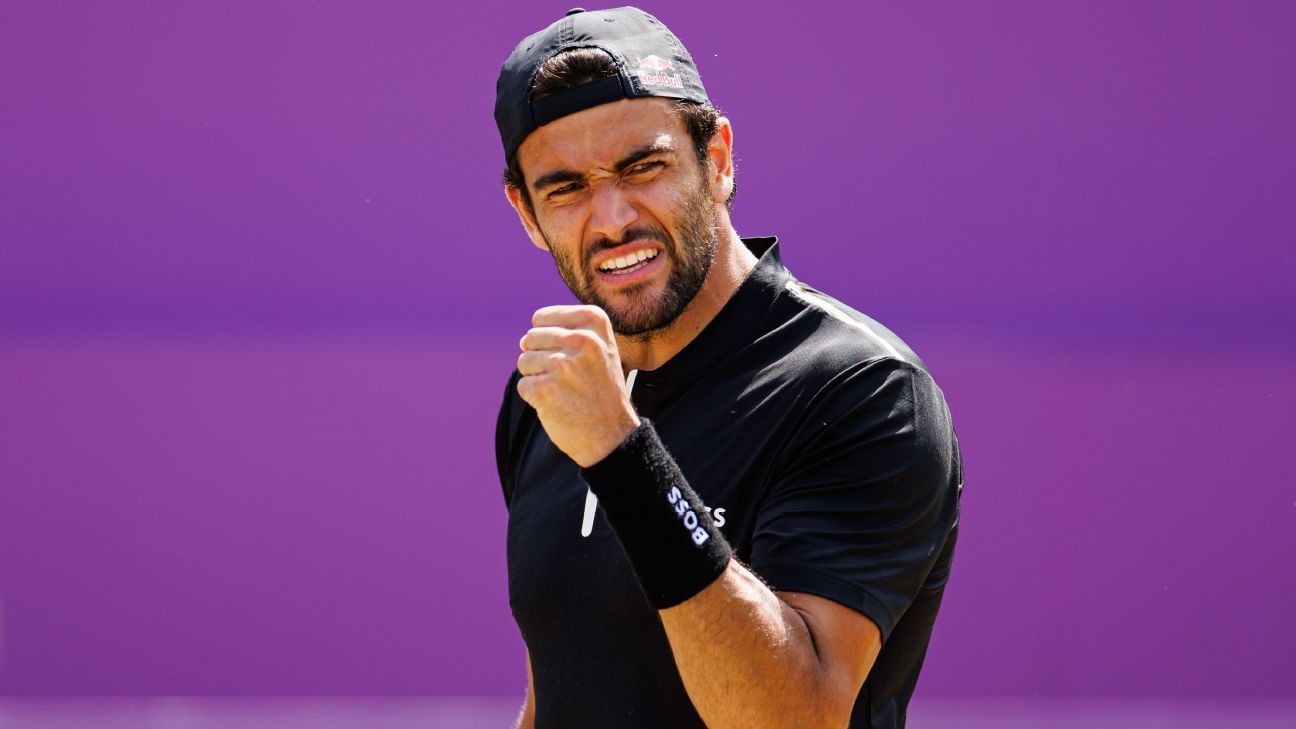 Matteo Berrettini is back into the Queen’s Club semifinals and still hasn’t lost since his return to competitive play after three months out with a hand injury.

The second-seeded Italian beat Tommy Paul 6-4, 6-2 on Friday and will play Botic van de Zandschulp of the Netherlands for a place in the final at the grass-court tournament.

Berrettini’s first tournament back after injury was last week on grass in Stuttgart, where he beat Andy Murray in the final on Sunday.

He is the man to beat this week, too, in his defense of the title at the Wimbledon warmup event. Berrettini won the 2021 tournament at Queen’s — only losing one set all week — and followed that up by reaching the Wimbledon final, losing to Novak Djokovic after taking the first set.

Having struggled against lucky loser Denis Kudla in a second-round match that went three sets, Berrettini was back to something close to his best against an opponent in Paul who had defeated sixth-seeded Denis Shapovalov and Stan Wawrinka to get to the quarterfinals.

Berrettini sealed victory with an ace down the middle and relied on his big serve, winning 82% of points on his first serve.

Van de Zandschulp, who is unseeded and ranked No. 29, beat Alejandro Davidovich Fokina of Spain 6-2, 6-4.