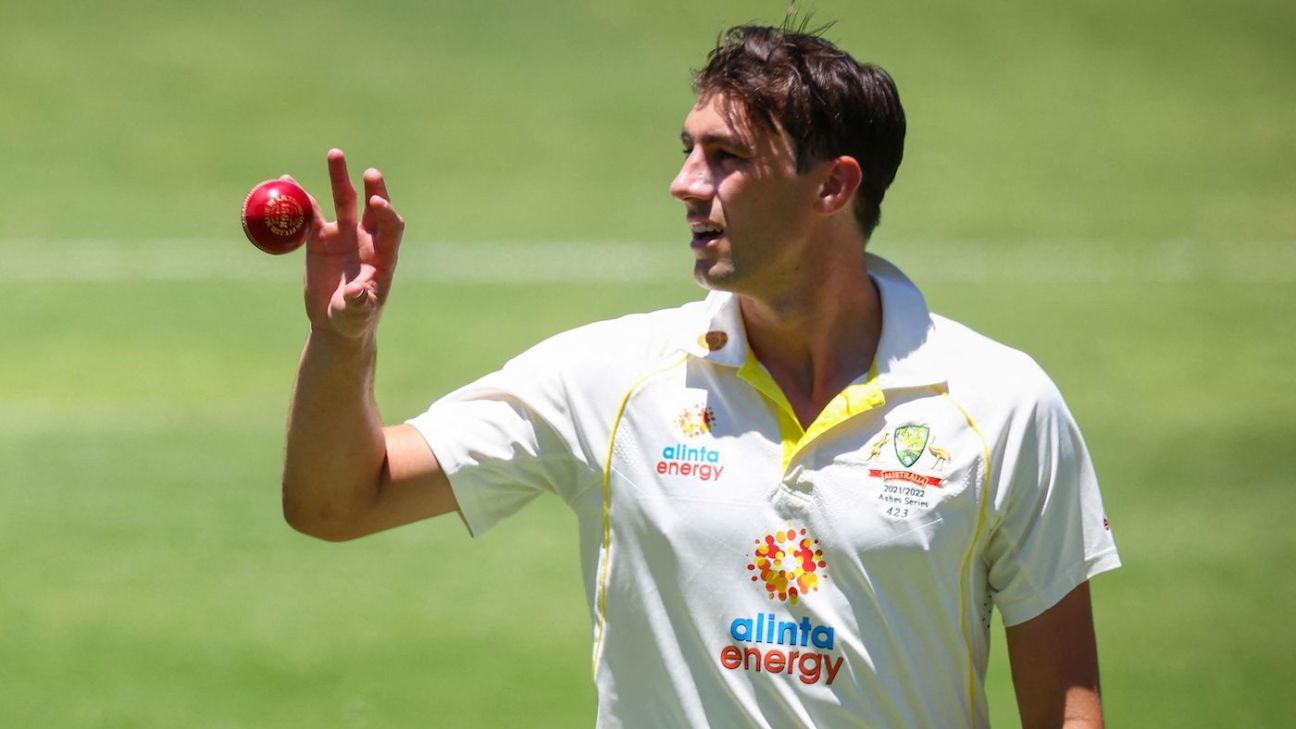 Australia captain Pat Cummins has been ruled out of the second Test in Adelaide after being deemed a close contact of a Covid-19 case at a restaurant on Wednesday night. Steven Smith will lead the team in the day-night contest.

First reported in Nine newspapers, Cummins was dining at an Adelaide restaurant with his brother and Adelaide Strikers’ bowler Harry Conway when a patron on an adjoining table was identified as a Covid positive case. Cummins immediately left the restaurant and alerted authorities. He has since returned a negative PCR test but is required to isolate for seven days.

Cricket Australia said that Mitchell Starc and Nathan Lyon were at the same restaurant as Cummins but at a separate table outdoors. South Australia Health deemed them casual contacts and they are free to play.

Players have not been in strict bubbles for the start of the series in Brisbane and Adelaide and Cummins did not break any protocols.

Discussions between CA and health authorities went on throughout the night but there was no way that Cummins could be cleared for the match.

“Gutted to miss this Test but really excited to see Neser finally get his chance in the baggy green,” Cummins tweeted. “He has done the hard yards and is a seriously skilful player. Super frustrating but COVID has thrown us all some curve balls over the last couple of years. Will be cheering along!”

This is the most significant impact Covid-19 has had on a professional cricket match in Australia. Earlier this season Victoria allrounder Will Sutherland tested positive which resulted in a Sheffield Shield match against New South Wales being delayed by a day.

Gutted to miss this Test but really excited to see Neser finally get his chance in the baggy green. He has done the hard yards and is a seriously skilful player. Super frustrating but COVID has thrown us all some curve balls over the last couple of years. Will be cheering along!

“Not only [are we] taking the advice of the authorities but also having in mind what it means for the continuity of the tour, what we do know is that Pat was a close contact and we want to make sure we can continue with the tour,” Nick Hockley, the CA chief executive, said. “The steps we’ve taken are consistent with anyone else in the community so a prudent approach to keep the tour going. People are quite philosophical that this is the world we are in. There were no other options.”

Hockley said that he was comfortable with the protocols in place around this Test regarding what players are allowed to do but they are under constant assessment and will likely be tighter in Melbourne and Sydney where there are higher cases.

“We’ve got protocols that flex according to the risk level so we are looking at it every single day. The protocols include players needing to dine in small groups,” he said. “They are designed to mitigate the risk that we’ve seen unfold here. We are all devastated that Pat is unable to play but it is the protocols working to have only one player taken out.”

“Certainly our chief medical officer and our medical team will be working with the playing group, with the ECB and their medical staff to make sure over the course of the rest of the Test match and over the rest of the tour, that we’re mitigating the risk. I spoke to my counterpart this morning and everyone wants to see both sides with their full strength best side out on the park. I think dining outside is a great way to further mitigate the risk.”

Michael Neser will make his Test debut as Cummins’ replacement while Travis Head has been named vice-captain. It means an extraordinary return to the captaincy for Smith who was named Cummins’ deputy following the resignation of Tim Paine last month.

South Australia health rules stipulate that a fully vaccinated close contact of a Covid positive case must get tested immediately and isolate for seven days, as well as undergo tests on day 6 and 13 after the contact.

CA expects Cummins will be available for the third Test in Melbourne which starts on Boxing Day.

Casual contacts only need to isolate until they return an initial negative test. But they do require further tests at day 6 and 13 and must wear a surgical mask at all other times.

There has been a rise in Covid cases in South Australia in recent weeks following the opening of the state border. There are varying testing requirements for people arriving into South Australia depending on where they are travelling from. Anyone required to get a test on arrival does not have to isolate while waiting for the result.

Australia were already without Josh Hazlewood for the second Test due to a side strain with Jhye Richardson coming into the team.