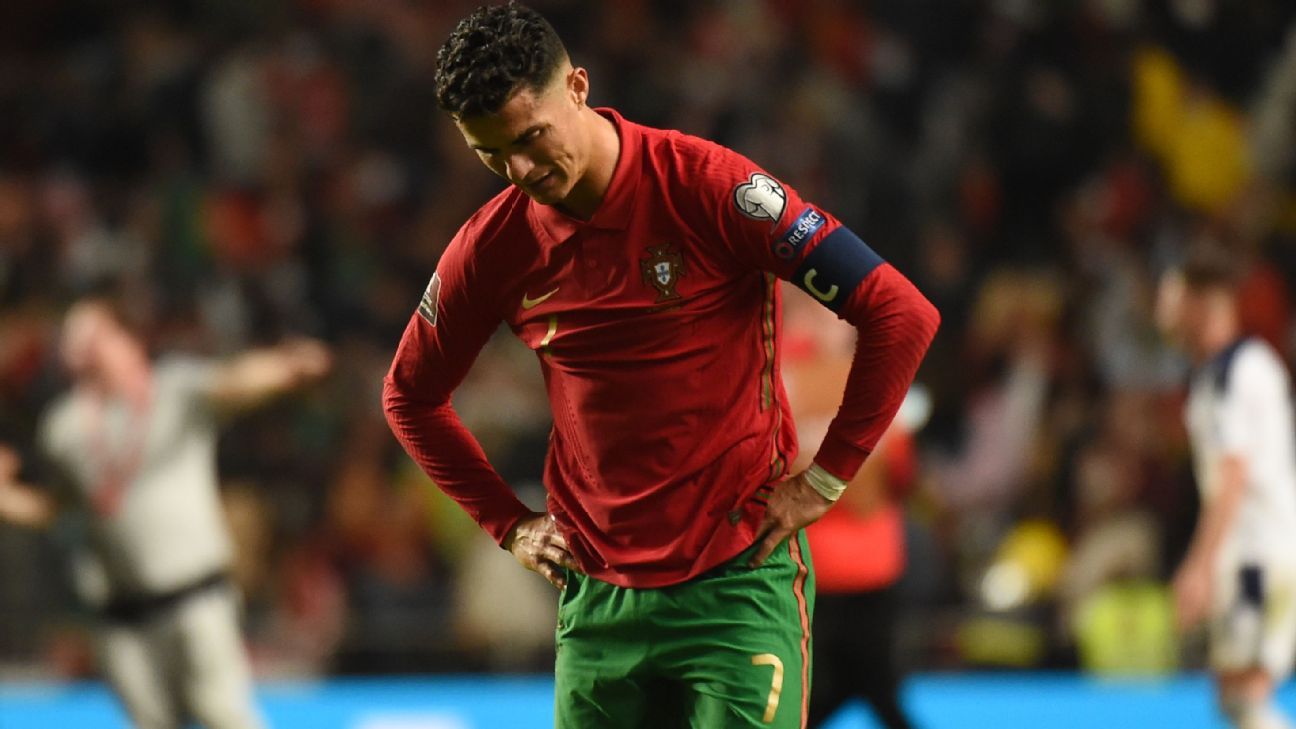 Portugal and Italy, winners of the last two editions of the European Championship, failed to top their World Cup qualifying group, missing out to Serbia and Switzerland respectively.

– Europe: How every country qualified for the World Cup
– World Cup 2022 qualifying: How it works around the world

It means both must enter the new playoff system, featuring 12 teams battling for three places at Qatar 2022, and while both are seeded in the semifinal draw they could be placed into the same path and play each other.

The six seeded nations will be at home in the semifinals, which are one-legged ties to be played on March 24, and will be drawn to play one of the unseeded teams.

The teams will be randomly drawn in order, all seeded teams first, to automatically create the final ties:

The home team in each of these final ties, to be played on March 29, will also be drawn on Nov. 26.

It means the 12 nations will know their two possible final opponents, and if both Italy and Portugal are drawn into the same path they face the prospect of playing each other — and one will not make it to Qatar 2022.

The only restriction on the draw is that Russia and Ukraine cannot be drawn together for political reasons.