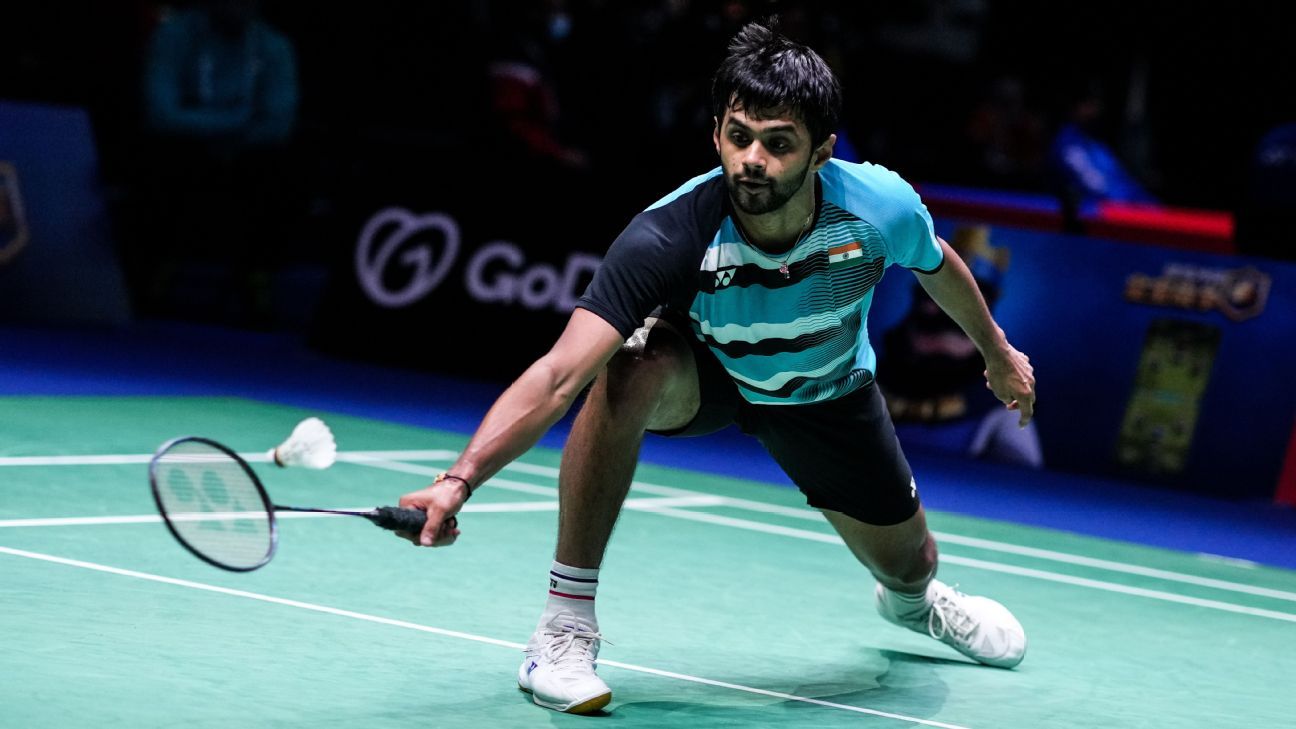 Two days before the India Open, Indian players Sai Praneeth and Dhruv Rawat have tested positive for COVID-19 and have withdrawn from the tournament. Two others – a singles player and one half of a doubles pair have also tested positive.

It is learnt that at least one of the Indian players who tested positive before traveling to Delhi is asymptomatic. Two have undergone re-tests to rule out the possibility of false positives, and are awaiting fresh results. Badminton Association of India (BAI) rescheduled its opening press briefing on Sunday while assuring fans and stakeholders that matters are under control.

This comes after the England squad, according to organisers, withdrew from the January 11-16 World Tour 500 event two days ago ahead of their India trip following two members of the contingent testing positive.

English men’s doubles player Ben Lane had tweeted that COVID-19 tests of his partner Sean Vendy and coach Nathan Robertson weren’t favorable which has forced the fourth seeds to skip this year’s Tour opener. This is the first international badminton tournament being hosted in India in over two years and the climate is grim with cases increasing exponentially across the country.

Top players in the field – including PV Sindhu, Kidambi Sripath, Lakshya Sen and newly-crowned world champion Loh Kean Yew have already arrived in the Indian capital and BAI is going ahead with the closed-door event even as Delhi reels under climbing numbers. On Saturday, the State health department confirmed that 20,181 new cases had been reported in the last 24 hours, the highest since May 5 last year. On Sunday, the numbers reportedly crossed 22,000.

Organisers have said that daily COVID testing will be mandatory before anyone can enter the venue. The top-25 players will undergo them at the five-star official hotel where they’re put up and the rest of the players and personnel involved in the event who are staying at accommodations of their choice, at a testing booth set up outside the IG stadium. Daily testing also throws up the possibility of daily positive cases and pullouts and the six-day tournament runs the risk of at least a handful of them.

A new set of guidelines for inbound international travelers notified by the Ministry of Health and Family Welfare will kick in from tomorrow, January 10, which will require everyone flying in from overseas to be under home quarantine for seven days. “It’s not a worry for us since most of our foreign players have arrived or are arriving before the new rules come into force,” said an official.

The India Open is the first of three BWF events in the country scheduled for the month. Next week, Lucknow will host the Syed Modi Super 300 and it will be followed by the Odisha Open, a Super 100 event.